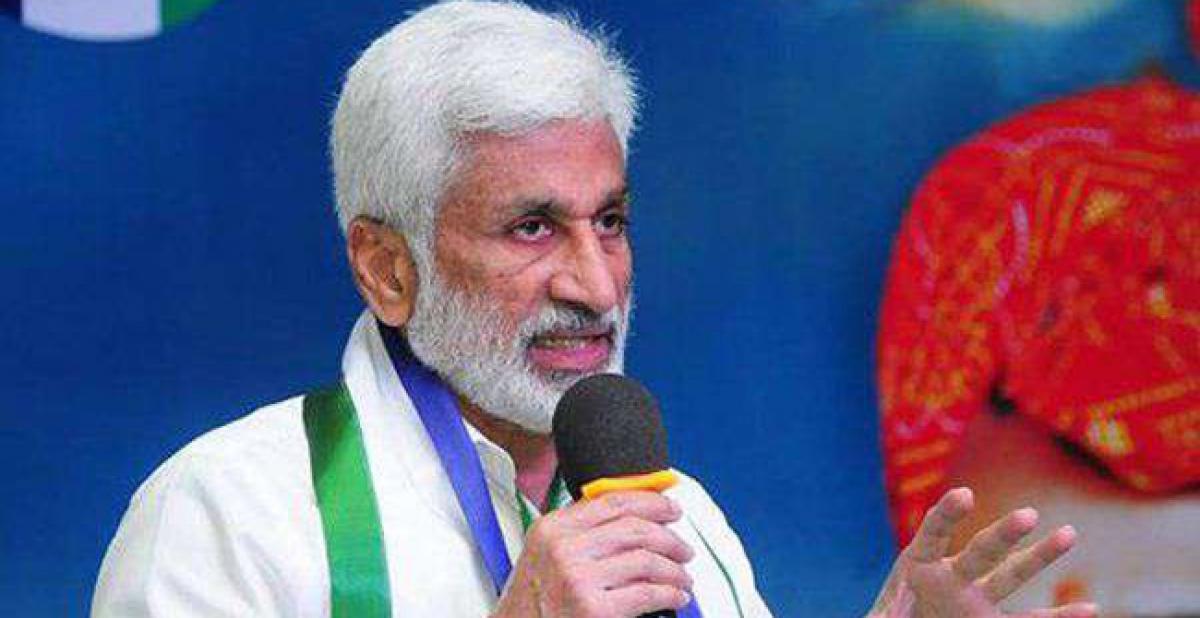 New Delhi: YSRCP MP Vijaysai Reddy staged a walk out from the Rajya Sabha here on Tuesday protesting against the "insignificant time" allotted to his party to speak on the short duration discussion on special category status issue in the House.

Earlier, Reddy had sought at least 15 minutes to present his argument as his party "has been consistently raising the SCS issue in the House and outside too and that the YSRCP MPs of Lok Sabha had even resigned on the same issue."

However, the Chairman of Rajya Sabha, M Venkaiah Naidu insisted that as per the party strength he had allotted two minutes to YSRCP initially; but had given some extension. But Vijayasai Reddy was unhappy over the meagre time allocation.

The MP argued that the two-minutes was only sufficient to explain the background of their demands itself, but not to explain further issues. Congress MP K V P Ramachandra Rao questioned the motive of the TDP in making the SCS issue now and quitting the NDA alliance.

Pointing out that the TDP was quite cosy and comfortable in the alliance for more than four years, he sought to know whether its political move was only dictated by the local political compulsions.

He wondered whether the reason for the differences was over fund flow also as the state government had claimed the cost of land acquisition for educational institutions as Rs 11, 714 crore for acquisition of 2,900 acres whereas the value of the land did not exceed even in Amaravati Rs 50 lakh per acre. There was no sincerity in the arguments of both the TDP and the YSRCP as both had given supporting letters for bifurcation, he added.