"If Someone Calls For Discipline, He Is Branded Autocratic," Says PM Modi 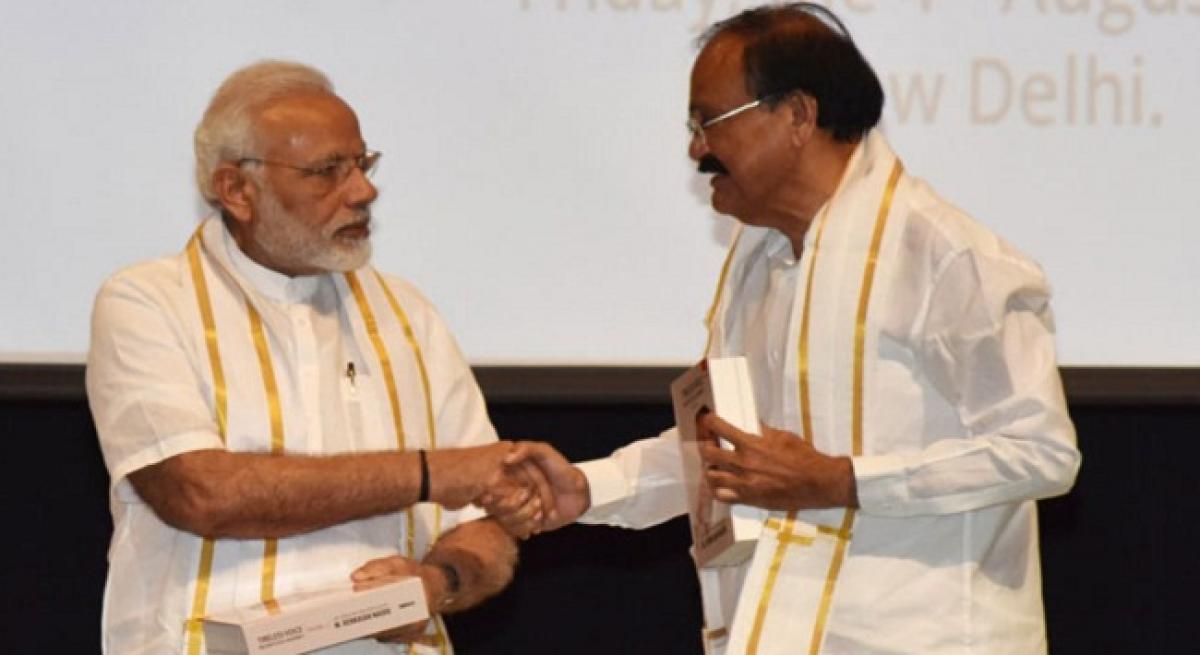 Prime Minister Narendra Modi today said calling for discipline these days is branded autocratic, as he praised Vice President M Venkaiah Naidu for being a disciplinarian

After launching a book on the experiences of Mr Naidu during his first year as Vice President and Chairman of Rajya Sabha, PM Modi said he always provides visionary leadership whenever he gets a responsibility.

"Venkaiah ji is a disciplinarian, but our country's situation is such that it has become easy to call discipline undemocratic. If someone calls for discipline, he is branded autocratic... the whole dictionary is opened. But the discipline Venkaiah ji calls for he himself follows it," PM Modi said.

PM Modi said whichever duty Mr Naidu had performed, he did it with utmost diligence and adapted into that role with ease. "He has been in public life for 50 years. Ten years in student politics and 40 years in state as well as national politics," the Prime Minister said.

The 245-page book titled "Moving On, Moving Forward: A Year In Office" brings out Mr Naidu's "mission of engagement" on four key issues with various stakeholders across the country and its alignment with the mission of a new India in the making.

Mr Naidu says in the book his mission of exploring and shaping public discourse over four key issues took him on extensive travels across the country since he was sworn in as Vice President on August 11 last year.

PM Modi said former prime minister Atal Bihari Vajpayee wanted to give Mr Naidu a ministry in his government, but he said he wanted to be the minister of rural development.

"Venkaiah ji is a farmer at heart. He is passionate about the welfare of farmers and agriculture," PM Modi said.