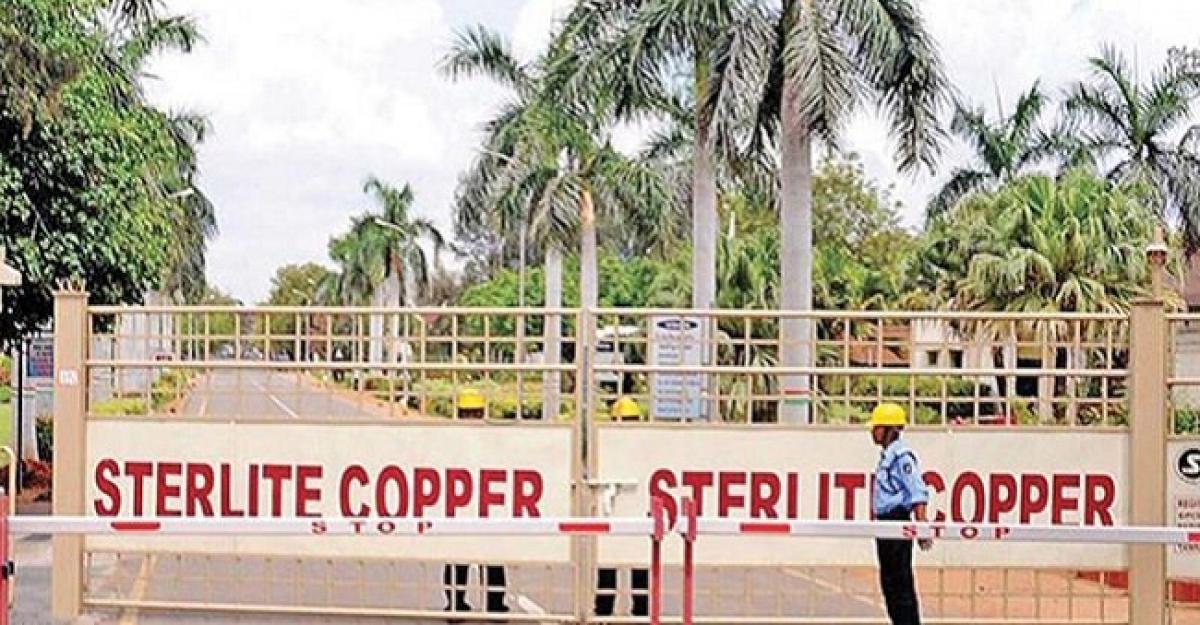 The Tamil Nadu government has rejected the Centres report on groundwater contamination in Tuticorin in the backdrop of the Sterlite controversy, saying it was absolutely vague and seemed to support the Vedanta Ltd unit which was totally unwarranted

Chennai: The Tamil Nadu government has rejected the Centre's report on groundwater contamination in Tuticorin in the backdrop of the Sterlite controversy, saying it was "absolutely vague" and seemed to support the Vedanta Ltd unit which was "totally unwarranted".

The main opposition DMK also lashed out at the report, saying it "angered" the people of the state.

Chief Secretary Girija Vaidyanathan wrote to the Secretary, Ministry of Water Resources, RD and GR (Ground Water), saying Tamil Nadu was "perturbed" that the report had been commissioned without intimating the state government or the statutory authorities, including the Tamil Nadu Pollution Control Board (TNPCB).

Referring to the TNPCB’s refusal to renew consent for the operation of Sterlite Copper Smelting plant in Tuticorin in April, she said this was done after detailed investigation and analysis of all the relevant factors.

"On the basis of scientific studies, the TNPCB has concluded that the level of pollution caused by the Sterlite Copper Smelting Plant has gravely affected the health and safety of residents in the locality, warranting closure of the industry," she said in the letter, dated September 7.

To safeguard the environment, a fundamental duty was imposed on the state by virtue of Article 48(A) of the Constitution of India and the Tamil Nadu government had ordered a permanent closure of the unit, she said.

The circumstances under which the Ministry of Water Resources had asked the Central Ground Water Board to carry out a water quality assessment in that area was "lacking in bonafides" as the TNPCB has not only conducted detailed studies but the matter was also sub-judice, she said.

The matter was pending before the National Green Tribunal (NGT) in Delhi, besides the Madras High Court and the Supreme Court, she added.

Quoting from the report, she said it concludes that the investigation team could not enter into the premises of Sterlite Copper Industry to collect representative samples from inside and outside of the unit since district authorities had sealed it following a government order for its permanent closure.

She said the report had stated that "Therefore, it can’t be stated that M/s Sterilte Industry is only cause of pollution indicated above" and described this conclusion as "totally unwarranted".

"This conclusion, which appears to support Sterlite Industry, is totally unwarranted, besides being absolutely vague and is not supported by any empirical data whatsoever," she said.

Further, it does not appear to be made on any scientific basis and it was not known how the two scientists who have submitted the report have made such a vague and an unsubstantiated statement in the report, she added.

She said the state government "strongly feels that the report is motivated and has been prepared only to prejudice the Tamil Nadu government and the TNPCB cases in various judicial fora."

The law and order situation in and around Tuticorin has returned to normalcy and such an "unscientific report" will likely aggravate it, Vaidyanathan said.

"In view of the above, we reject the report and request you to immediately withdraw the entire report since the competent statutory authority of the State has already conducted a detailed analysis on which a decision has already been taken by the Tamil Nadu government and since the matter is sub-judice before various fora," she added.

Thirteen people were killed in a police firing after violence broke out on May 22 during an anti-Sterlite protest at Tuticorin.

Meanwhile, DMK president M K Stalin lashed out at the report, saying it was an attempt to help Sterlite re-open the plant even as the matter was sub-judice and that it was against the people of Tamil Nadu.

"It is shocking to see the BJP government throw away the welfare of crores of Tamil people for the sake of a private corporate company," he claimed in a statement.

Calling for withdrawal of the report, he also urged the state government to move the court for a stay against it. The report should be rejected at a meeting of the state Cabinet, Stalin added.