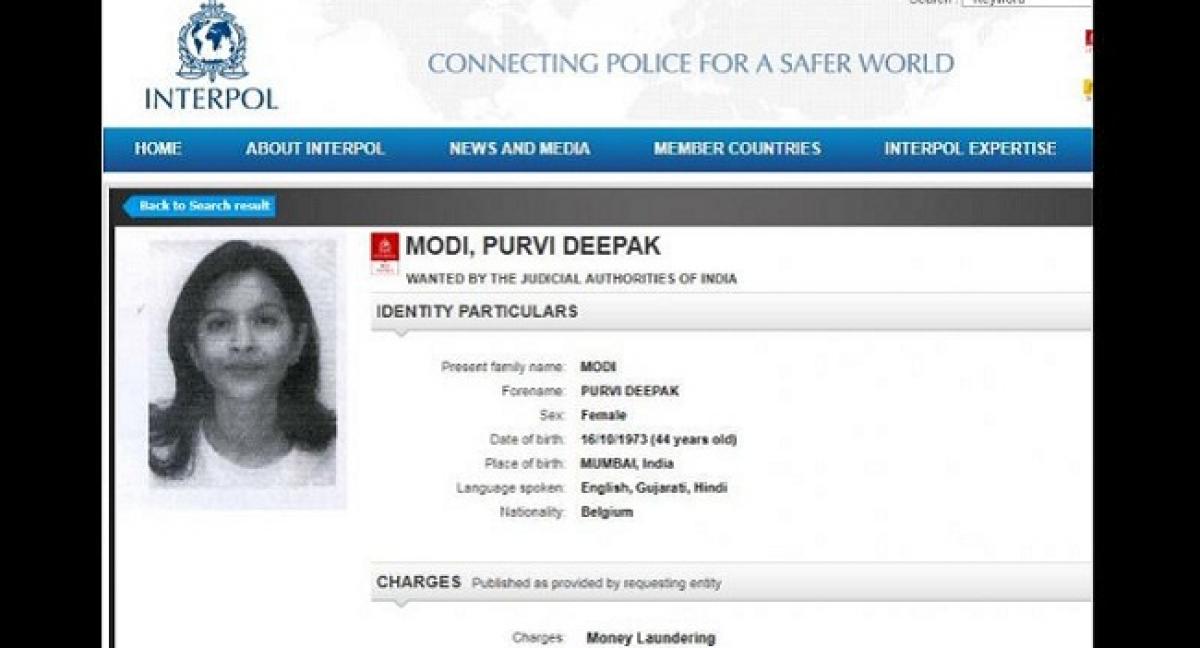 The notice, which acts as an international arrest warrant, states that Purvi Deepak Modi, 44, is required on charges of "money laundering".

The RCN against her was requested by the Enforcement Directorate (ED), officials said. The ED wants her to join investigations to take its investigation in the case forward, they added. It named her in its first charge sheet in the case in March and charged her with laundering the alleged proceeds of crime generated by defrauding the Brady House branch of the Punjab National Bank in Mumbai.

According to the Interpol notice, Purvi speaks English, Gujarati and Hindi and is a Belgian national. Once an RCN is issued against a fugitive, Interpol asks its 192 member countries to arrest or detain the person if spotted in their countries after which extradition or deportation proceedings can begin.

A similar Interpol notice was recently issued against Mihir R Bhansali, a top executive of Nirav Modi's US business concern, on charges of money laundering. A similar notice was issued against Nirav Modi sometime back as part of a joint probe by the ED and the CBI in the case.

The case pertains to cheating the state-run Punjab National Bank through fraudulent issuance of Letters of Undertaking and Foreign Letters of Credit worth over USD 2 billion (about Rs 13,000 crore) by Nirav Modi and his uncle Mehul Choksi, both absconding since the first week of January.