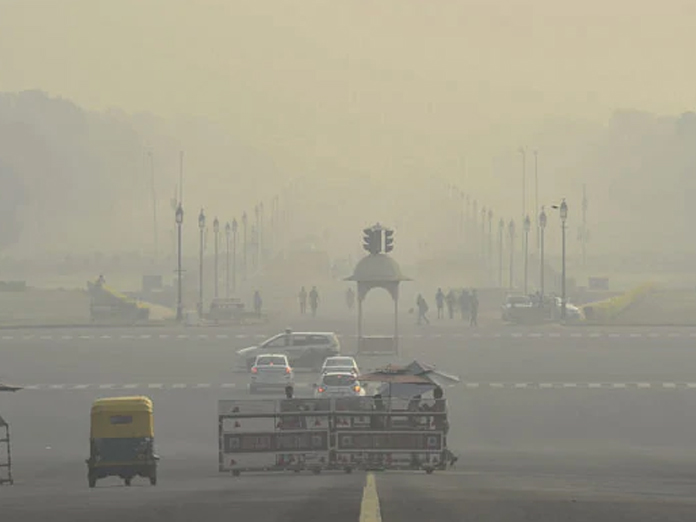 Delhis air quality was recorded in the very poor category after light rains slowed dispersion of pollutants and worsened the pollution situation in the national capital, authorities said on Saturday

New Delhi: Delhi’s air quality was recorded in the ‘very poor’ category after light rains slowed dispersion of pollutants and worsened the pollution situation in the national capital, authorities said on Saturday.

According to the Central Pollution Control Board (CPCB) data, the overall air quality index (AQI) of the city was at 332, which falls in the ‘very poor’ category.

According to the Centre-run System of Air Quality and Weather Forecasting (SAFAR), the overall air quality over Delhi is ‘very poor’.

“This is a typical scenario when a little shower becomes a stumbling block for dispersion of pollutants in spite of not-so-calm surface wind conditions, by introducing huge amount of moisture to make air heavy with drops in temperature, a situation that causes difficulty for dispersion, this process is balancing the air pollution level and keeping it consistently in the lower end of very poor range,” the SAFAR said.

“However, by Sunday, wind speed is expected to slow down but at the same time temperature is likely to increase to make foggy conditions better.

As a result, air quality will slightly deteriorate by Sunday but will remain in ‘very poor’ range for next two days and then will start to improve,” it said.