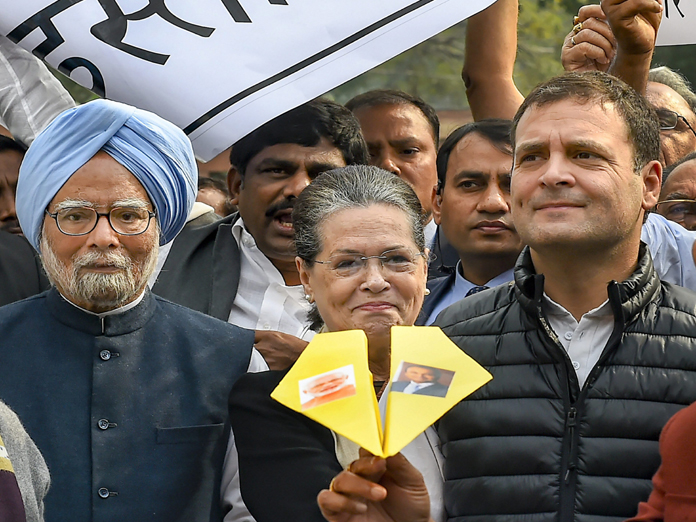 The Rafale deal sealed by Prime Minister Narendra Modis government is 28 per cent cheaper than the one negotiated by the previous Congressled UPA government, says the report of the national auditor CAG

New Delhi: The Rafale deal sealed by Prime Minister Narendra Modi's government is 2.8 per cent cheaper than the one negotiated by the previous Congress-led UPA government, says the report of the national auditor CAG.

The CAG (Comptroller and Auditor General) report was submitted to the Rajya Sabha on Wednesday. It does not include the controversial and key point of pricing, as the Defence Ministry maintained that these details could not be revealed. The parts in the report referring to cost are redacted. The CAG has also highlighted the drawbacks of settling for a 'Letter of Comfort' rather than a sovereign guarantee by the French government.

Highlighting its concerns, the CAG observed that in case of a breach of agreement, India would now have to first settle the matter through arbitration directly with the French vendors. The Congress and other Opposition parties have dismissed the report as biased because auditor Rajiv Mehrishi was Finance Secretary when the deal for 36 Rafale fighter jets was inked in 2016.

The Congress alleges that Mehrishi was "complicit in the irregularities" in the Rafale deal and alleged that "the bungling was happening at the highest level with his direct or indirect complicity and consent". The cost of the basic aircraft is the same in both cases.

But the CAG report says compared to the 126-aircraft deal negotiated by the Congress-led government, India managed to save 17.08 per cent money for the India Specific Enhancements in the new contract. India had wanted 13 specific changes to the Rafale jet to make it more suited to the country's defence parameters. The CAG report suggests that the cost of these upgrades is far cheaper now. Aspects of the deal that are more expensive include engineering support package and performance-based logistics.

"The lies of the Mahajhootbandhan stand exposed by the CAG report," tweeted Union minister Arun Jaitley. "It cannot be that the Supreme Court is wrong, the CAG is wrong and only the dynast is right," he added, taking a swipe at Congress president Rahul Gandhi, who has been pummelling the government with allegations of corruption in the deal to benefit industrialist Anil Ambani.

According to the CAG report, a Defence Ministry team in March 2015 recommended the scrapping of the previous 126-jet Rafale deal saying that Dassault Aviation was not the lowest bidder and the other player, European Aeronautic Defence and Space Company, was not fully compliant with the tender requirements.

The auditor also noted that the Indian Air Force did not define the Air Staff Qualitative Requirements or ASQRs properly, so none of the vendors could fully meet the parameters.

The CAG report details have emerged as a report in The Hindu newspaper on Wednesday said at least three senior Defence Ministry officials among the seven-member Indian Negotiating Team were of the view that the final price offered by the French Government cannot be considered as 'better terms' compared to the deal under the UPA.