JNU gets 3 days to decide on professor’s leave application 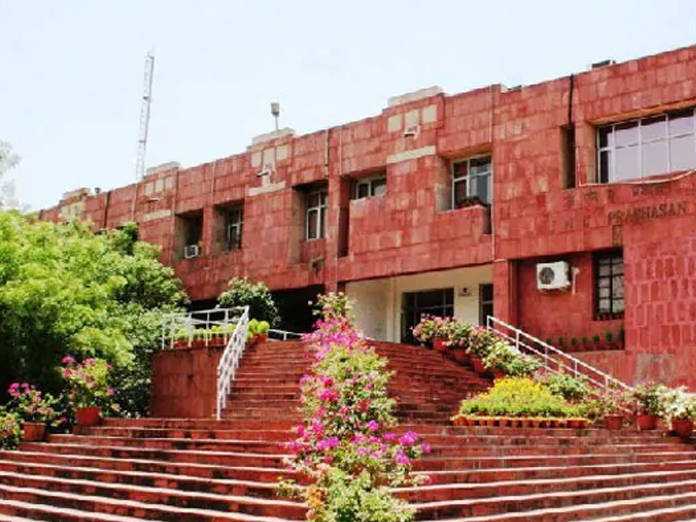 The Delhi High Court told the Jawaharlal Nehru University JNU on Thursday that if it did not take a decision on the leave application of one of its professors within three days, the vicechancellor VC would have to be personally present before it to explain the delay

New Delhi: The Delhi High Court told the Jawaharlal Nehru University (JNU) on Thursday that if it did not take a decision on the leave application of one of its professors within three days, the vice-chancellor (VC) would have to be personally present before it to explain the delay.

“Take a decision in three days, failing which the vice-chancellor shall be personally present in court on the next date,” Justice Suresh Kait said and listed the matter for further hearing on February 26.

The university, represented by the Centre’s standing counsel Monika Arora and advocate Harsh Ahuja, assured the court that a decision would be taken within the stipulated time.

The court direction came on a plea moved by Kavita Singh, Dean of the School of Arts and Aesthetics in JNU, who was yet to be granted leave by the university to travel abroad for a fellowship programme.

In her plea, filed through advocate Abhik Chimni, Singh has sought a direction to the university to consider her application for extraordinary leave from April 6 to July 22 and earned leave from July 23 to July 26.

In her petition, she has said she had initially applied for leave in May 2018, but had received a response from the university, declining her request, in November 2018. However, no reasons were given for the rejection, she has contended.

Thereafter, on January 28 2019, the JNU gave the reasons for rejection of her leave application, saying she was ineligible according to the earlier rules.

Subsequently, Singh had re-applied for leave on January 30, in accordance with the Ordinance for Regulating Leave for Teachers of the University of 2018, but since the JNU had not taken a decision on it, she had moved the high court on February 8.

The court had, on February 8, directed the university to consider Singh's leave application within five days.

However, on Thursday, it was informed that no decision was taken on the matter yet and the application would be put up before the Executive Council of JNU for consideration on Friday.

The court directed that a decision be taken in three days, failing which the VC of JNU will have to be personally present before it on the next date of hearing.