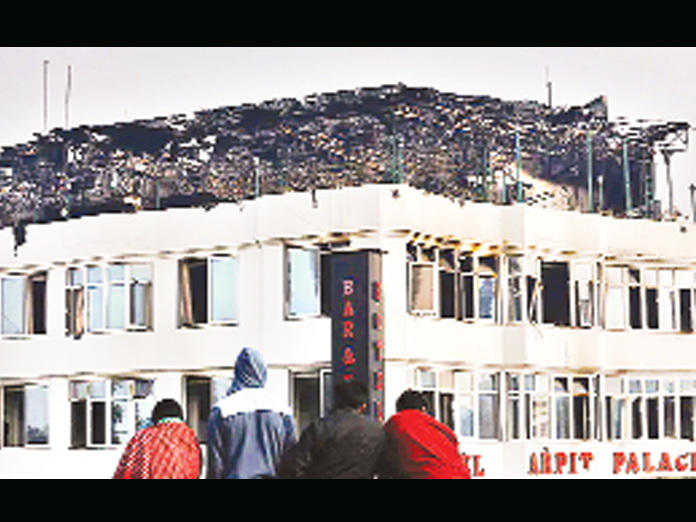 The Delhi government has approved amendments to its building bylaws banning rooftop as well as basement kitchens and stopping issuance of fire safety certificates to guest houses having more than four floors, days after a massive blaze at a hotel in Karol Bagh which killed 17 people

New Delhi: The Delhi government has approved amendments to its building bylaws banning rooftop as well as basement kitchens and stopping issuance of fire safety certificates to guest houses having more than four floors, days after a massive blaze at a hotel in Karol Bagh which killed 17 people.

According to the amendments, the owners of guest houses will have to submit floor plans indicating the use of each floor to the Delhi Fire Services, while applying for no objection certificate (NOC).

An inter-departmental meeting chaired by the Urban Development Minister Satyendar Jain, has approved the amendments in the Delhi Building Bye Laws 2016 with an aim to put in place better fire safety measures in the national capital.

Special directives have been given regarding the use of rooftops, basements, passages and exit routes for curtailing the spread of fire in public buildings through the amendments.

“We have to strictly ensure that no one dies during such fire mishaps in the city,” Jain said while brieing about the amendments on Friday.

The deadly fire at Hotel Arpit Palace in Karol Bagh on February 12 had killed had killed 17 people and injuried three others.

The FIR had said a temporary makeshift made up of inflammable material was erected at the rooftop for the kitchen which was unauthorized similarly the kitchen in the basement was also operating illegally.

The approved amendments to the building bye laws say, “No kitchen will be allowed on rooftops or basements. No cooking activity of any kind will be permitted on rooftop or basement.

It said inflammable materials of construction will not be used in passage, corridors or staircases like wood or foam panelling, carpet and other such material. Gas bank, if any, will be installed conforming to the standards prescribed in the National Building Code (NBC), it added.

“Fire certificates for guest-house will not be issued to those buildings, which have more than four floors (excluding basement and stilt floor), it pointed out.

“The owners or other concerned persons will submit three signed hard copies along with one soft copy in PDF format of all the floor plans indicating the floor-wise use while submitting the application to the fire department for its no objection certificate,” it said.

According to the amendments, carbon monoxide detectors and alarm as per standards prescribed by Delhi Fire Service have to be installed while natural or mechanical arrangements for smoke ventilation of all passages, corridors at each floor level and staircases will also be required.

It also said fire doors having fire resistance rating of not less than one hour at the entrance of staircases at each floor level have to be provided where number of occupants are more than 10 on each floor.