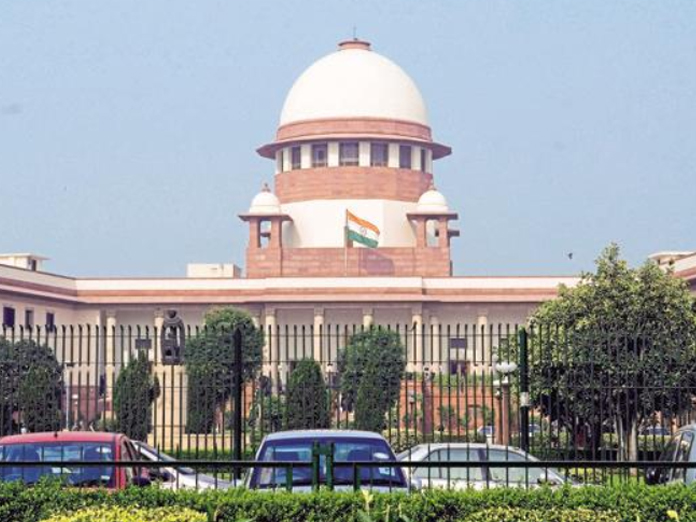 New Delhi: The Supreme Court has commuted to life term the death sentence awarded to a man for killing his wife and five children on the ground of "unexplained delay" of four years by the Madhya Pradesh government in forwarding the mercy petition of the convict to the Union Home Ministry.

The apex court said there was a delay of almost five years in deciding the mercy petition as the state authorities kept sitting on it and did not forward it to the home ministry for four years.

Observing that a mercy petition is the "last hope" of a person on death row, a bench headed by Justice N V Ramana said that convict Jagdish had filed a mercy petition before the jail authorities on October 13, 2009, but his plea was forwarded to the Ministry of Home Affairs on October 15, 2013.

"The mercy petition is the last hope of a person on death row. Every dawn will give rise to a new hope that his mercy petition may be accepted. By night fall this hope also dies," the bench, also comprising Justices Deepak Gupta and Indira Banerjee, said.

"Keeping in view all the circumstances of the case, including the unexplained delay of four years in forwarding the mercy petition by the state of Madhya Pradesh leading to delay of almost five years in deciding the mercy petition and the fact that the petitioner has been incarcerated for almost 14 years, we are of view that regardless of the brutal nature of crime this is not a fit case where death sentence should be executed and we, accordingly commute the death sentence to that of life," the court said.

However, the bench directed that life imprisonment in the case would mean that convict will not be released from jail till his natural death. Jagdish had killed his wife and five children in August 2005 and the trial court had awarded him death penalty in April 2006.

In June 2006, the Madhya Pradesh High Court had confirmed the death sentence awarded to him and later in September 2009 the apex court had dismissed his appeal.

Jagdish had then moved the apex court challenging the rejection of his mercy petition on the ground that there was a delay of almost five years in deciding the mercy petition and his death sentence should be commuted to life imprisonment.

In its verdict, the apex court said that Madhya Pradesh government has given no explanation for the delay of over four years in forwarding the mercy petition to the home ministry.

"As far as the Government of India or the Secretariat of the President of India is concerned, there is no delay in dealing with the mercy petition and the same has been dealt with expeditiously," the bench said.

"The delay in forwarding the (mercy) petition is totally unexplained and this court cannot countenance an unexplained delay of more than four years. We are dealing here with the case of a person who has been sentenced to death," it said.