Artistes to ‘push limits’ in their fight for democracy 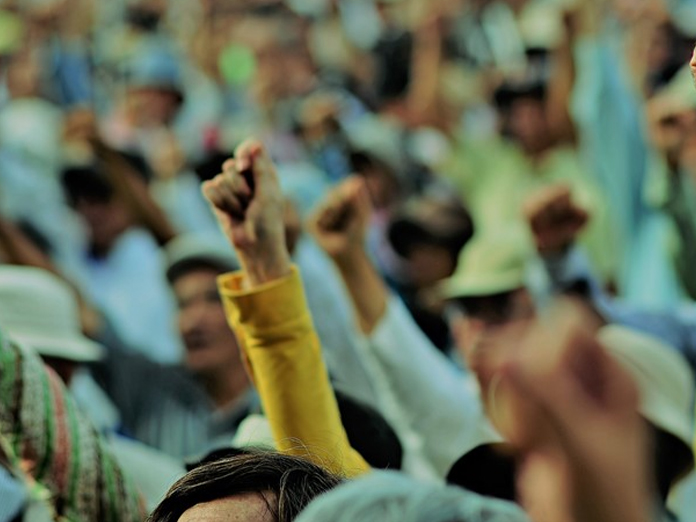 In a first of its kind festival of the arts being held under the banner Artistes Unite AU, over 200 artistes across cultural disciplines will come together over the weekend to resist the politics of hate and to stand up for democracy

New Delhi: In a first of its kind festival of the arts being held under the banner “Artistes Unite (AU)”, over 200 artistes across cultural disciplines will come together over the weekend to “resist the politics of hate” and to “stand up for democracy”.

There will be music, dance, poetry, theatre, cinema and more at the two-day festival, which will held against the historic backdrop of the Red Fort in the 15 August Park. The artistes, including indie group Kabir Cafe, Kathak dancer Aditi Mangladas and artist Arpita Singh, will unite as a community to “push the limits and ask the big questions” over the course of the two days of the convention.

“AU came together as a platform because we as citizens and artistes felt that we must come together to resist the culture and politics of hate, and speak up for democracy,” documentary filmmaker Saba Dewan told PTI.

The seeds of Artistes Unite were sown during the first Not in My Name! campaign also helmed by Dewan, in 2017 that was organised to protest against the lynching of 16-year old Junaid aboard a train en route Haryana.

“After Junaid’s death, it felt like we had begun to change as a country... that the constitution was under threat. I think all of it became a reality for a lot of us, because it happened in public transport and we realised that it could happen to any one of us too,” Mandeep Raikhy, a dance practitioner, told PTI.

The artistes then went on to sign a declaration in December 2018 to assert that democracy was not a majoritarian project to enforce uniformity of language, behaviour and culture. “Democracy is the celebration of a collective will for peace, of living together with dignity and equality,” the declaration which has been signed by over 700 artistes till now, reads.

The March 2-3 convention, organised as part of the artistes’ resistance, will feature different art forms, ranging from dance, dastangoi, documentary film, hip-hop, magic, to mushaira, music, performance art, photography, poetry, rap and reggae, theatre and the visual arts, from 11 am to 10 pm.

While a lot of artistes are yet to decide what they will showcase on this platform, Raikhy said he had decided against performing an “already solidified act”. Instead, he will call for a community dance where anybody from the audience will be able to join the dancers on stage. “I wanted to blur the boundaries between an artist and a viewer, and thereby expand the notion of a community,” he said.

Also part of the convention will be a delectable spread of delights from the kitchens of Old Delhi. According to Dewan, the need for such a convention arose from a shared concern over the Indian culture of inclusivity and plurality being warped to fit a political agenda.

The trigger, she said, was not a single incident but the persistent “politics of hate” over the last five years. “Be it mob lynching over beef eating, rape and murder of women and children, attacks on dalits and minorities... these systemic attacks have become a virus, affecting all spheres,” she said. “The convention is being organised to register our resistance, and to stand up for democracy,” Dewan asserted.

Her sentiments were echoed by Taru Dalmia, a reggae musician, poet, and activist, who said the festival was an opportunity to celebrate unity, and to contribute their crafts in imagining a different way of being together.

“Increasingly, we are told that either you are with us or against us, and that is not how we want India to be. We don't have to all agree. “We want a different kind of society... one where the priorities are different... where the politicians work for the needy and not for the greedy,” Dalmia said. The 30-year-old artist is going to bring some authentic Afro-Carribean music to the AU stage.

“The idea is to make people dance,” he said. He will also play a set of Jamaican records, as well as some B-side instrumental tracks. They will be joined by rappers from across the country.