Unauthorised colonies : Cabinet go-ahead for transfer of rights to residents 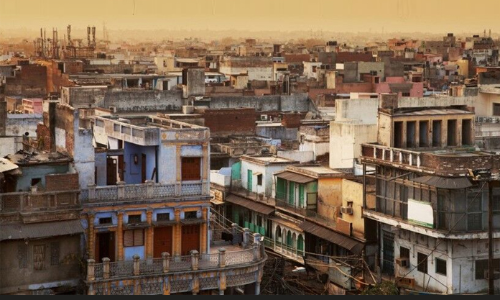 The Centre on Thursday approved a proposal to constitute a committee, under the chairmanship of Delhi Lt Governor Anil Baijal, to recommend a process to confer ownership or transfer rights to residents of unauthorised colonies here

New Delhi: The Centre on Thursday approved a proposal to constitute a committee, under the chairmanship of Delhi Lt Governor Anil Baijal, to recommend a process to confer ownership or transfer rights to residents of unauthorised colonies here.

The move, ahead of the Lok Sabha elections, is likely to provide major relief to 30 per cent of Delhi’s population who live in unauthorised colonies amid a constant fear of action by authorities.

The 10-member committee will submit its report within 90 days. The Delhi Development Authority’s vice-chairman, the Union housing and urban affairs ministry’s additional secretary, Delhi chief secretary and commissioners of all three municipal corporations are among those in the committee.

The decision was taken at a Cabinet meeting chaired by Prime Minister Narendra Modi. “The Cabinet approves a proposal to constitute a committee to recommend process for conferring ownership or transfer rights to residents of unauthorised colonies in Delhi,” the government said in a statement.

There are over 1,650 unauthorised colonies in the national capital where migrant population plays a vital role in deciding the fate of any political party during elections.

Reacting to the Union Cabinet's decision, Kejriwal sought to know what the BJP was doing in the last five years over the issue and alleged that they (the BJP) do the same thing before every election and later, forget their promises.

According to the terms of reference for the committee, it will suggest a process and mechanism for conferring or recognising rights of ownership or transfer or mortgage to the residents of unauthorised colonies and consequential benefits.

It will also recommend measures, including revision, if any, in urban planning and development control norms, to ensure redevelopment for improving living conditions in these colonies.

The panel will recommend the roles and responsibilities of all agencies concerned.

It has also been asked to suggest a methodology for conferment of ownership or transfer rights to residents including eligibility and conditions for regulation of the beneficiaries.

The 10-member panel will also set out the procedure and timelines and terms for granting and recognising of such rights, besides providing a definitive time-frame for completing this exercise.

Last month, Union Minister Puri had written to Kejriwal, saying the whole process of regularising unauthorised colonies in Delhi was stalled due to “apathy and inaction” of the AAP government, which vehemently rejected his claim.