Software patents back to the fore Software patents are like the \"living dead\" in the zombie film genre that Hollywood has made popular. They just refuse to die. As many times you kill them, they revive again and keep coming back. 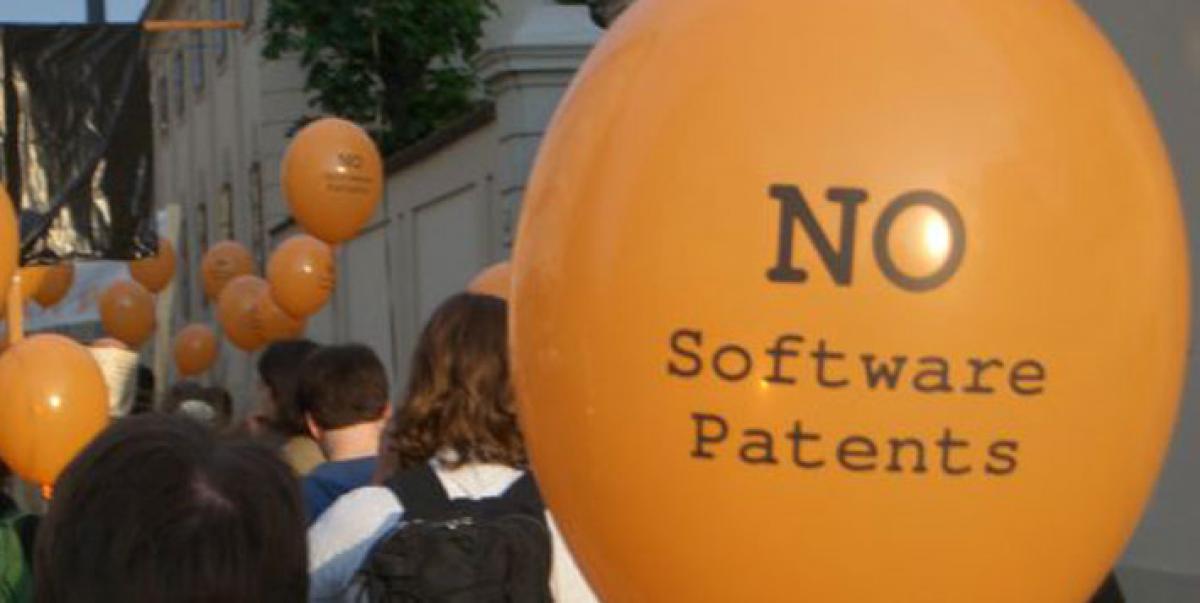 Successive governments have supported open source software. The earlier Open Standards Policy and the recently released Open Source Software for E-Governance, are all welcome measures in this direction. How, then do we explain government’s sudden shift towards software patenting, that too through executive action and in violation of the will of the Parliament?

Software patents are like the "living dead" in the zombie film genre that Hollywood has made popular. They just refuse to die. As many times you kill them, they revive again and keep coming back.

In India, we thought we had killed and buried software patents with the Amended Patent Act in 2005, and again in the Patents Manual, 2011, both of which effectively deny software patents.

The recent Guidelines on Computer Related Invention (CRI) issued by the Indian Patents Office last month, brought them back again, with an interpretation that not only violates the Act, but also the English language.

The genesis of the recurring battle in India over software patents are the exceptions under the Patents Act – Clause 3(k) – which states that a patent cannot be granted for “a mathematical or business method or a computer programme per se or algorithms.” The Joint Parliamentary Committee (JPC),

which had added the words per se in the above, had made clear that it referred to only those inventions, which had software combined with other things. The combination could be patented, if it satisfied other criteria of patentability – innovation, industrial applicability, etc. According to JPC, the innovation had to reside either in the combination as a whole or outside of the software to be patentable.

The CRI Guidelines seek to subvert three of the four items that have been held to be not patentable in 3(k) of the Patents Act. One is software per se, the second is a mathematical method, the third is a business method.

Remember the population models known as Lotka-Volterra population models – a pair of differential equations – we studied in school/college? Is the Patents Office claiming that a set of equations can now be patented, by just calling it a model? This is a claim that nobody – to my knowledge – has made anywhere in the world.

Here again, the patent office follows a similar twist of language; yes, the Act says no business method patenting, but if the method is not just a method but “specifies an apparatus in connection with or a technical process for carrying out a Business Method,” then it somehow becomes patent eligible.

Thus, what was a blanket ban on patenting business methods – there is no per se in the Act as in computer programmes – is sought to be negated by adding some words that are not in the Act. This is like saying that a business method cannot be patented, unless it is written on white paper and typed in black. No qualifier can turn a negative in the Act to a positive, no matter what the qualifier.

We come to what computer programme per se means. The original language of the Draft 2002 Act, had computer programmes as not being patentable; the JPC added the words per se to computer programme. Of course any such qualifier is a lawyer's delight; they can then spend reams of paper and charge big bucks to interpret per se in various ways.

If a machine has embedded software in it and the combination has novelty, as a whole, or in the part of the machine that does not run the software, it can be considered to be not computer programme per se, and therefore patentable. Why are software patents dangerous? Simply put,

software patents are not about technology innovation, but attempts to patent ideas, laws of nature or mathematics, all of which are held not patentable under all legal systems. Though ideas cannot be patented, the expression of such ideas can be protected through copyright. This is why, like any written work, software – essentially code written by people in some computer language – can also be copyrighted.

It is widely recognised that monopolies hurt society, and patents are being given for a limited period to incentivise inventors. The Economist, as far back as 1851, wrote that granting of patents “excites fraud, stimulates men to run after schemes that may enable them to levy a tax on the public, begets disputes and quarrels betwixt inventors, provokes endless lawsuits [and] bestows rewards on the wrong persons.” This holds true even today.

If ideas are allowed to be patented, it would lead to a monopoly over a much larger area, damaging society's development. It is like allowing a raga to be “protected” and not the song; protecting a trope in literature and not the book. What the current Guidelines does, is to allow the equivalent of the ragas in music to be patented, by allowing the idea underlying the software itself to be patented.

Subsequently, under the intervention of the US Supreme Court, this dangerous interpretation of the law has now been reversed, with patentability being allowed only if the software is in combination with hardware, and both as a whole show innovation worthy of a patent. Various countries – Germany and New Zealand recently – are also coming to this position or even stronger ones with respect to software patents.

It is not only the Left that opposes software patents. Internet pioneers such as Tim Berners-Lee, major technology companies, even business leaders have opposed patenting of software. It is also bad for business, as shown in a study by James Bessen and Michael Meurer (Patent Failure: How Judges, Bureaucrats, and Lawyers Put Innovators at Risk).

It has led to much higher costs to companies in terms of litigation and damages than they have recovered through royalties. The only ones who have benefited are the lawyers and patent trolls. Patent trolls are those who buy up patents, not to work the patents, but only to sue successful companies.

If innovation is at risk, it is the small, innovative business that is harmed the most. The big monopolies gain, while the small players lose. It also means that the Indian software industry is more at risk, as this will only strengthen the market position of the IT multinationals.

Successive governments have supported open source software. The earlier Open Standards Policy and the recently released Open Source Software for E-Governance, are all welcome measures in this direction. How, then do we explain the sudden shift towards software patenting, that too through executive action and in violation of the will of the Parliament?

Ignorance of the issue or hidden pressure of the US IT industry? Or the Modi government's desire to simply bypass the Parliament and policy making by fiat? The progressive sections, the free and open source community including small IT companies,

need to come together to defeat the Patent Office's attempt to allow software patents, and even mathematics and business methods. The Commerce Ministry must act, if the Patent Office does not, and withdraw this utterly stupid interpretation of the Patents Act.