CIC has a duty to stop abuse of RTI 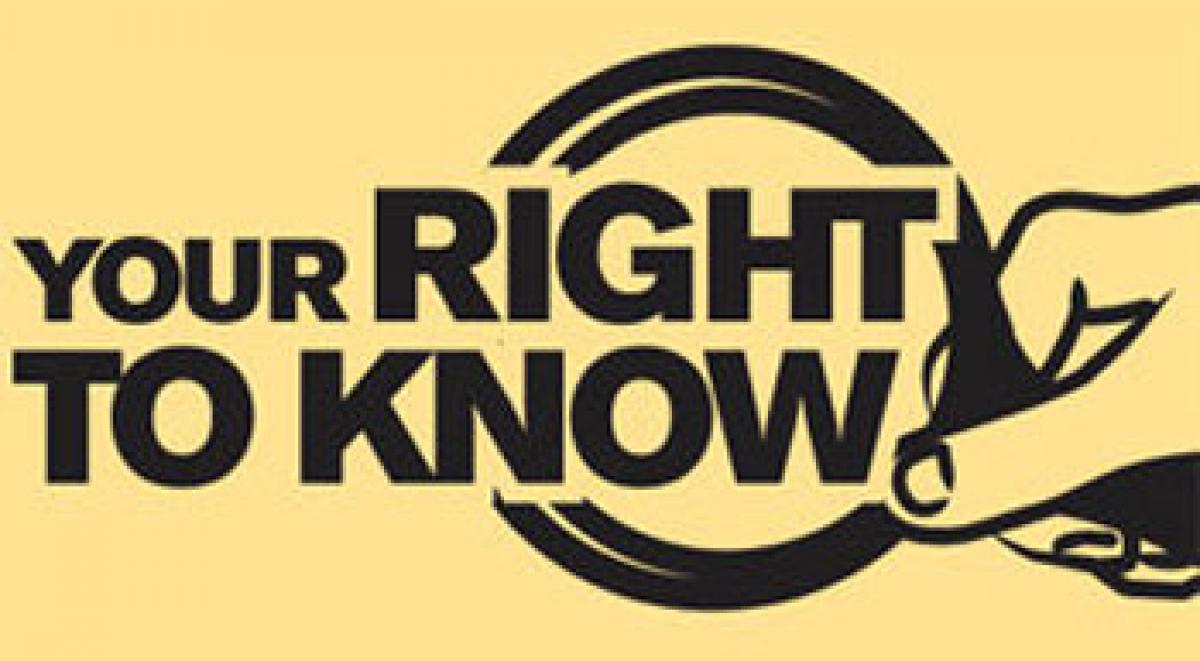 The Delhi High Court made a very significant point. If it is found that RTI was being misused, it is the duty of the petitioner to show the public purpose, if any, behind the RTI application and the authorities under RTI, such as CIC, have a duty to stop the abuse.

Though undoubtedly, the reason for seeking the information is not required to be disclosed, but when it is found that the process of the law is being abused, the same become relevant. Neither the authorities created under the RTI Act nor the Courts are helpless if witness the provisions of law being abused and owe a duty to immediately put a stop thereto

The Delhi High Court in Rajni Mendiratta v PIO, Directorate of Education W.P.(C) No. 7911/2015 (held on 10th October 2015) upheld the order of M Sridhar Acharyulu CIC, against the abuse of RTI and said the CIC has a duty to prevent abuse. Though the RTI Act mandates that the purpose of RTI need not be disclosed, it is the duty of the petitioner to explain the public purpose, if any, behind the RTI request, as the CIC found the RTI is being abused.

A lady teacher was removed from a school for allegedly making trouble and indulging in anti-discipline activities. She has every right to seek justice, if she felt aggrieved. She has already approached the Tribunal and the case is pending adjudication. She started resorting to Right to Information requests against the school and the society which runs the school.

She wanted copies of all information given from 2005 to 2014 by Vidya Bharati School about the election of two teacher representatives in the school management committee. The PIO of Directorate of Education has forwarded the reply received from the school management. But she was not satisfied.

First Appellate Authority ordered the PIO to give some more information. She pursued the case to second appeal before the Commission. Around twenty petitions were filed seeking voluminous information. The school management was totally engaged with the work generated by her questions.

Some of them were answered, and for some, it is difficult to collect the information. Meanwhile the teacher extends information litigation to first appeal and second appeal. Even though information was given, she says it was not satisfactory. Before the CIC, the Vice-Principal stated that there was no irregularity in constituting managing committee which was also supported by the DDE who issued a speaking order when matter came before that officer.

The PIO explained how the teacher was building pressure through RTI applications to harass the authorities. Around 15 RTI petitions were filed and at least 3 second appeals are pending in CIC. Officers from the school and the education department explained that the teacher was removed for proven anti-school activities and ever since they had been facing harassing demands for information.

She wanted to build up pressure on society. In this case, she was seeking voluminous information of several years, which does not serve any purpose except to harass them with torture of compiling the useless data. In the capacity of Commission, I admonished her and rejected second appeal with admonition. Teacher challenged this order before the Delhi High Court.

The High Court listed out the reasons given by the CIC, for holding so, as follows: (i) as per the record, the petitioner had filed a number of RTI applications ever since she was removed from the Vidya Bharti School, Rohini, Delhi, a private unaided school on proven anti-school activities; (ii) CIC itself had adjudicated about 20 appeals filed by the petitioner; (iii) that the petitioner has already filed an appeal before the Delhi School Tribunal against the termination order and should have awaited the final verdict of the Tribunal instead of adopting the RTI route; and, (iv) that the petitioner has been indulging in serious misuse of RTI Act, which cannot be encouraged and CIC had in another order admonished the petitioner for using the RTI for personal vengeance without any public interest behind her requests for information.

He states that the said order dated 6th May, 2015, remained to be mentioned in the prayer paragraphs…… I may in this regard notice that this petition had come up before this Court first on 21st August, 2015 when the counsel for the petitioner sought time to file amended petition owing to certain typographical errors in the petition then filed and thereafter vide order dated 2nd September, 2015 amended petition was taken on record. The petitioner, in spite thereof, has not challenged the order dated 6th May, 2015”.

The Justice also noted that: “The observations / findings of the CIC in the impugned order dated 26th June, 2015 qua which grievance is made in this petition are but a reproduction of the observations/findings in order dated 6th May, 2015 which has not been challenged by the petitioner. Once the same observations/findings have been allowed to attain finality, no challenge thereto can be made in this petition. The petition is liable to be dismissed on this ground alone.”

The Delhi High Court made a very significant point. If it is found that RTI was being misused, it is the duty of the petitioner to show the public purpose, if any, behind the RTI application and the authorities under RTI, such as CIC, have a duty to stop the abuse.

Justice Endlaw said: “Even otherwise, this is a rare instance where the Authority constituted under the RTI Act to oversee the working and implementation of the said Act, namely the CIC, has itself found a person to be abusing the process of the RTI and the machinery created thereunder. The petitioner has not controverted, the factual aspect of making a number of RTI queries and preferring as many as 20 appeals to the CIC.

Similarly, the petitioner has not been able to explain the reason, for which the information spanning over several decades, was sought. Though undoubtedly, the reason for seeking the information is not required to be disclosed, but when it is found that the process of the law is being abused, the same become relevant. Neither the authorities created under the RTI Act nor the Courts are helpless if witness the provisions of law being abused and owe a duty to immediately put a stop thereto”.

The Judge also found fault with the attitude of petitioner who challenged the order of CIC to place the note on her petitions on the website. “Moreover, the petitioner who is wanting transparency by seeking information going back to two decades, ought not to have any grievance with her conduct being put up on the official website of the Department of Education and which disclosure is of nothing but of the number of RTI applications filed by the petitioner and the order of the CIC thereon. The petitioner cannot be heard to complain of what she herself has caused to others.”