Gearing up Railways tough, but doable 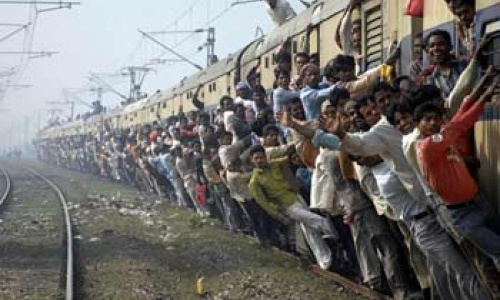 The government is serious about rejuvenating India’s railways. Towards that end, it has set up Rail Development Authority, a welcome step indeed.  Initially, the Authority would address issues relating to joint ventures and special purpose vehicles such as those for the dedicated freight corridors.

A body set up by the government would undertake four functions, namely fixing tariff, ensuring fair play, a level-playing field for private investment, set standards of efficiency and performance and disseminate information

The government is serious about rejuvenating India’s railways. Towards that end, it has set up Rail Development Authority, a welcome step indeed. Initially, the Authority would address issues relating to joint ventures and special purpose vehicles such as those for the dedicated freight corridors.

According to the concept note, this body headed by a Chairman and four members specialising in railways, infrastructure, finance, law management and consumer affairs would undertake four functions, namely fixing tariff, ensuring fair play, a level-playing field for private investment, set standards of efficiency and performance and disseminate information.

True, this measure would obviously bring about a much-desired change in the functioning of the railways, however it needs to be pointed out that the Authority would merely increase fares without giving due attention to betterment of passenger amenities.

Sadly, despite increase in fares, there has not been much improvement in most long distance trains except Rajdhanis, Durontos and Shatabdis along-with few special ones. Shockingly, in not a few trains have stinking toilets, worse they run out of water in some hours of the journey.

Moreover, the efficiency level in the railway system is quite poor. Not only is it very difficult to get reservation in AC III tier or even in Sleeper Class primarily because a large part of the seats are kept in ‘tatkal’ quota and another chunk is termed ‘EQ’ share. Consequently, it is virtually next to impossible for the aam aadmi to get reservation if he has to travel urgently.

Undoubtedly, the recent decision to increase the reservation period from three to four months is a wrong decision. Also the quantum increase in cancellation charges of both reserved and unreserved tickets cannot be justified in any way. Think. It is not possible to plan any journey four months in advance, not to speak of travelling for official work.

In fact, possibly no country in the world has such a long reservation period. Analysts state this is just a ploy of indirectly collecting money as many people would be per forced to cancel reserved tickets.

As regards privatisation, which some believe the railways is pursuing, one can only assert that this should be allowed selectively. The massive financial requirement needed to improve passenger amenities, upgrade rolling stock, ensure proper maintenance, modernise coaches, increase the number of trains and take adequate safety measures needs to be seriously considered.

Therefore, keeping this in the background private participation should be selective. Questionably, if private players are involved in key areas of rail functioning, passenger fares would be beyond the reach of the common man.

Notably, a recent decision has been taken to develop 400 railway stations by private parties to begin with. But one has to see how the private sector operates these and what benefits accrue to the people as also those who have invested in upgrading these stations.

Arguably, the Government needs to increase the speed of trains as it is .one of the slowest in the world. This can be done via track upgradation which does not require huge resources; another option is to introduce more bullet trains as is being done for the Mumbai-Ahmedabad sector.

Obviously, the costs involved in running these would be very high and the fare burden would have to be passed on to the passengers, most of whom may not prefer to travel by them as air travel cost would be less or the same. Alternatively, the investment required for bullet trains could be diverted to track renewal and track expansion, at least for the coming two years.

According to the railways estimates, it immediately requires Rs 8,00,000 crore for modernization, a massive amount difficult to generate. Thus, the government needs to think judiciously before taking any decision.

Clearly, the need of the hour is gearing up rail efficiency and stable manpower costs. As pointed out by Minister Prabhu, he plans to ensure energy-efficient, environment friendly infrastructure in the coming years by tying up with clean technology firms like GE and Alstom. Tough but doable.