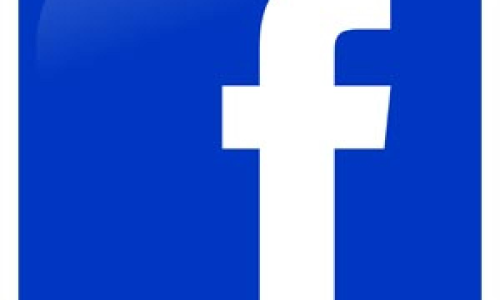 Readers of newspapers in India have been besieged, over the last few weeks by Facebook’s ad-campaign for Free Basics.

Readers of newspapers in India have been besieged, over the last few weeks by Facebook’s ad-campaign for Free Basics. Facebook, rather disingenuously, claims that a small group of activists are out to destroy the future of India by refusing to let the underprivileged get free internet access, which Facebook is so selflessly providing to them.

While advertisements are not usually known for their accuracy – Facebook’s surely pushes the boundaries of what can be considered ethical. Facebook's claim: Unless you take action now, India could lose access to free basic internet services, delaying progress towards digital equality for all Indians.

After its Internet .org platform faced serious flack – including on the grounds that it confused people, making them think they were receiving ‘internet’ access - Facebook very cleverly re-christened the platform as Free Basics. Its latest ad campaign claims, rather than providing free internet access (as it aimed to do using Internet .org) it is providing access to ‘free and basic’ internet services.

Clearly, the company is once again seeking to confuse people and try and fool them into thinking that what Facebook is offering are “basic internet services”, not a platform misleadingly titled Free Basics that provides a motley collection of websites / applications that are partnering Facebook. Notably, Free Basics does not actually provide the most ‘basic’ of internet services – email and search (both of which are monopolised by Facebook’s nemesis Google!).

What Facebook does not tell you is that the internet comprises of about a billion websites. Free Basics does not provide access to the whole internet – just some select content. Is it fair to provide this sort of access to the poor and underprivileged i.e. asking them to choose between access and freedom to connect to any website among the billion odd sites? Particularly when there are numerous other models that provides a ‘net neutral’ method of providing subsidised access?

They will have to connect to Facebook, seek its permission, and implement Facebook's protocols before being able to reach a user. Small and progressive sites, blogs, start-ups are likely to suffer as they may not have the resources to do all this. The issue of freedom is what net neutrality is all about.

Are you as a user of the internet willing to give up your choice of what you will use the internet for? Are you willing to let Facebook, a corporate entity, with the sole motivation of making profits for its shareholders, decide what content you should view – in exchange for making them even wealthier? Projects like Free Basics will turn the internet – on which all content is equally accessible – into a cable TV service, where you have to subscribe to specific content services or channel bouquets.

Permitting zero rated projects such as Free Basics will destroy the entire architecture of the internet as we know it today – adding a perverse commercial incentive into an otherwise reasonably egalitarian market. Facebook, as the gatekeeper of the internet, will then have the power to choose ‘winners’ and ‘losers’ in the online space by driving users to certain specific content.

What one must consider is that Free Basics will kill innovation by ensuring Facebook maintains its premier market share at the cost of start-ups and other innovators. Would Facebook have this preeminent market position today if Orkut had done something similar to entrench itself in the marketplace a decade ago?

If Facebook really wanted to help the underprivileged access the internet, it could subsidise overall internet access for the needy rather than just provide access to a limited array of content. There are numerous models used across the globe that do just this. For example:
a. In India, Aircel has begun providing full internet access for free at 64 kbps download speed for the first three months;
b. In Bangladesh, Grameenphone users get free data in exchange for watching an advertisement.
c. In Africa, Orange users get 500 mb of free access on buying a $37 handset.
d. In certain parts of Asia, Telenor’s clients get 20mb of data per day free in exchange for watching a 30 second advertisement.
Many people have also wondered why Facebook can’t just use the money it is spending on its Free Basics ad-campaign (per estimates over a few hundred crores) to instead subsidise full internet access for the underprivileged? Assuming INR 10,000 annually for a 1 mbps connection (a rather generous assumption), Facebook could actually provide proper internet access to over 1 lakh people for free for a full year.

Facebook’s claims: Accessing the internet through Free Basics is a first step to connecting one billion people. Contrary to Facebook’s claims, providing differentiated access (as Free Basics proposes to do), will just create further digital divides between those who have proper internet access, and those without.

In any event, it appears illogical that an underprivileged person will suddenly find the money to pay for a full internet connection after using Free Basics for a few months. One assumes that Facebook does not understand that the poor in India are really poor – and therefore likely to have slightly different priorities (food, education and housing) and the magical feeling you get when you like a post on Facebook is unlikely to change that! Facebook's claim: Facebook claims that it is providing a completely ‘open’ platform, and that any developer can have their content carried on Free Basics.

What the small print fails to mention is that despite the reasonably lenient terms that are currently stated by Free Basics, what site Facebook will carry is a matter of private contract between two parties with completely unequal bargaining power. Facebook can tweak its terms, or indeed reject any site or application for pretty much any reason it wants.

It is worth remembering that Facebook does not necessarily have the cleanest track record in terms of its legal policies or indeed corporate behavior. Everyone is well aware of the extremely one sided and onerous terms of contract users are forced to accept in order to use Facebook as well as the rather more sinister social engineering experiments carried out by the website – recently for instance, there have been reports of Facebook trying to affect the mood of its users through implementing certain algorithms.

Keep in mind also that Facebook would love to see a version of the internet that can only be accessed through Facebook, therefore ensuring that in order to access any content, users have to go through Facebook first. This would ensure that Facebook is in a position to track each individual user’s every online activity – thereby enabling Facebook to monetise user information and data.

At the moment, the online economy is largely fuelled by the receipt of advertising revenue and the through the commercial exploitation of user data. While Facebook has clarified that it does not presently display ads on Free Basics, its language makes it very clear that it considers this only an interim measure – and that such revenue streams will indeed be considered in the future.

Even in the US there is a strong movement to support net neutrality of which noted scholars and luminaries such as Tim Berners Lee (the creator of the Web) and Lawrence Lessig are a part. Ultimately, what the present debate boils down to is regarding the importance of the internet in our lives and accordingly, how to regulate this space. Possibly a solution lies in recognising the internet as a public utility – necessary for the full enjoyment of citizenship and other rights in the 21st century.

Then, just as you have telescopic / progressive rates for other public utilities such as water and electricity – you could put in place a system of tariff regulation that makes internet access up to a predetermined limit extremely cheap (with progressively increasing rates, based on data consumption and bandwidth).