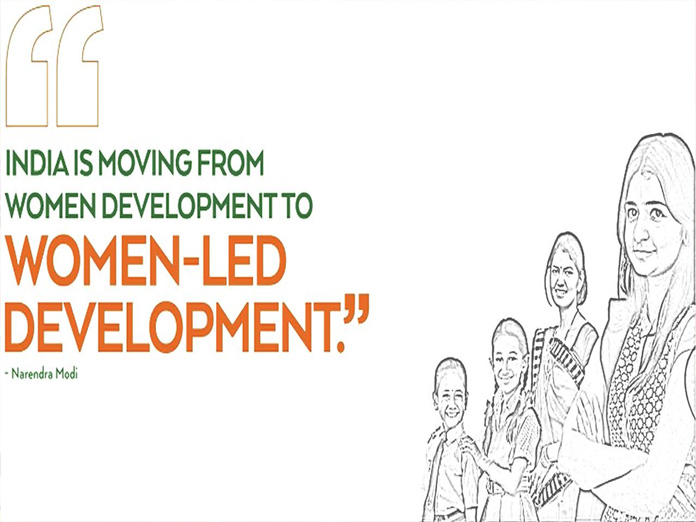 Almost 28 years ago in a small county in the United States of America, I saw a board that said SAY NO It was an awareness programme organised by the police department for young girls of the county a programme on self protection and empowerment where girls are taught to speak up when they are abused, stop unwanted advances and to demand their right to bodily integrity

Almost 28 years ago in a small county in the United States of America, I saw a board that said ‘SAY NO!’. It was an awareness programme organised by the police department for young girls of the county – a programme on self- protection and empowerment where girls are taught to speak up when they are abused, stop unwanted advances and to demand their right to bodily integrity.

India even after decades of independence was not prepared to address this issue, at least not until Prime Minister Narendra Modi one day declared that India will see women – led development. For many people, including those who voted for him it seemed utopian - especially given the fact that women in India are largely victims - of neglect, bias, poverty, violence, early marriage, abuse within and outside families. Empowering such a community is about weeding out issues that are deep rooted and systemic. For example global voices like that of Malala Yousufzai, Graça Machel, Julia Gillard were on girl education while in India it was about everything - the entire life cycle of a woman – from birth to death.

Recently a home ‘Krishna Kutir’ was set up for 1000 widows in Vrindavan by the Ministry of Women and Child Development under its ‘Swadhar Greh Scheme’. This is one initiative that proves the ‘entire life cycle of a woman' is considered by Modi for empowerment. These facilities provide succour to abandoned women and are meant to reduce their difficulties by giving them dignity in their twilight years. Many such facilities around the country are being planned as the widow population is exponentially growing. There is one coming up soon in Andhra Pradesh too.

It seems that Prime Minister’s dream is not just to see women leading the nation, occupying senior positions in Government, flying fighter jets and becoming corporate honchos but its also lending dignity to seniors.

When most people scoffed at Swachh Bharat as just a ‘Toilet Programme' they perhaps did not know that women were getting raped in the open fields where they had to defecate – before Swachh Bharat Abhiyan, women were compromising not only their dignity but even their safety. This angle was missed by many just as they missed linking the girl school drop out rate to lack of toilets in school – no toilets meant heightened shame and peer ridicule of girl students.

In fact, the dismal progress India declared to the world on Millennium Development Goals (MDGs) is also attributable to lack of action in this area as most of the MDGs were in fact about women empowerment. Modi government’s emphasis on women entrepreneurship and financial inclusion is about challenging the stereotypes and shattering myths around women capabilities. If the death penalty ordinance for rapists has liberated women more than anything else, providing LPG gas has enhanced health indicators, while emphasis on girl education, maternal health and nutrition are making women robust on all counts.

I am not going to list the number of schemes, their impact so far as all of them are available on the government website. But what caught my attention recently is this path-breaking initiative Mahila e-Haat. It is a unique online platform where women entrepreneurs can do business – especially those working from home.

These women entrepreneurs can display their products and sell them. It is an initiative for women across the country as a part of ‘Digital India’ and ‘Stand Up India’ initiatives. It can prove to be a game changer as it provides access to markets - thousands of women make products in India and are spread all over the country but have little access to markets. This platform has unlimited reach and can therefore become a catalyst in creating a new generation of business women.

The empowerment of women is planned to take place in three stages where Mahila E-Haat is the first stage. In the second stage, it is planned to integrate it with e-commerce portals to provide a larger platform for selling and buying. Ultimately it will culminate into Women’s Entrepreneurs Council which will help to expand this initiative further and give it an institutional shape.

I liked this Mahila E-Haat platform as it is an initiative for meeting aspirations and need of women entrepreneurs leveraging technology. It is estimated that more than 1.25 Lakh women beneficiaries would be benefited from this portal. Participation in e-Haat is open to all Indian women citizens hoping to market their products/services.

Another unique feature is that the entire business of e-Haat can be handled through mobile phone. The product, along with photograph description, cost and mobile no/address of the participants will be displayed on the e-Haat enabling direct contact between sellers/service providers and buyers. Today the portal has more than 32 thousand women entrepreneurs from 30 states. On this online platform, 7120 products are displayed already. So far, about 7.25 beneficiaries have taken advantage of this platform.

This is one programme that needs massive marketing as the potential is huge. Perhaps the other programme that needs a mention is the SHe-Box Online Complaint Management System. It is for working women to lodge complaints of sexual harassment at workplace. Women working in both public and private organisations can lodge complaints of sexual harassment at workplace real time. It was launched to ensure the effective implementation of the Sexual Harassment of Women at Workplace (Prevention, Prohibition and Redressal) Act (the SH Act), 2013.

So far, the Women and Child Development Ministry has received 134 complaints through its 'SHe-Box' portal and 40 of them have been disposed of as disclosed in the Parliament recently. I believe that this platform is more useful than having to resort to using the #ME TOO way. Prime Minister Modi surely saw value of women not only in terms of gains for society, family, and GDP but saw the intrinsic value of women for women themselves. If this isn’t a life cycle perspective for women empowerment, what is?