Nothing more than a symbolic gesture 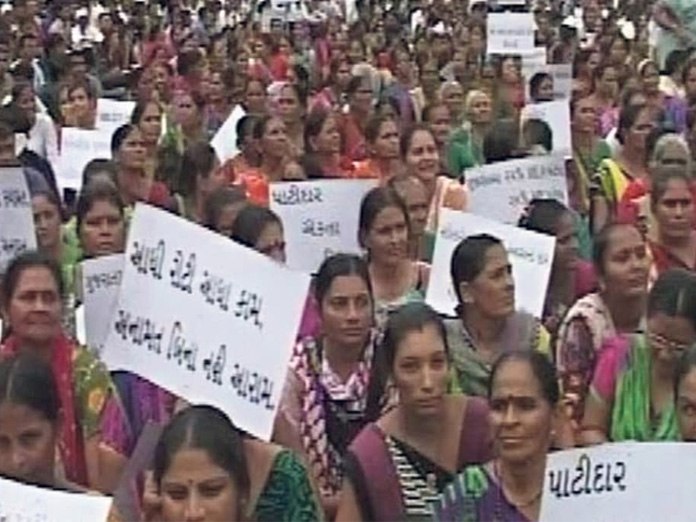 Politics is the last refuge of a scoundrel is a very wellknown aphorism In contemporary India, regrettably, it could be rephrased as Reservation is the first refuge of a politician

Politics is the last refuge of a scoundrel is a very well-known aphorism. In contemporary India, regrettably, it could be rephrased as Reservation is the first refuge of a politician.

Historically, the fundamental reason for according reservation was to ensure equity or to establish an egalitarian society. In India, stratification is very inherent in our society and therefore our constitutional forefathers envisaged according reservation to those sections who could not reap the fruits of development and therefore remained in the lower strata of the society.

The genesis to the concept of reservation in India can be traced to the Poona Pact. Poona pact was an agreement signed between Dr. Babasaheb Ambedkar and Mahatma Gandhi on September 24,1932 against the grant of separate electorates to the depressed classes under the Ramsay Macdonald award famously known as Communal Award. Mahatma Gandhi consented to the Poona Pact at the Yerawada jail in Pune with an intention to not to alienate depressed classes from the Hindu fold, as the entrenched varna system had already caused the required damage within the Hindu religion.

The primary objective behind granting reservation to the depressed classes was to alleviate their living conditions and to uplift them in the social strata ladder. Initially, the constituent assembly, which was constituted to frame the Constitution for India, consented to the proposition that depressed classes should be adequately represented in public offices and should be educated to ameliorate their distressed conditions.

Therefore, affirmative action was regarded as the only way forward to ensure equity for the historically disadvantaged castes. Caste was considered as a primary yardstick for categorising people and all those who fall under the category of Scheduled Castes and Scheduled Tribes were granted reservation. Two provisions were incorporated in the Constitution of India to enable the State to grant reservation to socially and educationally backward classes.

Article 15 (4) and Article 16 (4) of the Constitution of India
Article 15(4) reads as follows:
Nothing in this article (Article15) or in clause (2) of Article 29 shall prevent the State from making any special provision for the advancement of any socially and educationally backward classes of citizens or for the Scheduled Castes and the Scheduled Tribes.

Article 16 (4) reads as follows:
Nothing in this article shall prevent the State from making any provision for the reservation of appointments or posts in favor of any backward class of citizens which, in the opinion of the State, is not adequately represented in the services under the State

Mandal Commission and Indra Sawhney verdict
Another significant development pertaining to reservation happened in 1978 when the then Morarji Desai Government appointed Mandal Commission, under the chairmanship of Late B.P. Mandal, to explore possibilities of expanding the ambit of reservation to the Other Backward Classes.

The government in 1992, after unprecedented hue and cry and after constant political setbacks, implemented the recommendations of the Mandal Commission and conferred reservation of 27% to the Other Backward Classes. The reservation granted to Other Backward Classes was challenged before the Supreme Court of India as unconstitutional in the landmark case of Indra Sawhney V. Union of India.

In the Indra Sawhney case, the Supreme Court of India has also categorically pronounced that the cumulative reservation to all eligible communities should not exceed 50 per cent and therefore any Act promulgated contrary to the verdict might not pass the muster of judicial scrutiny. The court based its pronouncement on the fundamental premise of law that for furthering the interests of the underprivileged communities the Right to Equality under Article 14 and the Right against Discrimination on the basis of caste under Article 15 should not be compromised.

At this juncture, it would be appropriate to deliberate on the 124th Amendment to the Constitution of India which was lately passed by both the Houses of Parliament and assented by the President of India. The essence of the amendment is to ensure long overdue demand of 10% reservation to the economically weaker sections in order to alleviate the distress they encounter on constant basis due to their financial vulnerabilities.

This move of granting reservations to the Economically weaker sections is unequivocally a move in the right direction and should be appreciated by all who regard economic backwardness should be a considered as an yardstick for conferring reservation, however, the executive should understand that populist initiatives implemented through unconstitutional endeavours are not beyond the ambit of judiciary and therefore are amenable to judicial review and can be struck down by our courts, if unconstitutional.

Parliament is not a sovereign body in India
The proposition that an amendment to the Constitution would suffice to ensure reservation to the economically weaker sections is undoubtedly a novice understanding of the constitutional scheme of things.

In India, the Parliament is not a sovereign authority. The Sovereignty of the Indian Parliament is curtailed by the Judicial Review power granted to the Judiciary under Articles 13 and 137 of the Constitution of India.

All legislations enacted, regardless of whether it is a simple statute or an amendment to the Constitution of India, should pass the muster of judicial scrutiny. If the apex court of India opines that any legislation enacted is constitutionally unviable, the court has the authority to strike it down.

The recent instance being the promulgation of National Judicial Appointments Commission to supplant the existing process of collegium system for the appointment of judges to various High Courts and to the Supreme Court of India, in this case the apex court considered the provisions of the NJAC Act as violative of the Basic Structure of the Constitution, as the Act seeks to impinge upon the independence of judiciary, and therefore was struck down as unconstitutional by 4:1 majority.

So, the proposition that a law made by the Parliament, with or without the sanction of more than half of the state legislatures, is not amenable to judicial review is preposterous and constitutionally impermissible.

The criteria chosen for ascertaining whether an individual is entitled for reservation or not under the economically weaker section quota is ambiguous and might not achieve desired result due to the ensuing additional reasons:

1.If less than ‘X’ lakh rupees per annum is regarded as one of the criteria for according reservation to the Economically Weaker Sections then the immediate question that surfaces is: What about all those employees employed in the informal or unorganised sector whose income levels fluctuate and of all those who do not file their income tax returns?

2.If less than ’X’ square feet house is regarded as another criteria for determining on whether an individual is eligible for reservation or not: How can you compare a flat of ‘X’ square feet in Delhi or Mumbai to a flat in a small town? Will it yield required result?

Also, the Act obliged the State government to frame requisite criteria from time to time on the basis of the family income and on other indicators of economic disadvantage and therefore a uniform policy across all states might not be expected and therefore is open to litigation . Populist initiatives would unequivocally pay dividends to the ruling dispensation, however, if such initiatives are implemented in haste without comprehending legal ramifications it would not serve any purpose.

Absolute mandate granted to the present government by the electorate, nearly after 30 years, should have been leveraged for the advantage of those sections who are relentlessly seeking their due share from the government. The recent grant of reservation to the economically weaker sections by the executive has yet again proved that the government of the day is more interested in symbolic gestures than implementing concrete measures for the indigent and the needy.