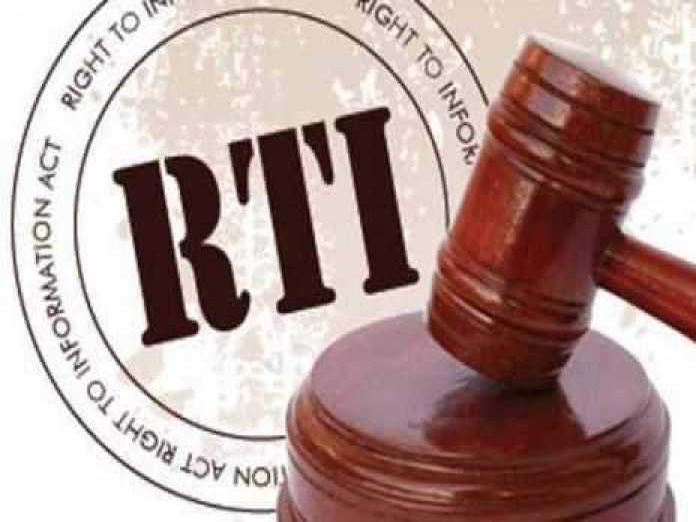 With the enactment of Right to Information Act RTI, in 2005, the people felt achievement of an important empowering tool to enforce their fundamental human rights It is a breakthrough in the path of good governance process that facilitates development, a new human right It opened up the hidden, though not secret, files of ordinary information of the people to the people

With the enactment of Right to Information Act (RTI), in 2005, the people felt achievement of an important empowering tool to enforce their fundamental human rights. It is a breakthrough in the path of good governance process that facilitates development, a new human right. It opened up the hidden, though not secret, files of ordinary information of the people to the people.

It is perceived as a threat to expose the corruption. A new fear of the RTI was generated among the wrongdoers. Most of the corrupt are in power, and they are willingly aided by the corrupt bureaucrats.

As if there are no eminent persons in law, science and technology, social service, management, journalism and mass media, the government is selecting Information Commissioners from only administration or governance, i.e., former civil servants who served loyally the political bosses in the government instead of serving the public. They forgot that they are public servants and behaving like servants of the Prime Minister and Chief Ministers. It is most unfortunate. In this context, this author made an appeal to the President on 17th January 2019, as follows:
Respected Sir,

I, being on the dais on 12th October 2018, still remember the excellent message your Excellency has given after inaugurating our RTI convention of Central Information Commission. Your Excellency has rightly pointed out, on that day that:

In a democracy, there is no such thing as too much information. Information overload is always preferable to information deficit…

The RTI is not a standalone. It is part of the larger narrative of strengthening Indian democracy, of ensuring transparency across systems of governance, and of building capacities of the common citizen to enable him or her to take informed decisions and make informed choices.

Above all, it is about nurturing the social contract of trust between the citizen and the State – where both must have faith in each other. A related and parallel implication is to ensure rational use of public resources to check instances of corruption or waste”.

I would like to say that the people now do not fully know how the guardians of transparency are being appointed. There is serious information deficit, since there is no free flow of information in public domain about the process of shortlisting the applicants, criterion thereof, who and how were shortlisted, and finally how the Commissioners are selected from out of that list etc. This is essence of democracy, Sir.

Why not this information, i.e., “power”, be given to people? Don’t they have the right to know?
Information deficit about Information Commissioners will not enable citizen to take up the issues with CIC with confidence. People must develop trust in Commission and Commissioners appointed so that they can take informed choices and informed decisions to approach them in complaints and second appeals seeking information denied by the public authorities unreasonably and against RTI Act.

Section 4 of RTI Act mandates voluntary disclosure about all appointments. The Supreme Court said that there should be transparency in this process of CIC appointments. The government takes steps to fill the vacancies only when the judiciary goads them and reviews the process like a super boss, in the public interest litigations filed by public spirited persons. Yet they are not giving required details.

Most of the times the Commissioners are selected only from one field - administration, ignoring all other walks of social life mentioned in the RTI Act, which I have advocated in my earlier letters. Kindly ensure that this government selects suitable persons from all those areas without confining only to former bureaucrats. (I do not mean anything against the selected eminent personalities.)
The transparency should begin with CIC appointments and it should be ensured in all activities of governance in all institutions like CBI & CIC, and top-level committees headed by the Prime Minister in dealing with issues like appointing and removing the Director of the CBI and selecting the Commissioners for CIC, etc.

Let me refer to the demand of Leader of Opposition Mr Mallikharjun Kharge, who is a member of high level committee that met on January 10, 2019 and decided by majority of 2:1 to remove Alok Varma from the post of Director CBI, for complete information, CVC report or any other document that formed basis for their decision. Undoubtedly the Committee has power to remove the director as confirmed by the bench of Supreme Court, but is it not necessary to disclose all material reports considered for removal to be made available to the public in general and members of the committee including Mr Kharge in particular?

As your Excellency has stated emphatically it is the issue about nurturing the social contract of trust between the citizen and the State – where both must have faith in each other. Then, why the government is leaving the people with serious dearth of information about happenings in the CBI and appointments in the CIC? When I say that the people will develop trust only when their representatives in the government are transparent, I am surely following the profound message of your Excellency.

I am compelled to seek repeatedly your Excellency’s intervention to ensure transparency in the process of appointing the guardians of transparency- the Central Information Commissioners and ask the government to select only those eminent persons from all the fields, who had credibility and commitment proven by their acts for transparency and good governance in their field of activity. I hope your Excellency will save the RTI Act and independence of the CIC institution.