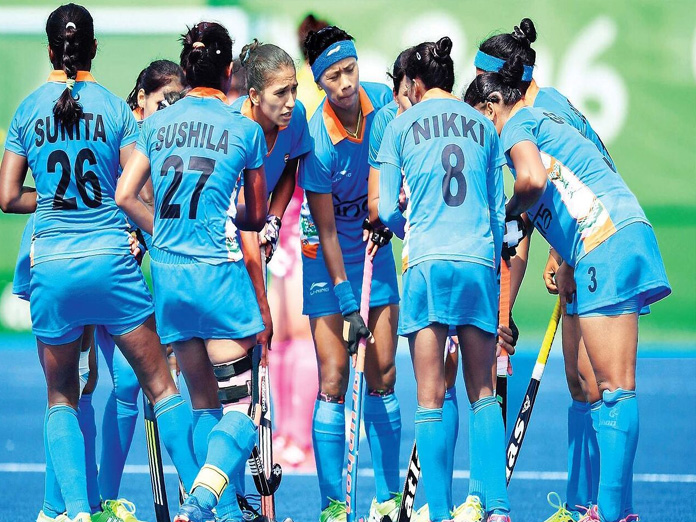 This columnist has, since the days of his youth, been a keen follower of sports He has also tried his hand at some, although, as his father was wont to say, with more enthusiasm than expertise He also had the good fortune of being associated with the administration of cricket and bridge, in more congenial and productive circumstances than those in which sports bodies nowadays seem to find them

This columnist has, since the days of his youth, been a keen follower of sports. He has also tried his hand at some, although, as his father was wont to say, with more ‘enthusiasm than expertise’! He also had the good fortune of being associated with the administration of cricket and bridge, in more congenial and productive circumstances than those in which sports bodies nowadays seem to find themselves in!

It is therefore with great distress that one reads reports of the raid by the CBI on the offices of the Sports Authority of India following allegations of corruption.

As in most other matters, there is, in the field of sports, a rural-urban divide in the country. That is manifested more pointedly in terms of the availability of infrastructural facilities such as playing fields, stadia and gymnasiums, shortage of trained coaches, equipment required for the games and sports, information with regard to the conduct of tournaments and eligibility to enter them, among others.

The important role that sports play in the wellbeing of a nation is too well-known to bear repetition. It is in recognition of that fact that many initiatives have been launched in our country by governments at the national and State levels, as well as academic institutions and corporate entities, to provide support and encouragement. Individuals and teams representing the country have acquitted themselves admirably at the international and regional levels for a long time now. In cricket, tennis, hockey, football, badminton and chess, to mention but a few, talented and dedicated sports persons have brought laurels to the country, winning many prestigious events.

From a Dhyan Chand, a Vinoo Mankad, a Ramanathan Krishnan or Gopal of yore to a Tendulkar, Paes, Sania Mirza, Sindhu or (now the Union Minister of Sports) Rathore, it has been a long and star-studded list indeed.
Broadly speaking, the arena of sports can be divided into two categories, namely general sports and competitive sports. Participation in the competitive category is in accordance with a regime of clearly laid down rules and regulations. The events are organised in a systematic manner.

The responsibility and authority in this regard are usually with district and State-level associations, each of which deals with a given game or sport. Those State-level associations are then federated into national level bodies which, together with counterparts from other countries, form international federations which, in turn, are members of the International Olympics Committee. The Olympic Association of each country similarly is the apex body for all games and sports.

The technical aspects of the way in which a game or sport is played or tournaments conducted, at different levels fall within the purview of the State associations and national federations. The Central and the State governments play their role through the extension of assistance to activities such as training, coaching, nutrition and supporting the conduct of events etc. They provide support especially to relatively weak and neglected areas such as rural sports and women sports, apart from indigenous events like kho kho or kabaddi. The provision of sports quotas with the backing of law is another way in which the governments have been encouraging sports.

The establishment of the National Institute of Sports in Patiala was a major milestone in the manifestation of the Central government’s commitment to the field of sports. And it was to the credit of the then Andhra Pradesh government that AP became the first State in the country to start a sport school of its own. In recent times one has come across more than an acceptable number of instances of malpractices, on the part of teams and individual players, such as use of banned drugs for enhancing performance, adoption of unfair tactics and resorting to abusive language or violent methods for winning, even at the international level. Perhaps the time has come for some serious thought to be given to setting up a system of regulation to ensure ethical practices so that the country is not exposed to such embarrassment in his future.

A striking example of the government’s support translating into an excellent institutional model, in partnership with talented and successful sportspersons is provided by the Gopichand Badminton Academy in Hyderabad. The Academy has been systematically churning about outstanding players year after year.
Making a career out of a sport or a game would have been unthinkable a few decades ago.

Today, however, the situation is quite different. Cricket, tennis, golf and, more recently, badminton, or even indigenous sports like kabaddi, are offering lucrative opportunities to budding sportspersons. But the huge gap between the earnings of the professional player and the amateur continues and needs to be dealt with. Since it would be far from practical to expect professionals to earn less, especially given the popularity some games like golf or cricket enjoy, the financial support extended by governments to amateur sportspersons would appear to need substantial enhancement.

While all this, no doubt, sounds good and encouraging, there is also, unfortunately, a murkier side to the picture. Not only inefficiency, mismanagement or lack of professionalism but, sadly enough, corruption and nepotism, have permeated into the sports bodies at various levels, not only tarnishing the fair name of various sports, but also discouraging talent and affecting performance at the representative levels. Another disturbing feature is the increasing impact of party politics on the field of sports.

Even a cursory look at the way politics is practised in our country is enough to convince one that it would be too much to expect the spirit of sports to enter the arena of politics. But, surely, something needs to be done to protect sports from the pernicious influence of politics. One sees any number of instances of influential political leaders occupying positions of importance in sports bodies, with the inevitable result that the insidious consequences of politics impact on the quality of management.

While betting on horses has been known for several decades now, gambling on the outcome of fixtures in games and sports is a recent phenomenon. In some games like cricket for instance, it has reached alarming, if not frightening, proportions and needs to be curbed effectively and urgently.

A weak regulatory environment, lack of transparency in the functioning of the bodies, and cornering of positions by vested interests have plagued the administration of these bodies for quite some time now. A major area of weakness has been documentation.

This columnist, while serving as the Chief Secretary of the composite Andhra Pradesh State in the year 2003, supervised the conduct of the Afro-Asian Games, as also the Military World Games. While the events themselves were hailed as successfully organised, the painful experience of watching, at close quarters, the play of politics, nepotism and corruption, in the various bodies involved, left an aftertaste that still lingers.

Among the notable efforts being made by the Central government to cleanse the administration of the sports bodies in the country has been the evolution of the National Sports Development Code. The absence of a techno-legal regime is another area that needs to be looked at and remedied. Also, of concern is the almost complete absence of accurate and reliable information in the shape of a data bank that can be accessed when past experience has to be relied upon for the planning for the future.

A statute, on the lines of the laws that regulate the functioning of the Indian Medical Council, the Bar Council of India or the Institute of Chartered Accountants of India will perhaps prove to be a salutary step for ensuring that sports and games in the country are conducted in a fair, impartial and a result-oriented manner in the future. Encouraging self-regulation and ensuring frequent elections should naturally form part of such a regime.

Much more can be expected in the direction of efficient and result oriented functioning of the sports bodies at various levels if distinguished sportsmen who have brought laurels to the country at the international level are encouraged to participate in their management. The creation of an environment that will enable this is one of the major challenges before the central government in the near future.