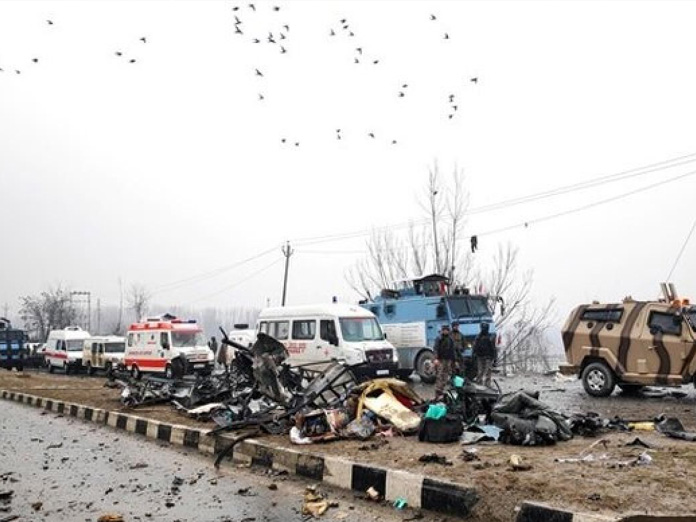 One of the most disturbing aspects of the February 14 terror attack in Pulwama was that the suicide bomber was a local, Adil Ahmad Dar, who lived in a...

One of the most disturbing aspects of the February 14 terror attack in Pulwama was that the suicide bomber was a local, Adil Ahmad Dar, who lived in a village near the Jammu-Srinagar highway where the attack took place.

Although indoctrinated as a fidayeen by the Pakistan-based Jaish-e-Mohammad, Dar's act as a jehadi underlines the vulnerability of impressionable Kashmiri youths to insidious anti-India propaganda by Pakistani terror groups nurtured by the Deep State comprising the country's army and an espionage agency.

In this particular instance, Dar was apparently “inspired” to kill himself by the Taliban's “victory” signified by American withdrawal from Afghanistan. If anything, the tragedy emphasises the inter-linked international dimensions of Islamic terrorism.

From Syria to Afghanistan and Pakistan to Kashmir, the jehadi mindset is primed among the youth by the mythical Islamic Caliphate's war against the kafirs (infidels).

Unlike West Asia and even in the Afghanistan-Pakistan region, Indian democracy provides a safeguard against a Messianic struggle, which is why an overwhelming majority of Indian Muslims, including those in Kashmir, remain committed to the democratic system.

As much is evident from the recent panchayat and municipal elections in the State even if the polling percentages in the valley were low.

However, it is undeniable that a section of Muslims in the valley continue to remain alienated notwithstanding the government's attempts to reach out to them via the negotiations carried out by the Centre's representative, Dineshwar Sharma.

But if his efforts have failed to defuse the situation, the reason perhaps is the government's reluctance to implement some of the recommendations to improve the conditions made by the Dileep Padgaonkar Committee.

In essence, what these initiatives were expected to do was to reach out to the hearts and minds of the ordinary people whose commitment to the Indian State cannot be doubted as the continuing relevance of the mainstream parties like the National Conference and the People’s Democratic Party show.

What is required to defang the terrorists and wean away the misguided youth from their self-destructive path is a gesture which will have a major impact.

One of them is to consider freezing the AFSPA (former Congress minister P Chidambaram wanted it to be scrapped altogether) and to give a cast-iron guarantee that neither Article 370 nor Article 35A will be touched. The former confers a special status on Kashmir and the latter relates to citizenship rights.
It is only such "big ticket" reforms which can end the sense of alienation among the youths who are cynically exploited by Pakistan's Deep State.

An outreach of this nature will confirm that the government does not regard Kashmir merely as a law and order problem, where all that is needed is a harsh crackdown on the malcontents.

Arguably, the Bharatiya Janata Party (BJP) may not find it easy to change its longstanding stance favouring dispensing with Article 370. But it has to be remembered that Atal Behari Vajpayee did put Article 370 in cold storage in 1996 along with his party's demand for building a Ram temple and introducing a uniform civil code when he was looking for allies to form a government. Vajpayee had also called for looking at the Kashmir issue within the parameters of insaniyat (humanity) rather than of the Constitution.
Such broadmindedness is the need of the hour to dissuade deluded young men like Dar from the path of nihilism. Otherwise, more and more of such brainwashed youths will leave their kith and kin to court untimely death.

Equally, scores of security personnel will be in danger of losing their lives because official policies have failed to assure the discontented people of a state with a distinct cultural ambience that they are the nation's cherished citizens.

It is only when the Kashmiris are visibly mollified that Pakistan's “isolation”, which the Centre is currently seeking, will be complete, for a fully integrated Kashmir will negate Pakistan's hope of avenging its Bangladesh defeat and recovering the "K" in the country's name.

India has dealt with rebellious outbreaks in different parts of the country from the Northeast to the Maoist belts in central and western areas with a fair amount of success. There is no reason why it cannot achieve the same in Kashmir with a patient understanding of the grievances affecting the State, especially when it has national-level leaders like Farooq and Omar Abdullah and Mehbooba Mufti with their political and administrative experience.

True, the jehadi factor makes it difficult for a government to adopt a sane attitude because of the irrational pseudo-religious fervour of the militants. But an overt demonstration of being sensitive can enable the government to enlist the overall support of Kashmiri society and enable the elders to rein in the rebels.