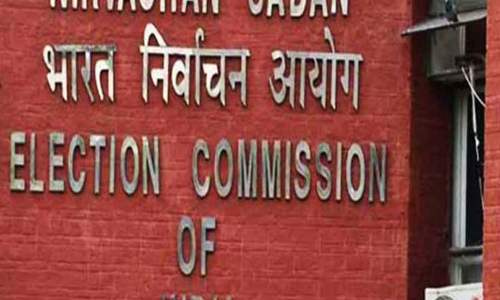 The Speaker of the Legislature is a political creature and, therefore, generally he is not impartialMost of the times he takes a view which is in the...

The Speaker of the Legislature is a political creature and, therefore, generally he is not impartial.Most of the times he takes a view which is in the interest of the party to which he belongs.

In Kihota Hollohan verdict;
The majority Judges rejected the contention that the investiture of adjudicatory functions in the Speaker/Chairman is by itself invalid on the ground of political bias and lack of impartiality.

The majority view on the role of Speaker/Chairmen:
"The Chairmen or Speakers hold a pivotal position in the scheme of parliamentary democracy and are guardians of the rights and privileges of the House.They are expected to and do take far reaching decisions in the functioning of parliamentary democracy.Vesture of power to adjudicate questions under the Xth Schedule in such constitutional functionaries should not be considered exceptionable".

The minority view, on the other hand;. The speaker cannot be given the role of the 'sole' arbiter in the defection cases as it would be against the Basic structure of the Constitution.The Speaker depends continuously on the support of the majority party in the House, and so he cannot be regarded as an independent adjudicatory authority.Suggestions have, therefore, been made that the Act should be amended to bar all defections ----------individual or group ----- and that the function to decide upon the question of disqualification arising out of defection should be taken away from the Speakers and be vested in the Election Commission which is an autonomous, non-political, non-partisan body.

Hence, there is a unanimous demand that the scope of Anti-Defection law should be expanded and it should be made applicable to the areas where its application is now barred.

Conclusion
Defection is not only anti-democratic but even a form of corruption for underlying motivation is personal gain and not any conscientious change of heart on the part of the defecting legislator.
At the election, people vote for a particular candidate on the basis of the party he belongs to at the time of his election. It is reasonable to contend that if the legislator seeks to change his political affiliations after election, he must resign from his membership of the legislature and seek fresh endorsement by the voters on the basis of his newly chosen platform.

The lacunae existing in the Anti-Defection law can be rectified and it can be made more effective if the superintendence or adjudicatory function is vested in the Election Commission of India.
The President in case of Parliament, and the Governor in case of State Legislatures, may refer the matter to the Election Commission of India. This seems the most viable way to avoid politically motivated decisions by the Speakers when members of one political party defect to another.

A slew of petitions were filed before several High Court across India and also in the Apex Court to ensure much needed amendment to the law, however, law making is the sole responsibility of the legislature and if the legislature abdicates its responsibility and the executive of the day is unwilling for a change in the status quo courts should take the onus upon themselves and direct the other organs of the government to frame laws to plug any loopholes existing in the laws in operation.

The existing anti-defection law has outlived its utility and therefore an amendment incorporating requisite changes to the Anti-Defection law is the need of the hour to safeguard our democracy and to uphold the aspirations of the electorate.