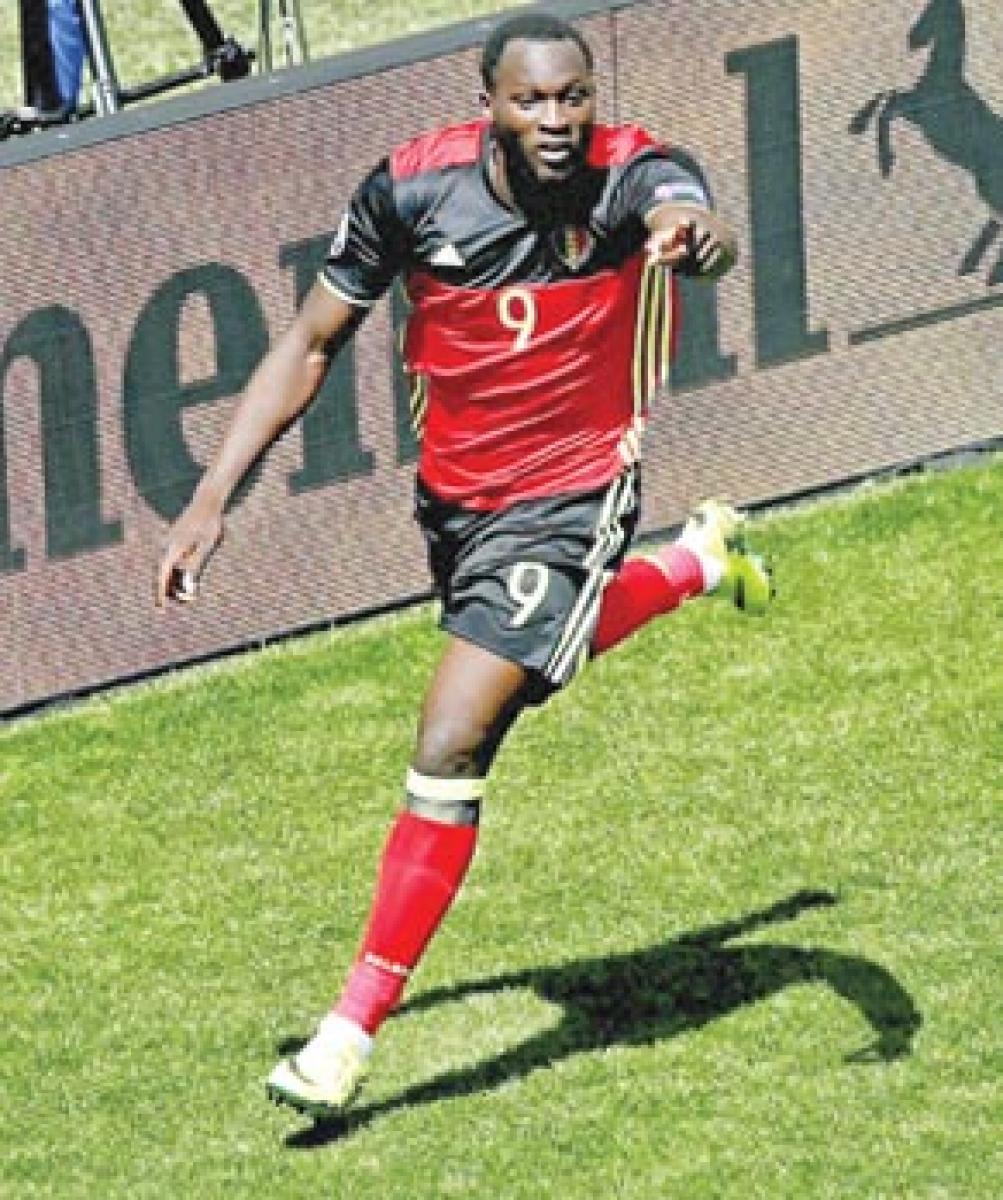 Romeru Lukaku (48th, 70th minutes) struck twice for the highest ranked team in the tournament while Axel Witsel (61st) also found himself on the scoresheet.

Bordeaux: Belgium roared back into contention for a spot in the knockout phase of Euro-2016 with a dominant 3-0 thumping of Ireland in a Group E match at the Stade de Bordeaux here on Saturday.

Romeru Lukaku (48th, 70th minutes) struck twice for the highest ranked team in the tournament while Axel Witsel (61st) also found himself on the scoresheet.

Lukaku thus became the first Belgian to score twice in a game at a major tournament since current manager Marc Wilmots did so against Mexico in the 1998 World Cup coincidentally also held in France.

Saturday's result also extended Belgium's unbeaten run against Ireland to eight matches, including three wins.
Belgium have now risen from the bottom of the group table to the second spot behind title contenders Italy with three points from two matches.

Ireland fell to the bottom of the group and virtually out of contention for a last 16 berth with a single point after two matches and goal difference -3.

The highest ranked team in Europe, World no 2 Belgium started their campaign in an embarrassing manner as they were thoroughly outclassed by Italy.

However, they convincingly re-established their credentials on Saturday by showcasing awesome attacking ability.
Playing a five-man midfield with Kevin de Bruyne as the playmaker behind lone striker Lukaku, Belgium dominated the proceedings and regularly put the Irish defence into trouble with their excellent play and fast counters.

Ireland manager Martin O'Neil had employed a similar formation to the Belgians with Shane Long as the centre-forward, but their long ball tactics were not enough to beat the Belgium defence. Only some desperate defending enabled the Irish to maintain a clean sheet in the first half, but the quality in the Belgium team ultimately proved to be too much for them.

Belgium took the lead almost immediately after the break. A fast counter saw de Bruyne make a splendid run down the right flank before setting up Lukaku in front of the Ireland penalty box.

The Everton centre-forward produced a clinical finish from the edge of the box to put the Belgians ahead.
Axel Witsel doubled the margin a short while later, exploiting some poor marking by the Irish defence to head in a cross into the penalty box by Thomas Meunier.

It was Witsel's first goal in a Belgian jersey in almost two years.
The third goal showcased the speed and counter-attacking ability of the Belgium team. Meunier dispossessed James McClean deep inside the Belgian half before quickly sending the ball forward for Hazard.

The Chelsea forward made a fast, unchallenged run down the left flank before finding Lukaku at the edge of the Ireland penalty box.
Ireland goalkeeper Darren Randolph could only watch helplessly as Lukaku buried the ball into the net with a powerful finish.

We had a team meeting two days ago, where everyone could express their opinion and yes, we played well against Ireland.”
The team responded very well. We did what we had to do, we had to play good football and keep a clean sheet. That’s what we did; now on to the next game” he added.