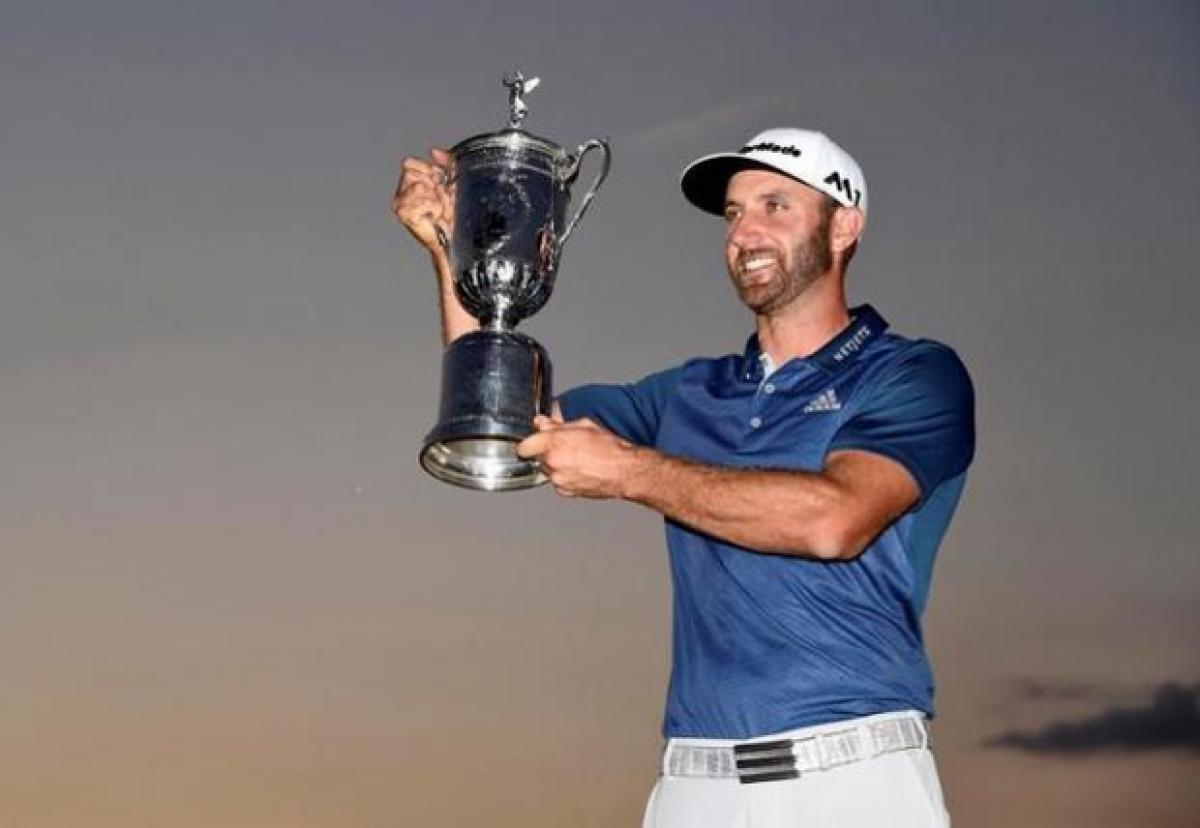 In pursuit of his first grand slam crown, the world number six played clutch golf under intense pressure at brutally difficult Oakmont Country Club, finishing in style as he sank a short birdie putt at the last.

Having negotiated the final seven holes under notice that he might be penalised for a rules infraction on the fifth green, despite being cleared by another official at the time, he was docked a shot after the round's completion, with his score amended to a closing 69 for a four-under winning total of 276.

After sinking the final putt to clinch his 10th PGA Tour victory, Johnson pumped his right fist in delight, and then lifted his putter to acknowledge the loud roars from the crowd before being embraced by his caddie.

Lowry had been four ahead after the weather-delayed third round was completed earlier on Sunday but he struggled in the conditions while piling up seven bogeys.

"I've had a lot of opportunities that I didn't quite get done, so this one's definitely really sweet," said Johnson. "I knew I was swinging well, and I just kept thinking, it's just me and the course.

"I'm playing against the course. I can't control what anyone else does. So I just tried to hit golf shots, tried to hit it on the correct side of the hole, and two-putt."

The rules controversy was sparked when Johnson's ball moved slightly as the American was preparing to attempt his par putt at the fifth hole, shortly after his birdie attempt there from five feet broke left and slid past the cup.

He denied having caused the movement and the official accompanying the pairing decided not to levy a penalty.

After being informed on the 12th tee by a U.S. Golf Association official that he might be penalised after the round, Johnson ran up a three-putt bogey at the 14th but otherwise displayed nerves of steel as he negotiated the closing stretch.

He rolled in a 10-footer to save par at the 16th and thunderous roars of "DJ, DJ, DJ" rang out as the crowd gave vocal support to the tournament leader in his bid for a first major victory after a series of heartbreaks in the past.

Johnson had previously recorded 11 top-10s in the majors without winning, including two-runner-up spots, and he missed a three-foot putt at the final hole to hand last year's U.S. Open at Chambers Bay to Jordan Spieth.

On Sunday, however, Johnson was remarkably composed in the circumstances and made several clutch putts on a day when the entire field struggled on greens running lightning-fast.

"After last year, to come back and perform like this, I think it shows what kind of golfer I am," said the 31-year-old. "I've knocked on the door a bunch of times. To finally get that major win, it's huge."

American world number two Spieth finished a disappointing title defence with a 75 for a nine-over total of 289.