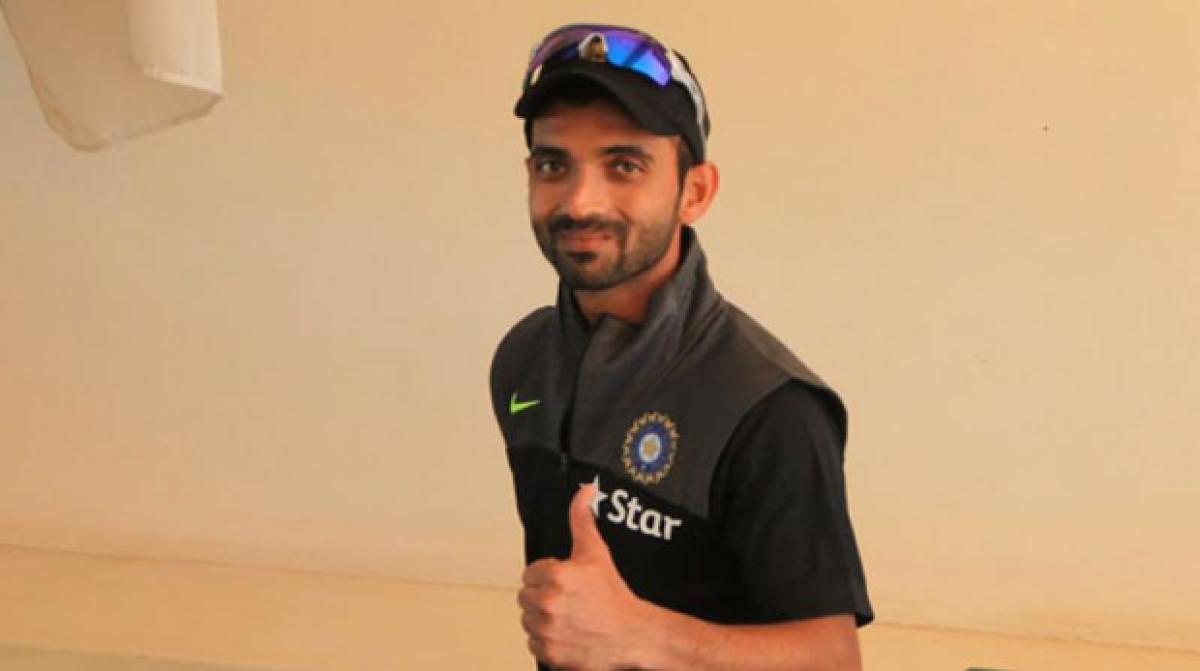 "This will be my experience with Anil bhai (Anil Kumble). When I was with Mumbai Indians, he was not there (with MI), he came after the third year. A player like him becoming India's coach is a big and a good news for Indian cricket going forward," he told reporters here.

"He has so much of experience, he has played international cricket for so many years, definitely his tips will take Indian cricket forward," the 28-year-old player said.

Rahane was speaking on the sidelines of the 6th Convocation Ceremony of the International Institute of Sports Management (IISM) in South Mumbai in the presence of former India player Nilesh Kulkarni.

India are touring the West Indies for a four-Test series beginning July with Rahane as the vice-captain.

Asked about the tour, Rahane said, "The pre-tournament camp is definitely of importance because as a team we are coming together after a long time. As you (reporter) said, it is long tour and right now focus is on the West Indies tour.

"This camp is of seven days, we will go there and play practise games. I believe it will be important to get the momentum for the first Test match and the practise games. So, as early as we adjust to those conditions and become mentally prepared, it will be good for us."

On BCCI's decision to play Ranji matches at neutral venues, the right-handed batsman said, "It is a good decision because players will have to think. They will get an idea about their game and mentally they will become tough.

"When you play home games, you know the advantage and make the wickets accordingly. On neutral venues, there is no control in our hand and that's when the importance of the game will increase further. Players will become mentally strong and will be able to learn more about the game."