Icing on the Euro cake 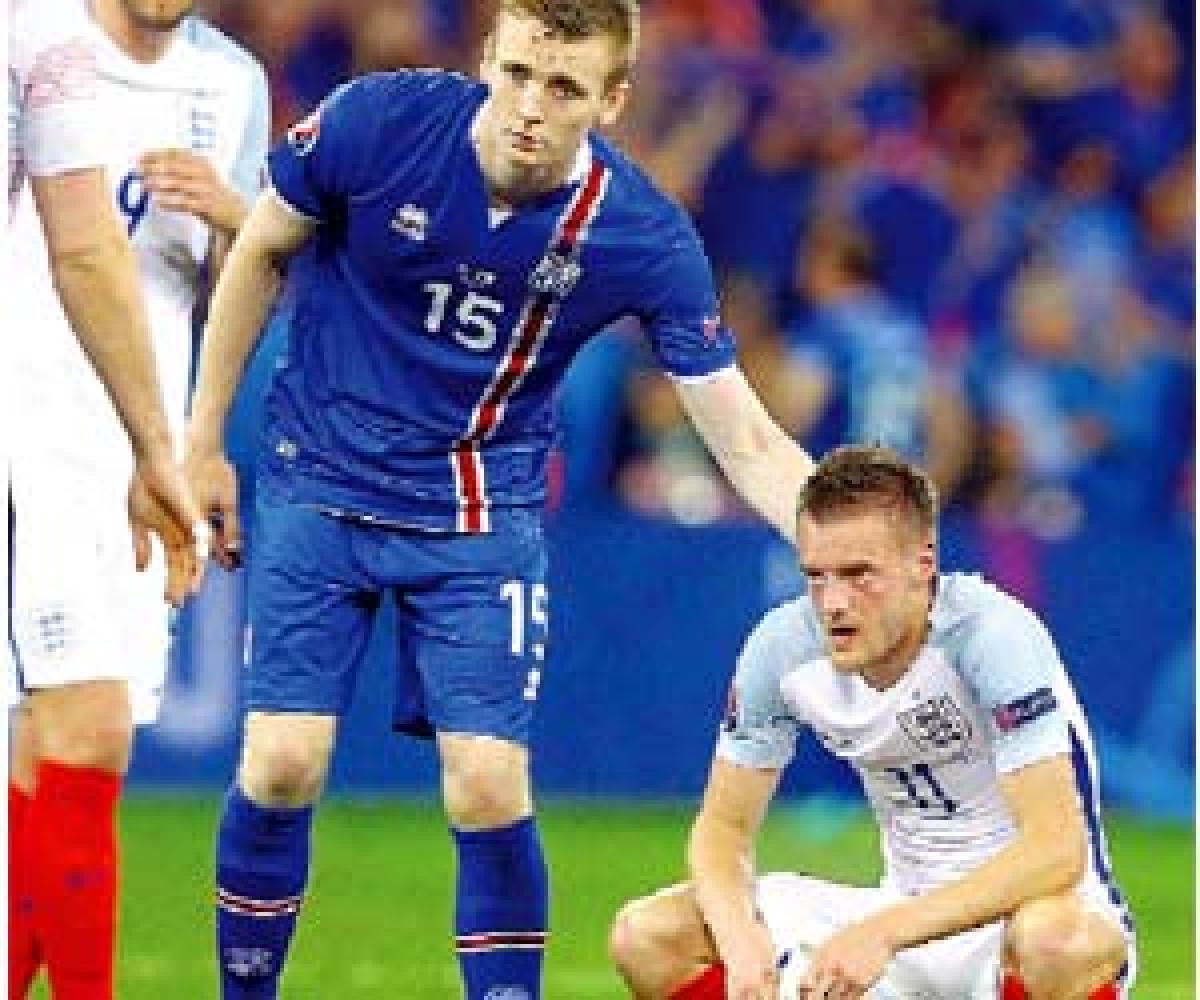 England were dealt a humiliating 2-1 defeat by minnows Iceland as Roy Hodgson\'s side crashed out of Euro 2016 in one of the most stunning upsets in the history of the game.

Nice: England were dealt a humiliating 2-1 defeat by minnows Iceland as Roy Hodgson's side crashed out of Euro 2016 in one of the most stunning upsets in the history of the game.

Three days on from Britain's vote to leave the European Union, England followed the country's lead by exiting Europe, their quest for a first title since the 1966 World Cup doomed to continue.

It ranked alongside their 1-0 loss to the part-timers of the United States at the 1950 World Cup and sent Iceland, appearing at their first major tournament, into a glamour quarter-final with hosts France.

England manager Roy Hodgson is now almost certain to lose his job, with Football Association chairman Greg Dyke having said recently that the team would have to ‘do well’ in France for him to be offered a new contract.

Ironically, Hodgson's fate was sealed by his former protege Lars Lagerback -- Iceland's joint coach alongside Heimir Hallgrimsson -- who began his coaching career under the Englishman's tutelage in Sweden in the late 1970s.

As expected, Hodgson made six changes to his starting XI at a muggy Stade de Nice, which included a recall for Raheem Sterling.

The Manchester City forward was criticised for some insipid group-stage displays, but he made an excellent start, racing onto Daniel Sturridge's fine pass and drawing a foul from Iceland goalkeeper Hannes Halldorsson.

Rooney planted the penalty into the bottom-left corner to crown his 115th England appearance -- which tied David Beckham's record for an outfield player -- with a 53rd international goal.

Remarkably, his side's lead was to last only 34 seconds.

Hodgson had warned of the dangers of Aron Gunnarsson's long throw-ins prior to the game, but from the Iceland captain's right-wing missile, Kari Arnason headed the ball on and Sigurdsson charged in behind a dosing Kyle Walker to volley home from close range.

It drew a roar from the blue-shirted fans in the Iceland end and after Dele Alli and Harry Kane had fired narrowly over for England, they were screaming with disbelief in the 18th minute.

Gylfi Sigurdsson and Jon Dadi Bodvarsson worked the ball to Sigthorsson and with England's defenders standing off, the Nantes striker rolled a shot goal-wards that Hart could only palm into his bottom-left corner. Having also allowed a Gareth Bale free-kick to squirm past him in the 2-1 win over Wales, it was the City goalkeeper's second major blunder of the tournament. Kane threatened to provide an immediate riposte with a stinging volley that was brilliantly palmed over by Halldorsson, but in the main Hodgson's men were reduced to long-range potshots. Hodgson made two attacking changes -- Jack Wilshere replacing Eric Dier at half-time, Jamie Vardy taking Sterling's place on the hour -- but despite their firepower, there was no craft whatsoever to England's approach play.