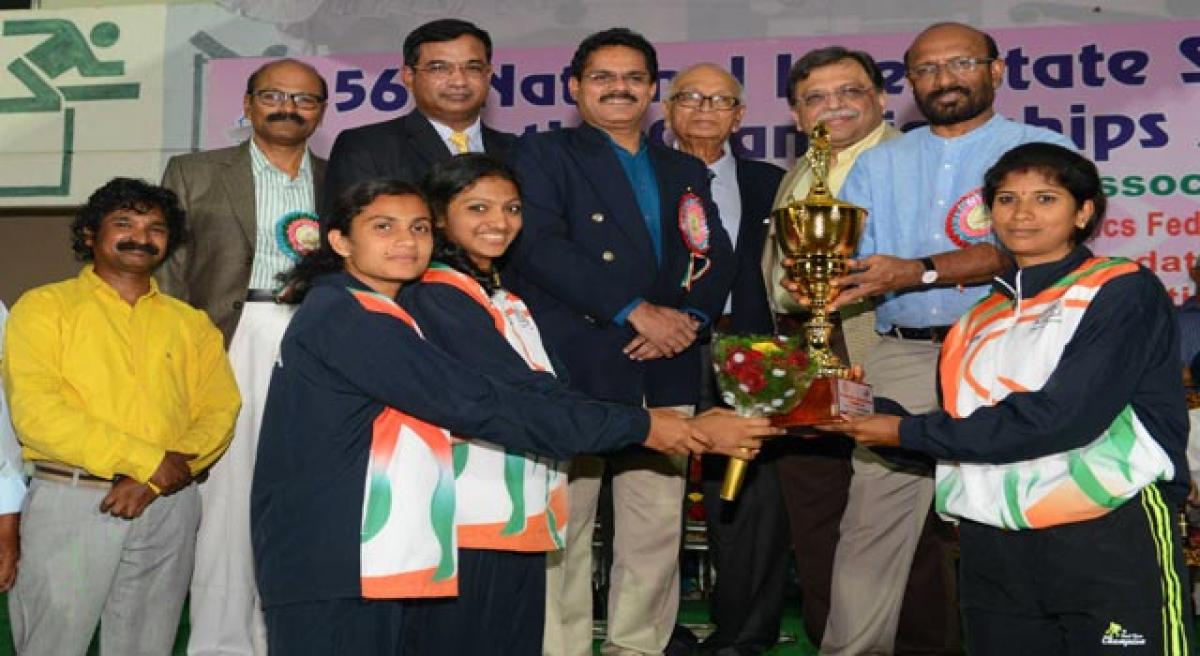 Annu, the Incheon Asian Games bronze medalist, bettered her previous meet mark with her first round 59.06m at G.M.C. Balayogi Stadium. However her big throw of the day (59.87m) came in the fourth round that erased her two-year-old Incheon performance of 59.53m.

Her teammate Suman Devi, who led with a season best 59.45m registered during her gold winning throw in South Asian Games at Guwahati earlier this year, could log only 55.88m in second place today.

Haryana girl Sharmila Kumari was third with 53.80m throw. Both Annu and Suman returned to India along with male javelin throwers Rajender Singh and Vipin Kasana from their European training tour especially to take part in the senior nationals here, while the top two javelin throwers of the season, Neeraj Chopra and Shivpal Singh remain with their coach Gary Calvert for competitions.

Team Kerala took the overall championship with 164 points with neighbouring Tamil Nadu placed runners-up in a close 150 points. TN team finished second in women’s team championship (92 pts) while Haryana did so in men’s with 62 points—that was just 6 points less than Kerala men (68).

Andhra javelin thrower Amit Kumar (24) pulled a big surprise as he won the men’s event with a notable personal best 79.14m ahead of Ravinder Singh Khaira (78.11m) and Vipin Kasana (77.94m) whereas national record-holder Rajender Singh finished outside the podium with a performance of 76.65m.

In 5,000m this morning Suriya came closer to O P Jaisha's meet mark of 15:57.05 with a fast 15:59.6 while Maharashtra's duo Swati Gadhave and Sanjivani Jadhav replicated their position from 10,000m held on the opening day.