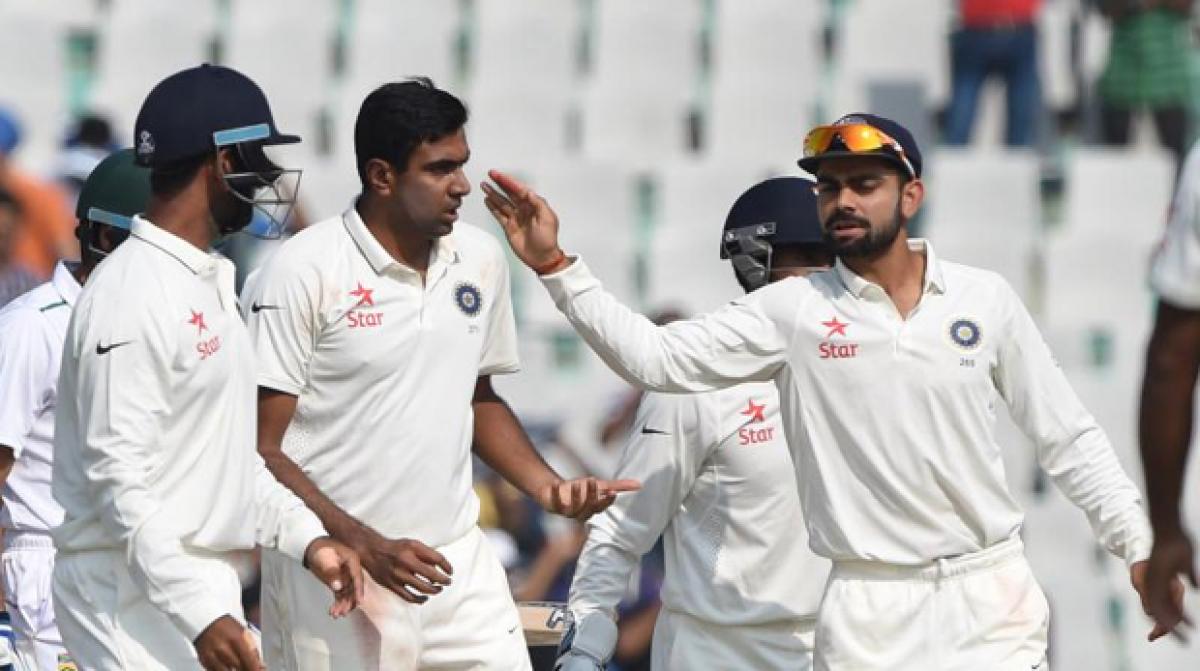 The 16-member Indian squad led by Virat Kohli left here tonight for the West Indies to engage the hosts in a four-Test rubber later this month and in August.

The 16-member Indian squad led by Virat Kohli left here tonight for the West Indies to engage the hosts in a four-Test rubber later this month and in August.

The team was accompanied by its newly appointed head coach Anil Kumble and other support staff.

The squad will open the tour with a two-day game against the West Indies Cricket Board President's XI at Warner Park in Basseterre, St Kitts on July 9 and 10 followed by a three-day warm-up fixture at the same venue from July 14 to 16.

The opening Test is scheduled at the Vivian Richards Cricket Ground in Antigua from July 21 to 25.The other three Test matches are scheduled to be held at Sabina Park in Kingston, Jamaica (Jul 30-Aug 3), Darren Sammy National Cricket Stadium in Gros Islet, St Lucia (Aug 9-13) and Queen's Park Oval, Port of Spain, Trinidad (Aug 18-22).

India last toured the Caribbean islands for a Test series in 2011 that the visitors clinched 1-0 by winning the opening game at Kingston and drawing the other two matches in Bridgetown and Roseau.

Incidentally Kohli returns to the West Indies, where he made his Test debut, after five years as the team's captain and premier batsman.