Saina out to better Olympic medal colour despite nagging injuries, pressure of expectations 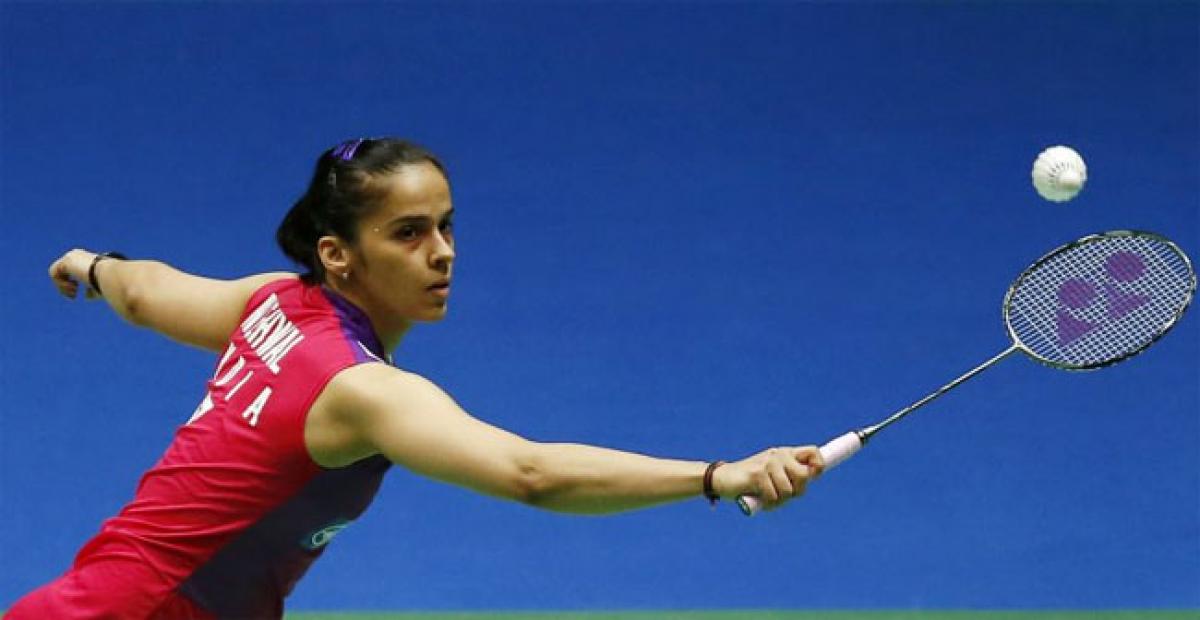 India\'s premier badminton star Saina Nehwal believes that her in-born go-getter attitude will help her overcome opponents, a couple of nagging injuries and pressure of expectations as she bids to better the colour of her Olympic medal at the Rio Games in August.

India's premier badminton star Saina Nehwal believes that her in-born go-getter attitude will help her overcome opponents, a couple of nagging injuries and pressure of expectations as she bids to better the colour of her Olympic medal at the Rio Games in August.

The 26-year-old captured a bronze medal four years ago in London and finished runner-up at the World Championship last year. Her performance, marked by consistency, makes the World No.5 one of India's most promising Olympic medal hopefuls.

The former World No.1 has been bogged down by a couple of injuries at the start of the year and as the Olympic Games start on August 5, she is confident of not only reaching the peak of fitness but also meeting the expectations of 1,250 million Indians.

"I feel I am fit, with some nagging injuries. I am running nicely. At the end of the day, it's important that you reach the peak and play your best during that particular week. That's what will count ultimately and will be the key," Saina told IANS in an email interview.

"Moreover, mental conditioning is as important as your physical strengthening. I have been blessed to be born with a go-getter attitude. I like to win and having a positive mind set really helps."

This will be Saina's third Olympic Games. Over the years, she has learnt how to approach a key tournament.

"Rio is an ideal place to showcase my game. You can't predict results, you need hard work and God's blessing, apart from support of your family and fraternity," Saina said.

"I take each tournament as it comes. Rio Olympics will also be like any other games. My approach to the game is very positive and I would like to keep it like that and focus on my game.

"Coming with an experience, I feel that on the day that I am 100 per cent fit, I have the potential to defeat anyone. I do not feel pressure too much. The moment you are on the court nothing else matters," she added.

The competition for the women's singles may be the fiercest in recent editions.

"I believe every player is there because they have the potential. Each game is going to be a tough game and each player will be a serious challenger," she said.

Keeping the challenge in mind, Saina is leaving no stone unturned to prepare for the battle. She revealed her daily schedule in Bengaluru under the watchful eyes of U. Vimal Kumar: "The entire day is spent in different sessions of training with sparring partners in three sessions of five hours in total -- two, two and one hour sessions," she said.

"Then there is full stretching with the physio, good nutritious meals and sound sleep. There is also a bit of entertainment on TV before I sleep," she added.

Asked how different the mood was this time as compared to her first Olympic Games at Beijing in 2008 where she left her mark by reaching the quarter-finals, Saina said: "It was an amazing experience of participating in Beijing Olympics, I was only 18 years old that time. Now people expect a lot because I feel I have inspired a new generation to take up badminton, especially girls.

"It was a breakthrough for me to enter the quarter-final stage at Beijing and I believe that it gave Indian badminton a massive facelift. Across the world, one generation of successful athletes inspires the next lot of champions," Saina said.

"It is a trend, and Beijing saw Indian badminton cash in on my story. From then, the pressure has been on me to perform and build on my success, and this proved to be a motivating factor in my career," she added.

"Women power is certainly on the rise in badminton in India. Many more players are coming up now. It is a healthy sign and a good trend," she said.