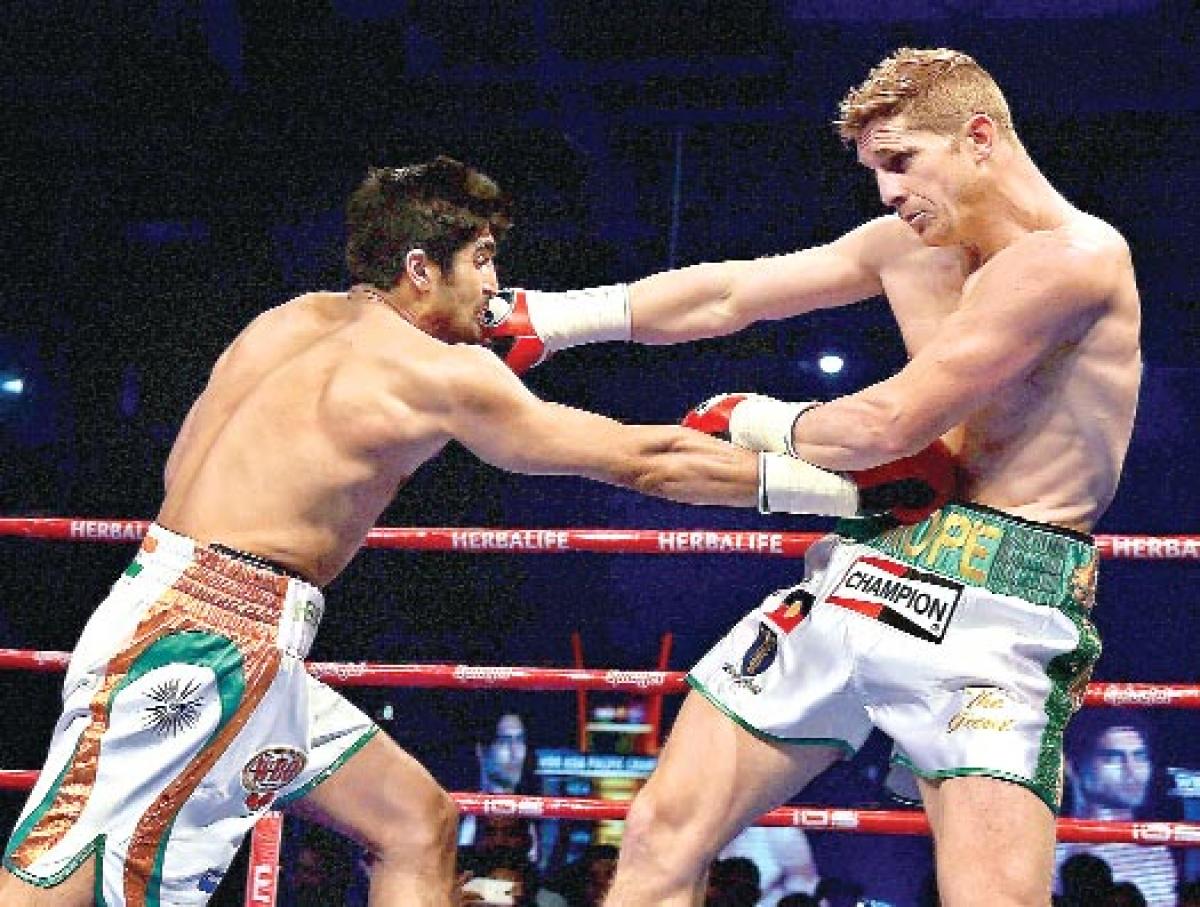 Faced with the most experienced and highly rated opponent of his fledgling professional career, Vijender carved out a 98-92, 98-92, 100-90 verdict from the three judges to extend his record to seven wins from as many fights.

Faced with the most experienced and highly rated opponent of his fledgling professional career, Vijender carved out a 98-92, 98-92, 100-90 verdict from the three judges to extend his record to seven wins from as many fights.

Both boxers were a bit cagey in the opening round, trying to gauge each other. Vijender did manage to penetrate his opponent's defence once with a powerful blow that clearly shook up the Australian.

The second round clearly belonged to Vijender, who made good use of his long reach to evade Hope's punches while going for power-packed body shots.

Hope did better in the third round, and managed to penetrate Vijender's defence a couple of times with his fast right jabs.
The Australian gradually started gaining the upper hand as the bout wore on, repeatedly outfoxing Vijender with his superior footwork and movement.

He dominated the fourth and fifth rounds and although Vijender managed to land a few solid blows of his own, the local favourite was clearly having the worse of it.

The 2008 Olympic bronze medalist seemed to tire a bit as the fight wore on. Hope continued to move around with speed and vigour, exhibiting impressive technique and footwork while Vijender was comparatively less mobile in the later rounds, relying more on his power to counter his opponent.

But despite taking some hits to his body, he managed to hold his own till the end.Earlier, in the other significant fight of the night, British Asian boxer Sandeep Sahota defeated Vikas Lohan 3-0 in a Super Lightweight bout.

Sahota adopted an aggressive approach right from the start. Lohan also played attacking game but Sahota ultimately proved to be too good for him, winning the fast paced bout 40-37, 40-36, 40-37.