Anup powers U Mumba to win 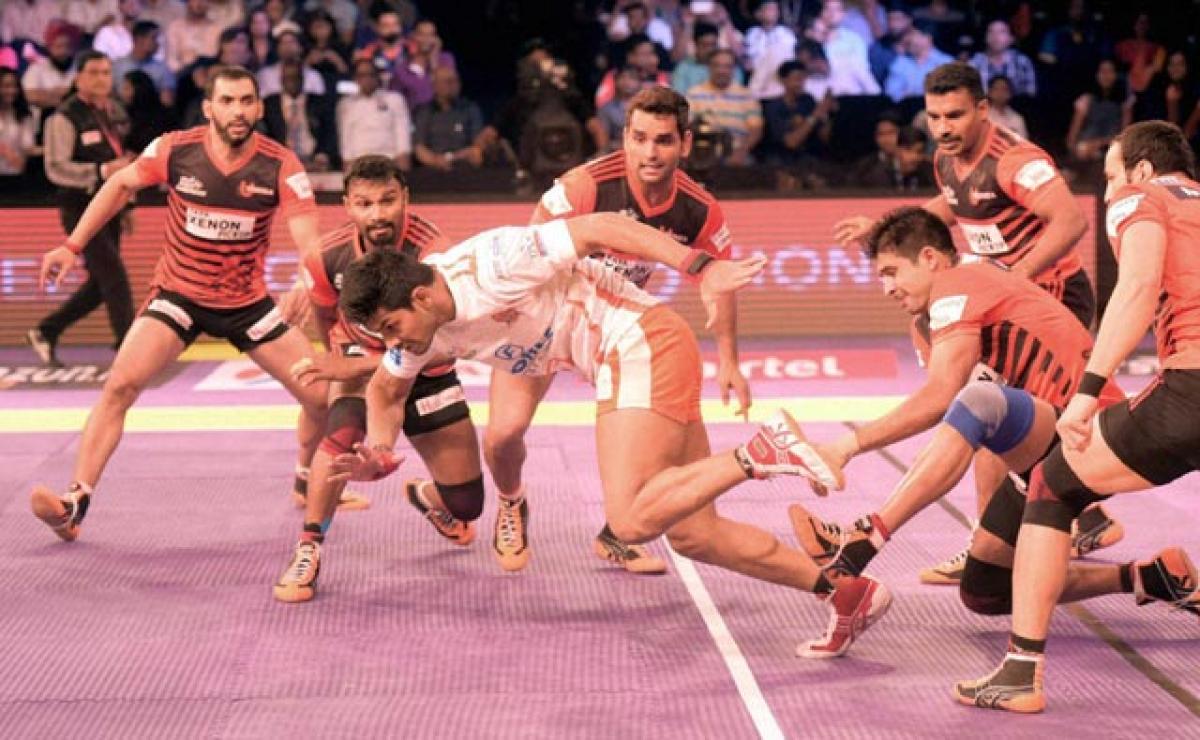 Captain Anup Kumar led from the front, in raids as well as tackles, to power U Mumba to an exciting 34-31 victory against state rivals Puneri Paltan in the Pro Kabaddi League here on Wednesday.

Mumbai : Captain Anup Kumar led from the front, in raids as well as tackles, to power U Mumba to an exciting 34-31 victory against state rivals Puneri Paltan in the Pro Kabaddi League here on Wednesday.

The Maharashtra derby was dominated by Anup as he helped hosts U Mumba turn around a 16-19 deficit with some superb raids and timely tackles that fetched him nine raid points and two in defence.

The victory, their sixth from 10 games, helped the Mumbai franchise to take the fourth place with a total tally of 32 points. It also avenged their earlier 19-41 humiliation at this very venue, NSCI, in the beginning of the tournament.

Pune, who were without captain Manjeet Chillar, were fifth on the table, one point behind their arch-rivals from across the Sahyadri after playing one extra game.

For the visitors, Ajay Thakur was the top player in raids with nine raid points followed by Deepak Hooda (7) but their defence let them down at crucial stages. Captain Joginder Narwal (3 tackle points) and Somvir Shekar (4 tackle points) did their bit.

Mumbai led Pune 15-13 at half time before the visitors caught up at 15 and then even went 19-16 ahead when U Mumbai were all out. When Anup was caught during his raid, Pune led 20-17 and then 23-19 before Mumbai drew level at 23. Once they took the lead with 10 minutes left on the clock, Mumbai did not let go of the advantage although Pune drew level at 26.

When the scores were tied 27-all, Pune suffered an all out to give Mumbai a handy 30-27 advantage with four minutes left in the game. Mumbai increased the leeway to 34-28 and though Pune narrowed it down by three points, Mumbai had nosed just ahead to keep themselves in front till the end.