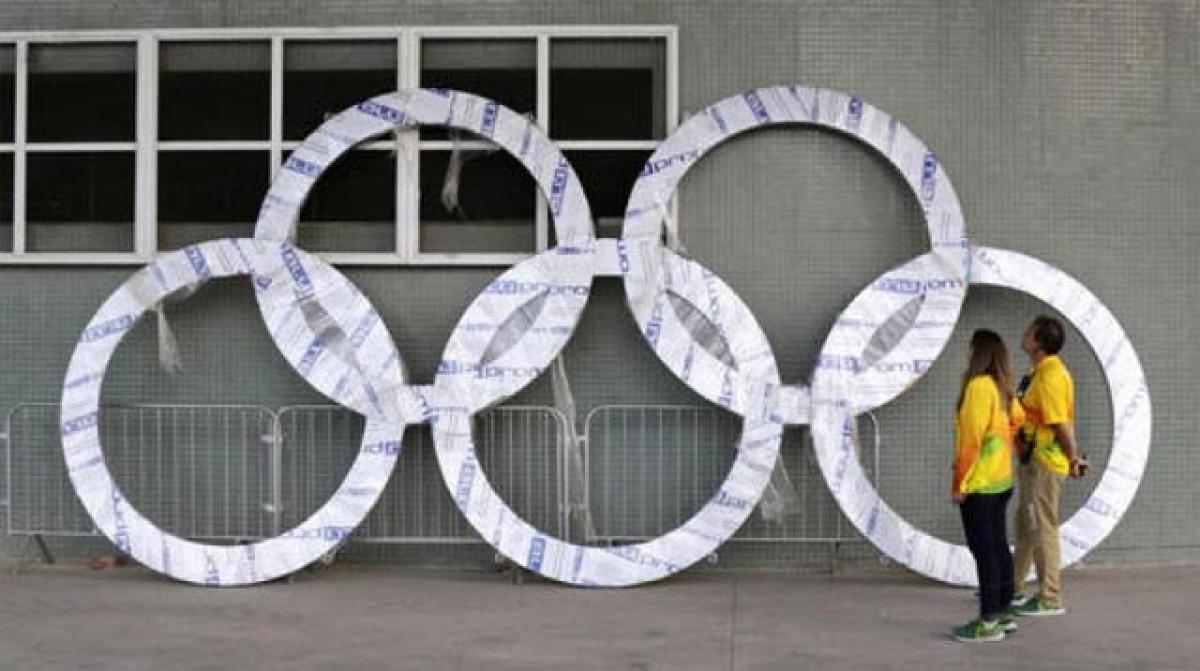 Rio de Janeiro\'s air is dirtier and deadlier than portrayed by authorities and the Olympics\' promised legacy of cleaner winds has not remotely been met, an analysis of government data and Reuters\' own testing found.

Rio de Janeiro's air is dirtier and deadlier than portrayed by authorities and the Olympics' promised legacy of cleaner winds has not remotely been met, an analysis of government data and Reuters' own testing found.

Brazil declared in its official bid for the Olympic Games, which open on Friday, that Rio's air quality was "within the limits recommended by the World Health Organization."

That was not true when Rio won the right to host the Games in 2009 and it is not true now. Rio for years has surpassed WHO limits for the most dangerous air pollutant - called particulate matter (PM) - spewed from millions of vehicles clogging the city's roads.

Thousands die annually in Rio's metropolitan area of 12 million people because of complications related to the air. People exposed to the pollution have higher risks of lung cancer, heart attacks, strokes, asthma and other diseases.

"This is definitely not 'Olympic air'," said Paulo Saldiva, a University of Sao Paulo pathologist and member of the WHO committee that set tougher global pollution standards in 2006.

"A lot of attention has been paid to Rio's water pollution, but far more people die because of air pollution than the water," he said. "You are not obligated to drink water from Guanabara Bay but you must breathe Rio's air."

But there has been no talk of Rio's air pollution, three-quarters of which is caused by exhaust fumes from the 2.7 million vehicles on its roads, according to Rio state's environmental protection agency, Inea.

Its data shows that since 2008, Rio's air has consistently been two to three times above WHO's annual limit for PM 10 - so called because the particulate matter has a diameter of 10 microns or less, seven times smaller than that of a human hair.

That means Rio has the dirtiest air of any Olympic host city since scientists began consistently tracking PM 10 in the late 1980s, with the exception of Beijing in 2008.

Tania Braga, head of sustainability and legacy for the Rio Olympics organizing committee, said, "When you talk about air quality, it cannot be judged on PM data alone, and Rio's other pollutants like nitrogen dioxide and sulfur dioxide are comfortably within WHO's limits."

Though accurate, Saldiva said "the health damages associated with PM pollution are the most severe of all pollutants" and, because of that, Rio's air is of poor quality.

The WHO says on its website that "PM affects more people than any other pollutant," that outdoor pollution caused 3.7 million premature deaths worldwide in 2012 and that those deaths were due to exposure to PM 10. The U.N. body did not respond to requests for comment on Rio's air quality.

Using the WHO's methodology on estimating mortality, Saldiva calculates some 5,400 people died in Rio because of air pollution in 2014, the most recent year that data is available.

By comparison, Rio's infamous murder levels resulted in 3,117 deaths last year. From 2010 to 2014, metropolitan Rio had an annual average PM 10 reading of 52 per cubic meter of air, according to Inea statistics. The WHO's limit for the annual average is 20.

Jamie Mullins, a professor of resource economics at the University of Massachusetts-Amherst, estimates that for every 10 units above the WHO limit on PM 10 levels, track athletes across all events see their performances diminished by 0.2 percent. Mullins based that calculation on an examination of nearly 656,000 results from U.S. track athletes over eight years, and the air pollution during each.

The PM level was 44 during the 2004 Olympics in Athens, 24 in Sydney in 2000 and 28 in Atlanta in 1996, said Staci Simonich, a professor at Oregon State University who published a 2009 study on pollution at the Beijing Games.

"Rio's numbers are all too common for the developing world. That is the sad reality," said Simonich. Air quality varies depending on weather - rains temporarily clean PM from the air. But Rio is in its dry season and pollution is at its peak.

Inea denied Reuters' requests to see monthly data on PM levels for 2015 and this year. Some experts even question the reliability of Inea's data - noting that three-quarters of its 64 automatic monitoring stations are run by private companies that pollute, as a condition for them winning environmental licenses.

"The local agency should be fully and independently managing the stations," said James Lents, an air pollution expert who designed southern California's anti-smog effort. Inea did not respond to requests for comment on the private stations.

Saldiva and his top researcher Mariana Veras teamed with Reuters to analyze Inea's data and carry out independent testing on PM 2.5 - fine particles that pose the most serious health risks.

Inea's data shows that since 2011, Rio's PM 2.5 levels surpassed WHO's annual limits 83 percent of the time. Reuters conducted 22 separate hour-long tests for PM 2.5 levels: in front of the Olympic Park and the Olympic Village, next to the beach volleyball arena on Copacabana beach and just outside the Olympic stadium where track athletes will compete.

There are no standards for one-hour tests for PM 2.5 instead the WHO sets a 24-hour average level of 25 and an annual average of 10. But Saldiva and other experts said the results show athletes, fans and Rio residents are exposed to high levels of PM 2.5.

The highest readings were at the Olympic stadium – with a peak of 65 PM 2.5 during a June 30 test taken mid-morning, the same time of day athletes will compete.

The Copacabana site had a 57 reading the same day, while the Olympic Village where athletes will sleep hit a maximum of 32. Rio's mayor, Eduardo Paes, has been praised by experts for creating Bus Rapid Transit (BRT) routes and extending a subway line, but Rio's fleet of vehicles still grows by 100,000 a year.

The mayor's office told Reuters improvements in public transport would significantly reduce greenhouse gas emissions. It said the BRTs had already resulted in 750 smaller-capacity buses being removed from roads.

But Saldiva said mass transport must be vastly expanded to significantly impact pollution levels, given the number of cars and trucks on Rio's roads. "The idea of an Olympic legacy in terms of diminishing air pollution is Utopian. It is unimaginable that a few BRT routes will substantially change the quality of the air," he said. "For the Brazilians remaining in Rio after the Olympics have come and gone, there is no clean air legacy."