India aim for record tally in this year Rio Olympics 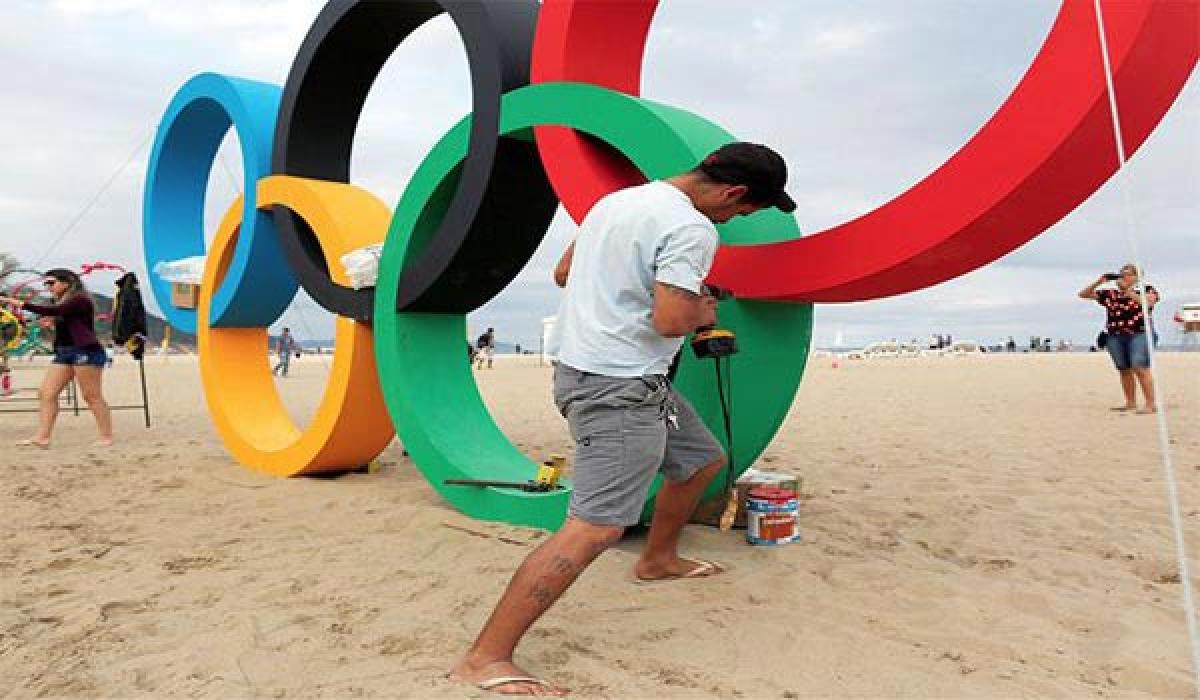 Rio de Janeiro:With India\'s largest contingent travelling to the 2016 Summer Olympics here, billions back home will hope that the blend of experience, youth and debutants participating in the Games will go the extra mile and script history in the biggest extravaganza in the world of sports. With Indians participating in a larger number of disciplines in this edition of the Games, the country wi

Rio de Janeiro:With India's largest contingent travelling to the 2016 Summer Olympics here, billions back home will hope that the blend of experience, youth and debutants participating in the Games will go the extra mile and script history in the biggest extravaganza in the world of sports.

With Indians participating in a larger number of disciplines in this edition of the Games, the country will aim to better its medals tally from the 2012 London Olympics and make it double digit this time around. India won six medals at London, their highest haul so far.

The Rio Olympics will run from August 5 to 21.

The biggest and by far the best bet for India's golden dreams at the Olympics would be ace shooter Abhinav Bindra.

His 2008 Beijing Olympics gold is the only top individual honour for India at the Games and this time around he remains a strong medal prospect. He has also won the gold medal at the ISSF World Shooting Championship in 2006 and another gold in the 2014 Commonwealth Games.

Gagan Narang, another star shooter, is also a strong medal contender. He had claimed a bronze at the London Games and will look for gold this time.

Star shooter Jitu Rai is also in with a strong chance to win a medal in the men's 50m and 10m pistol events. He will make his debut in the Games. He remains a strong contender after he won a gold medal in the 10m air rifle at the ISSF World Cup earlier this year.

Wrestling is another sport where Indians have emerged as strong contenders in recent years. Veteran Yogeshwar Dutt, who bagged a gold in the 2014 Commonwealth Games and Asian Games is probably India's best bet for a medal.

The 33-year-old from Haryana clinched the bronze medal in the 60kg freestyle category in the last Olympics and will aim to get the top honour in the 65kg division here.

Another Indian wrestler who will be eager to do well will be Narsingh Pancham Yadav. The 26-year-old, who had to stave off a legal challenge from double Olympic medalist Sushil Kumar to decide who will represent India in the 74kg freestyle category, endured a harrowing time in the last few days leading up to the Games after testing positive for a banned substance.

However, with the Wrestling Federation of India (WFI) throwing its weight behind him, the Mumbai grappler managed to get a clean chit from the National Anti Doping Agency (NADA). Although the controversy disrupted his training on the eve of the Olympics, it has definitely increased Narsingh's determination to ensure a podium finish in Rio.

In badminton, India has high hopes from Saina Nehwal, who clinched a bronze in the women's singles category at the London Olympics and has had a good season so far. The former World No.1 will aim to better her London performance in Rio.

Besides shooting, wrestling and badminton, the millions of Indian fans back home will have their eyes on tennis mixed doubles players Sania Mirza-Rohan Bopanna and the men's doubles team of Leander Paes and Bopanna.

Women's doubles World No.1 Sania and Bopanna complement each other perfectly when it comes to style of play and could give a tough time to their opponents on their day.

On the other hand, Leander Paes will play in his seventh Olympic Games. Having represented India at the international level for over 28 years, Leander will be eager to win a medal along with Bopanna in what will probably be the last Olympic appearance of his glitterring career.

The Indian men's hockey team will aim to better its performance after finishing last at the London Games.

Under the watchful eyes of head coach Roelant Oltmans, India have shown they have it in them to clinch the top honour once again and they will surely have to battle it out against the best to achieve that.

They took silver at the prestigious Champions Trophy earlier this year and bagged a bronze at the Hockey World League last December. With the more articulate P.R. Sreejesh taking over the captaincy from star midfielder Sardar Singh, the Indians will be hoping to go all the way.

Dipa Karmakar, who created history by becoming the first women gymnast from India to qualify for the Olympics, will be high on confidence to make a mark on the big stage.

In athletics, India will aim for a good show in the men's 4x400m relay event. The Indian quintet of Muhammed Kunhu, Muhammed Anas Yahiya, Dharun Ayyasamy and Rajiv Arokia had set a new national record of 3:02.17 at Sree Kanteerava Stadium in Bengaluru last month to qualify for the Rio Olympics.

Tintu Luka, who will compete in the women's 800m event, will have to give her best performance if she is to come out with flying colours.

O.P. Jaisha will participate in the marathon, but her chances seem slim as the race is most likely to be dominated by the Africans. Sudha Singh will aim to use her 2010 Asian Games gold medal as an inspiration when she competes in the 3000m steeplechase.

Unfortunately the menace of doping has hit the athletics squad as well with shot putter Inderjeet Singh and sprinter Dharambir Singh testing positive for banned substances.

Although Inderjeet had claimed a conspiracy to frame him, he is yet to clear his name after his 'B' sample also returned positive.

Dharambir has also missed the flight to Rio after he tested positive on the eve of the Indian athletics squad's departure for Brazil. Dharamvir, who is the first Indian to qualify for the men's 200m event after a gap of 36 years, now has very little chance of taking to the track at the iconic Maracana Stadium here.