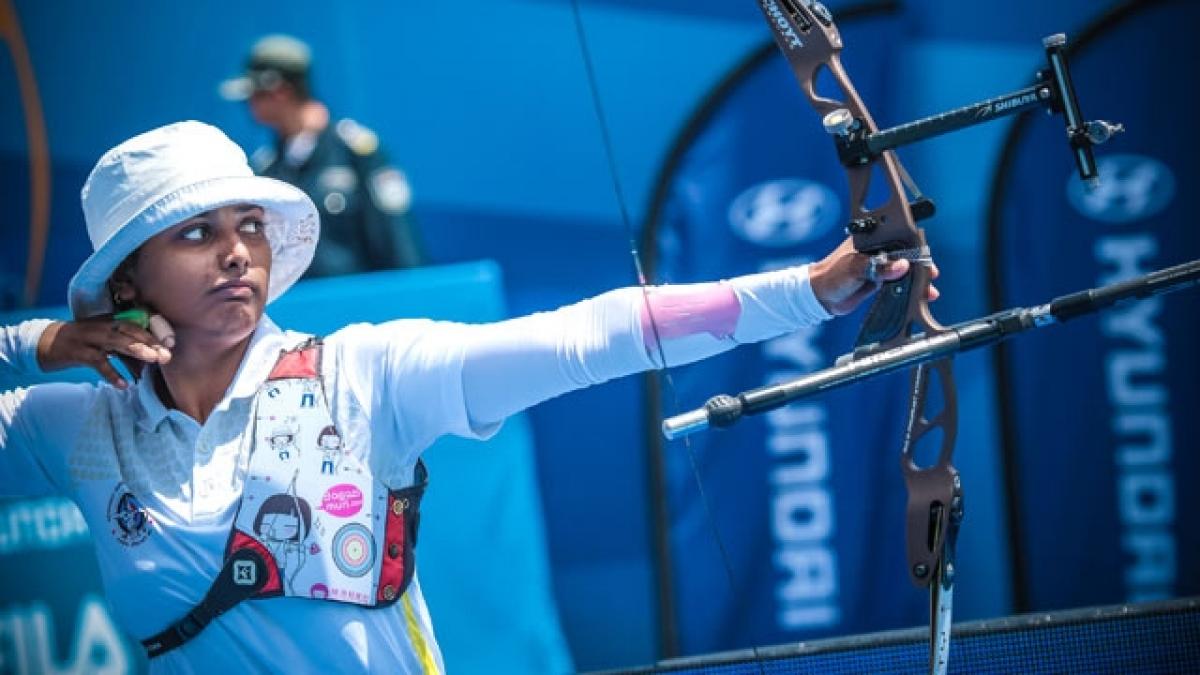 Deepika Kumari once again faltered under pressure to miss a target as India\'s medal hope in the women\'s team event received a big blow by finishing a lowly seventh in the archery qualification round of the Olympics here today.

​Rio de Janeiro: Deepika Kumari once again faltered under pressure to miss a target as India's medal hope in the women's team event received a big blow by finishing a lowly seventh in the archery qualification round of the Olympics here today.

Hours after Atanu Das impressed on his Olympic debut by finishing a creditable fifth in the individual section, India's star archer Deepika Kumari put up one of her most inconsistent displays to finish a poor 20th with a score of 640 out of 720.

In her third Olympics, senior most Bombayla Devi Laishram shot 638 to finish 24th while Laxmirani Majhi finished a lowly 43rd with 614 points.

Eyeing their eighth gold from as many editions, Koreans lived up to their reputation with Choi Misun, Chang Hye Jin and Ki Bo Bae making it top three.

The three women arches wayward performance will affect their medal prospects in the team event where they got a ranking of seventh and open their campaign against Colombia who were ranked 10th.

A top four-finish would have given them a bye to the quarters but the Indian women's team, who shot 1892 points together, will begin the elimination stage from the first round of 16 on August 7.

If they manage to advance, India may face second ranked Russia and third ranked China in their prospective quarters and semifinal clashes.

The double Commonwealth Games gold medalist led by one point after 30 arrows only to slip in the sixth end when she shot a poor 49 with scores of 9,9,8,8,8,7.

The worst happened in the last arrow of the seventh end when she drew a blank by completely missing the target. Deepika raised her game from the next five ends by securing 13 perfect 10s from 30 arrows but it could only raise her ranking up to 20.

In the individual round, Deepika will face 45th ranked Kristine Esebua of Georgia, while Bombayla will take on 41st ranked Laurence Baldauff of Austria and Laxmirani's first round challenger would be Alexandra Longova of Slovakia.

Das showed fine composure and skill to bounce back from a poor start to finish fifth in the qualification round as archery got underway at Brazil's historic Samba street here.

Lying a lowly 10th after first 36 arrows, the 24-year-old Kolkata lad turned it around in style in the final set of 36 arrows by shooting 23 perfect 10s including 10 closest to the centre to finish fifth with 683 out of the possible 720.