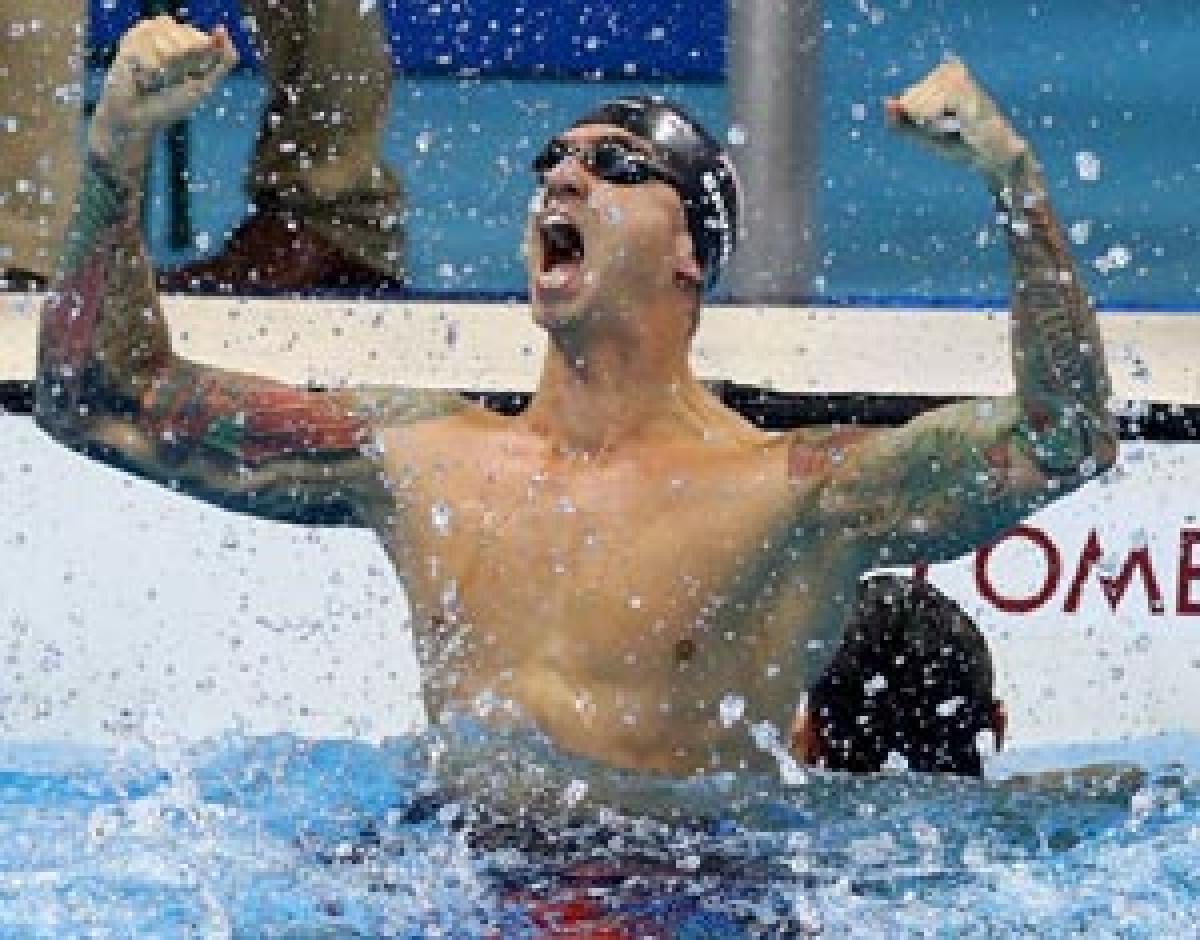 Moments after becoming the first male swimmer to win an Olympic gold in the same event 16 years apart, 35-year-old Anthony Ervin said he would look to make the United States swimming team for the 2020 Tokyo Games.

Moments after becoming the first male swimmer to win an Olympic gold in the same event 16 years apart, 35-year-old Anthony Ervin said he would look to make the United States swimming team for the 2020 Tokyo Games.

He may have been joking. Or maybe not. Ervin won his first gold in the 50-metres freestyle at the 2000 Sydney Olympics in a dead heat with compatriot Gary Hall Jr, before leaving the sport to pursue a love of rock music.

He even sold his gold medal to raise money for the victims of the 2004 Asian tsunami. With his arms cloaked in tattoos, Ervin -- now the oldest man on the US swimming team returned to claim a second title on Friday by the narrowest of margins, edging out defending champion France's Florent Manaudou, by 0.01 seconds.

While Manaudou -- 10 years his junior -- said he was looking forward to some time away from swimming, Ervin was considering another Olympic tilt in Tokyo. "I'm gonna try to make the team, of course," he told reporters. "I like being in an environment where I can try to swim to the best of my potential and I don't think that my age should limit me with that."

While the most successful Olympian of all time, 31-year-old U.S. swimmer Michael Phelps, insisted repeatedly he would not return in 2020, Ervin had no such qualms. He said he had never thought of retirement despite finishing fifth in the 50 metres freestyle at the 2012 Games in London. "Keeping going was an easy decision. I was enjoying what I was doing, so why stop," he said.

"It's been an incredible journey to think that after 16 years, I'm back on the podium at the Olympic games. But I credit it to the love and support of my people, my family." Manaudou said that as a small child he had watched Ervin win gold in Sydney, and dreamed of becoming a swimmer himself. "Even if I lost tonight, I am happy that he came back to win 16 years later," he said, but ruled out emulating Ervin's achievement. "I'm going to take a three month break and if I want to swim after that, then I'll swim. For the time being, I want to party."