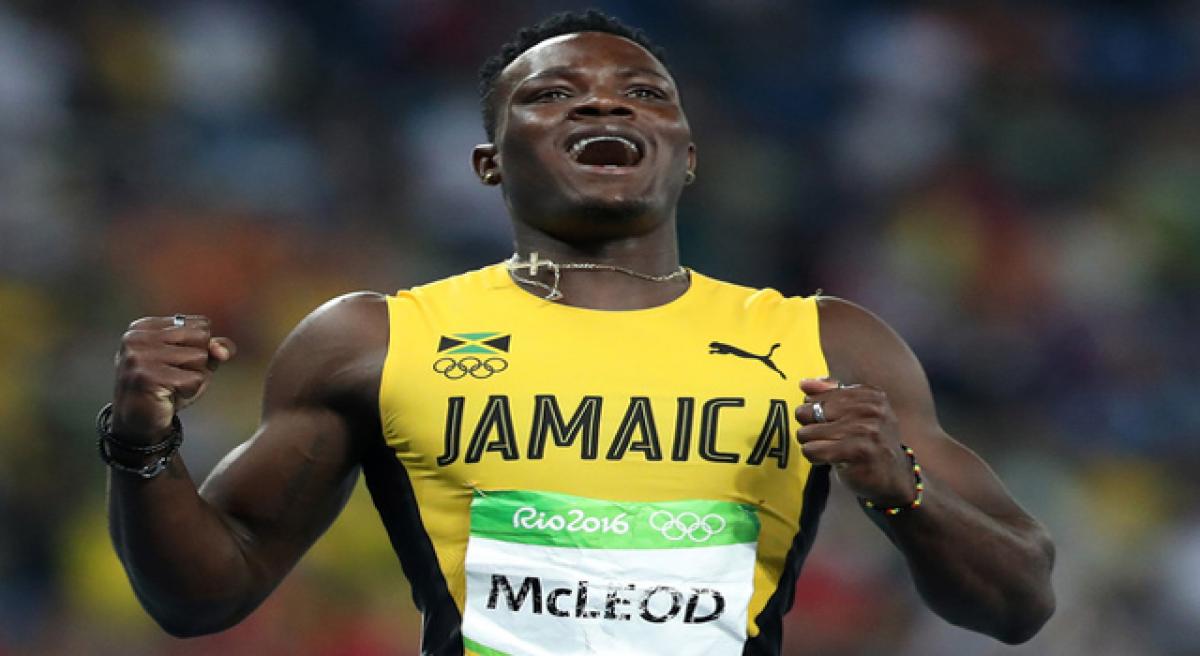 Jamaica continued its assault on United States dominance of the Olympic track when Omar McLeod gave the Caribbean island its first 110 metres hurdles champion in Rio on Tuesday.

The 22-year-old, the only man to clock below 13 seconds this year, exploded out of the blocks to take a lead that was never threatened and crossed the line in 13.05 to win a title that was once a virtual preserve of Americans.

It was the slowest winning time in an Olympic final since Canada's Mark McKoy won gold in 13.12 in Barcelona in 1992 but that was never going to bother McLeod, who also won the world indoor 60 metres hurdles title earlier this year.

Cuban-born Orlando Ortega was second in 13.17 to take silver for Spain, while Frenchman Dimitri Bascou claimed bronze in 13.24 ahead of compatriot Pascal Martinot-Lagarde.

Nineteen of the 27 previous Olympic high hurdles champions had come from the United States but the event provided only disappointment for the Americans on Tuesday.

National champion Devon Allen was fifth and his team mate Ronnie Ash, who looked likely get amongst the medals until he lumbered into the final hurdle, was disqualified.

With the exception of the 1980 Moscow Games, which they boycotted, the United States had never previously failed to provide a medallist in the 120-year history of the event at the Olympics.

McLeod's triumph drew Jamaica level with the United States and Kenya at the top of the track and field medals table at the Rio Games with three golds.

The hurdler said he had been inspired by the multiple champions that ushered in the golden era of Jamaican sprinting.