Virat Kohli’s name gets dragged in 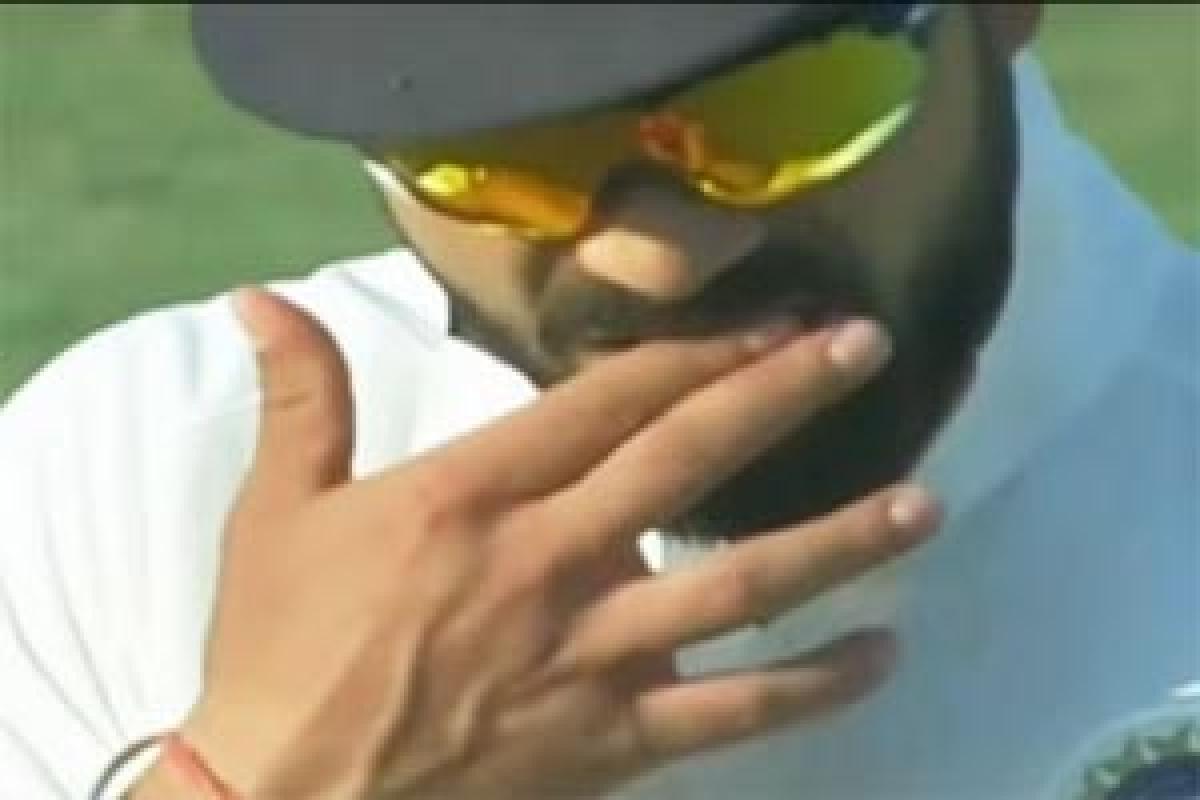 Allegations of ball tampering levelled against Indian Test captain Virat Kohli by a British tabloid do not hold ground as per the specific clauses in the ICC\'s Rules and Regulations about playing conditions.

New Delhi: Allegations of ball tampering levelled against Indian Test captain Virat Kohli by a British tabloid do not hold ground as per the specific clauses in the ICC's Rules and Regulations about playing conditions.

A British tabloid, on Tuesday, levelled accusations against the Indian captain stating that footage from the first Test between India and England at Rajkot indicated that Kohli appeared to shine the ball using residue from a mint lozenger during the first Test in Rajkot.

The report claimed that TV cameras showed Kohli putting his right hand towards his mouth and then appeared to shine one side of the ball. However, there has been no complaint filed by the visiting team and they declined to comment on the issue.

As per regulations on ball tampering by the International Cricket Council, if a team wants to lodge a complaint about ball tampering by a rival team or its player, it has to be done within five days of the completion of the Test match.

According to ICC's 3.2.2.1 a Level 1 Offence or a Level 2 Offence that is alleged to have been committed at any time or place (whether on the field of play or otherwise), then the report must be lodged with the Match Referee (or, where, for logistical reasons, it is impractical to lodge with the Match Referee, the ICC's Cricket Operations Department) within five (5) days of the commission of the alleged offence."

The match in question is the Rajkot Test which ended on November 13 and if England team had any complaints, they needed to make it official by November 18. The Rajkot Test ended in a draw with England batsmen enjoying the pitch by scoring more than 500 runs in the first innings. All the ICC clauses, thus, put to rest media reports surrounding the incident.