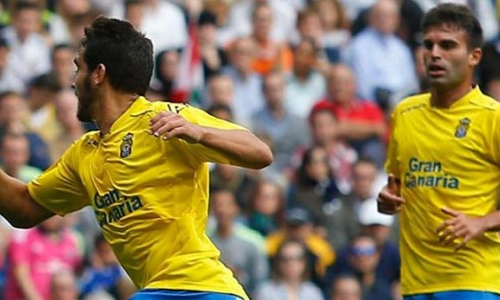 Athletic's only goal came after they were reduced to 10 men with the ejection of striker Aritz Aduriz here on Monday, reports Efe.

Athletic, with 20 points from 13 matches, sits in the eighth place in La Liga, two spots ahead of Las Palmas, who have 19 points.

Athletic got off to an aggressive start only to run out of gas by the midpoint of the first half, when the initiative passed decisively to Las Palmas.

In the 40th minute, midfielder Kevin Prince Boateng was unguarded and the Ghanaian international made it 1-0 for the hosts.

Athletic returned to the attack in the opening minutes of the second half, but conceded their second goal in the 50th minute, scored by Momo who replaced the injured Boateng.

With 40 minutes left to play, Athletic had time to redress the 0-2 deficit, yet their normally effective offence sputtered and they lost top attacker Adruriz in the 74th minute after he drew a pair of yellow cards in succession - the second of them for excessive dissent.

Las Palmas then landed the killer blow on a swift counterattack with Jonathan Viera capitalising in the final minute of regulation time.