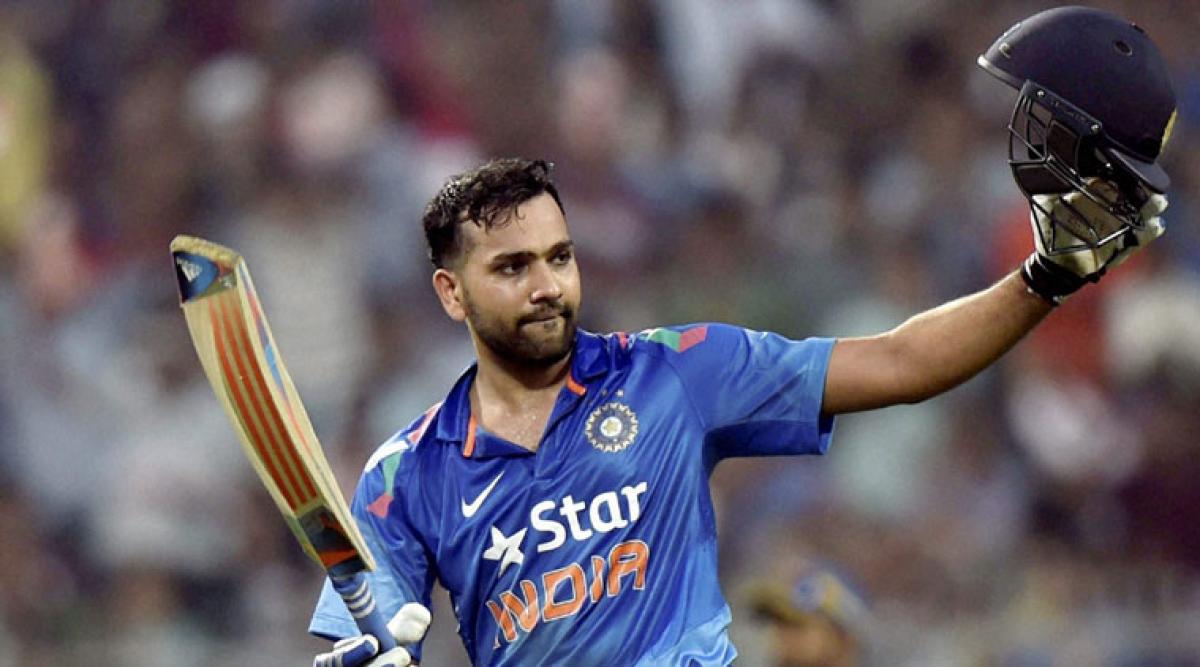 Continuing a thorough rehabilitation program, star batsman Rohit Sharma today said he is striving to make his long-awaited return to the Indian cricket team in the upcoming big-ticket series against Australia.

New Delhi: Continuing a thorough rehabilitation program, star batsman Rohit Sharma today said he is striving to make his long-awaited return to the Indian cricket team in the upcoming big-ticket series against Australia.

Rohit was not a part of India's Test, ODI and T20 triumphs against England, having undergone a thigh surgery in London after suffering an injury in the final One-day International against New Zealand last year.

"I am trying to make a comeback in the Australia series. That is the series I am eyeing. I am at the NCA (National Cricket Academy) right now and everybody is trying to help me out," Rohit said on the sidelines of an event here.

The New Zealand series was the last time the flashy batsman was seen in action. The 29-year-old Mumbaikar, who holds the record for scoring two double tons in ODIs, said he was feeling better and raring to go.

He was in the capital alongside KL Rahul, as a brand ambassador of Adidas for the launch of the sportswear giant's first-ever football destination in India - The Base Plaza.

The 24-year-old Rahul said the team will approach the Australia series on a confident note, having tasted most success in recent times.

Coming back to Rohit, he had hurt his thigh in the final One-dayer against New Zealand while trying to complete a run.

Despite the injury, he kept batting and made a crucial 70 in India's win, in the process aggravating his injury. He had then undergone a successful surgery on his right upper quadriceps tendon with the recovery process keeping him out of action for a long period.

Rohit's absence was felt in the recently-concluded limited overs series against England, with skipper Virat Kohli himself admitting that the opening combination looked shaky.

"If Rohit was in the side, there is no question he would be opening with Rahul. I have no urge to open, I play at three, I can play anywhere according to what the management thinks. You can't ask someone to open if he has not done it in the past. It would be unfair on him," Kohli had said recently.