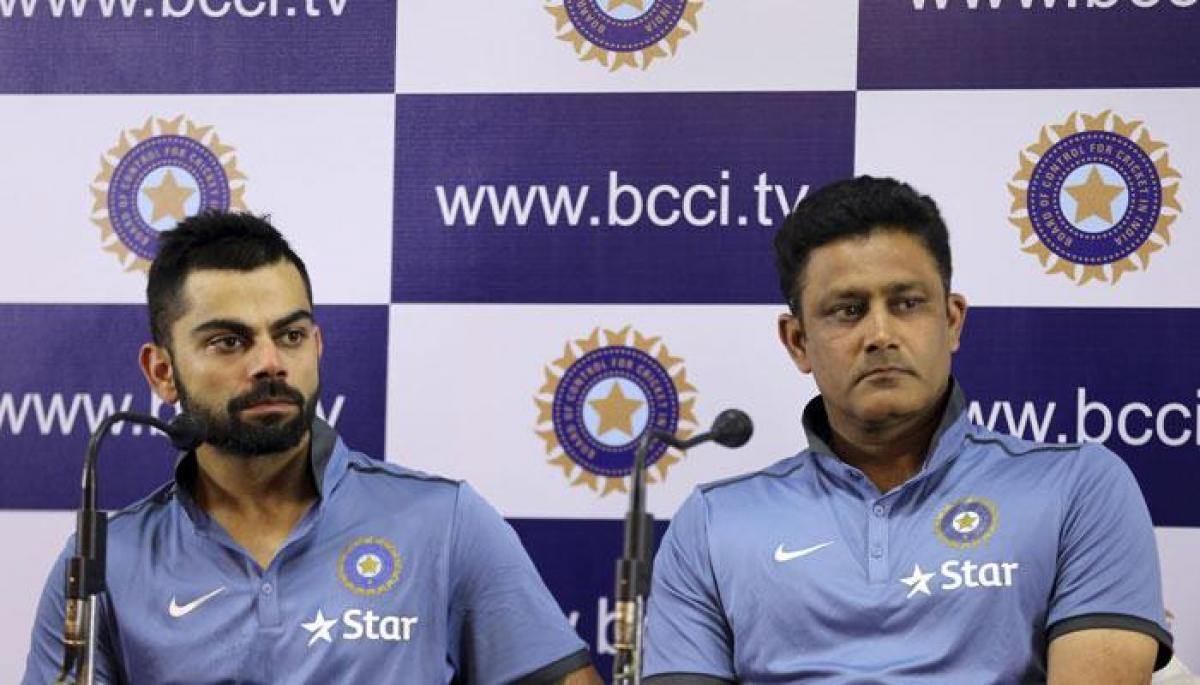 Hailing India's strategy to go with five bowlers in the traditional format, the former India all-rounder said: "It's very important that the bowling unit is developed in such a fashion that even when India tours overseas, spinners will have to play a particular role and role reverses for seamers, when they play in India."

"You need to develop a bowling attack that gives you results in all conditions. That is the thinking that goes behind, showing faith in quicker bowlers."

"You don't see often in India that three spinners are playing but there are also two seamers in the line-up. Lot of credit should go to Virat and Anil for the way they have planned things for Indian cricket," he added.

Picking pacer Umesh Yadav as the "most improved" bowler from the last season, Bangar said: "Each fast bowler is different. Umesh, I think, is the most improved. He can move both ways and is good both at the start of the innings and mid-way through."

"Ishant (Sharma) bowls mostly back of the length while Bhuvi (Bhuvneshwar Kumar) is more conventional. But all of them have been playing a major role," he added.

Lauding the batting unit for their brilliant effort to post a mammoth 687/6 declared in the first innings, Bangar said: "The Indian batsmen have always set a benchmark for themselves and have been in quest of excellence. The best part is that they always put the team's requirements ahead of their personal milestones."