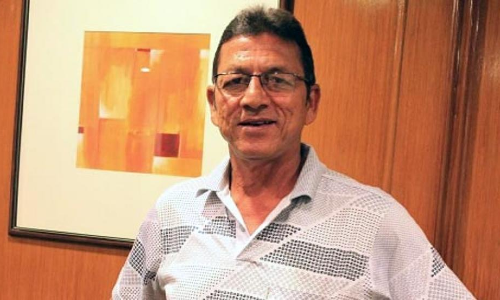 Mumbai: Mohun Bagan coach Suranjoy Sen showed his annoyance today at national football coach Stephen Constantine's recent criticism of his team's goalkeeper Debjit Majumder for not attending a World Cup preparatory camp last year despite being called up. "He told the door is shut for him and he will not think of him in future. Who said he (Majumder) did not respond and even if he does not respond he (Constantine) has no right to say that he will not be called up again," said Sen to a query on the issue during the pre-game media briefing ahead of tomorrow's I-League clash between Bagan and Mumbai FC.

"He's a foreign coach and he can do anything. I am a coach and it's a shame for us coaches also. I never think like this. What is the ambition of a player - to represent the country - and the (national) coach is saying the door is shut on him. It's a shame," fumed Sen. Constantine, who was in Siliguri last Sunday to watch the Kolkata I-League Derby between Bagan and arch-rivals East Bengal, was reported to have ticked off Majumder during a media interaction for not having reported to the national camp at Kochi ahead of India's World Cup qualifier against Turkmenistan.

Sen also pleaded with the All India Football Federation (AIFF) to give a chance to Indian coaches to show their worth with the national team. "For a long time India was ruled by the British and you all know we all feel that one foreign coach will come and he will show the magic. It's not like that. If you see football whatever success Indian football has tasted at the Asian Games or SAF Games, it was the Indian coaches who got the results. "Over the last ten-20 years foreign coaches are coming and going. Now it's Constantine, then another person will come from Spain and then from Holland. Let's give chances to Indian coaches and let's see what Indian coaches can do.

"But it's upto the AIFF and if I say something it will be difficult for me also. You know last year I had to pay (Rs) five lakhs (as penalty)," said the outspoken Sen.