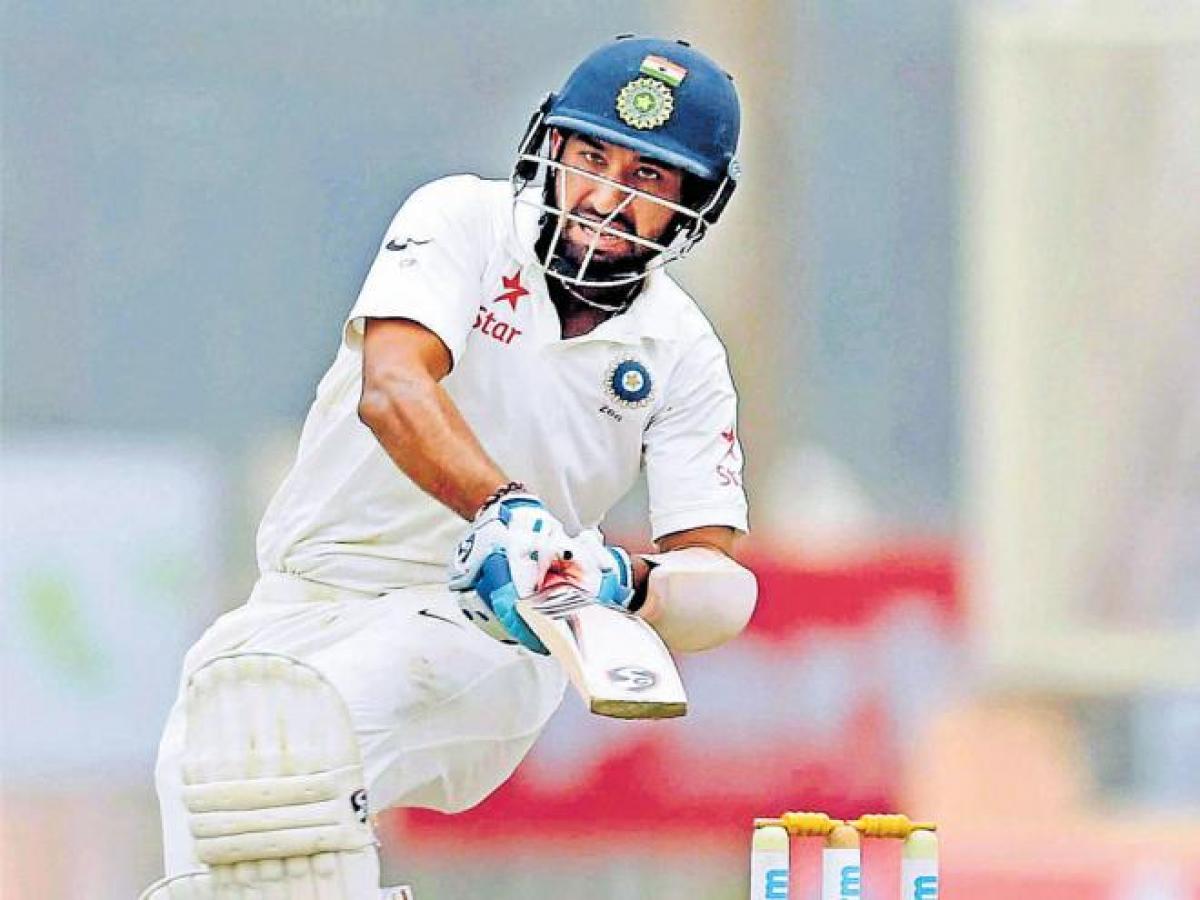 Opener Lokesh Rahul scored a stylish half-century before throwing away his wicket as India reached 153 for two at tea on the second day of the fourth and final cricket Test, here today.

Opener Lokesh Rahul scored a stylish half-century before throwing away his wicket as India reached 153 for two at tea on the second day of the fourth and final cricket Test, here today.

Rahul looked comfortable during his knock of 60 - his fifth half-century of the series - before a sudden rush of blood saw him play a pull shot off a Pat Cummins short ball only to offer a simple skier to David Warner at cover.

Rahul hit nine fours and a slog-swept six off Steve O'Keefe and faced 124 deliveries in all.

Pujara played some glorious on-drives using his feet against both O'keefe and Nathan Lyon. The half-century came up with a whip through the mid-wicket region as he reaffirmed his status of being India's best batsman in the current series.

Pujara has so far hit five fours in 145 balls.

The Rahul-Pujara duo added 87 runs for the second wicket to lend solidity to the Indian innings after Murali Vijay's (11) early departure.

Rahul was elegant as ever during his innings but his duel with Cummins during the first and second session was worth watching.

With Australia playing on the bounciest of pitches, Cummins was used in short bursts as Rahul showed good technique while swaying away from the bouncers.

The spell that Cummins bowled in the post lunch session was a hostile one but Rahul punched the fast bowler through point region to get a boundary.

However, having left a barrage of short stuff, his patience finally gave away and the mistimed pull-shot was a result of lapse in concentration.

With India playing a batsman short, the dressing room must not have been a very happy place for Rahul for the indiscretion that he showed.

India began slowly during the first hour but courtesy Rahul picked up the tempo during the second hour as they ran well between the wickets and also punished the loose deliveries. The first boundary was an inside out cover drive off Lyon. He did survive a nasty Cummins delivery that flew past the slip cordon.

After initial period of caution, he did take some risks - uppishly sweeping Lyon for a boundary as run flow was stopped by the Australian bowlers.

When Cummins bowled one into his ribs, he nicely tucked one off his hips to fine leg boundary. The shot off the day was an on-drive off Cummins that raced to the fence.

Pujara was solid as ever at the other end not taking any undue risks. He teed off with a cover driven boundary off Hazlewood and taking singles at will. When O'Keefe was brought into the attack, he came down the track to hit a cover drive.

Hazlewood (1/31 in 14 overs) and Cummins (1/45 in 15 overs) bowled an impeccable line in the first hour. Especially Hazlewood, who bowled the perfect length on the off-stump getting it move a shade away.

Vijay hit a flowing cover drive off Hazlewood and got another off the bowler even though it wasn't a controlled shot. But Hazlewood had found his channel by then and was able to hit a few visible cracks from which the deliveries were deviating away. A faint nick was gobbled up by Matthew Wade with Hazlewood getting his first wicket.