India move up to third place in ICC ODI rankings 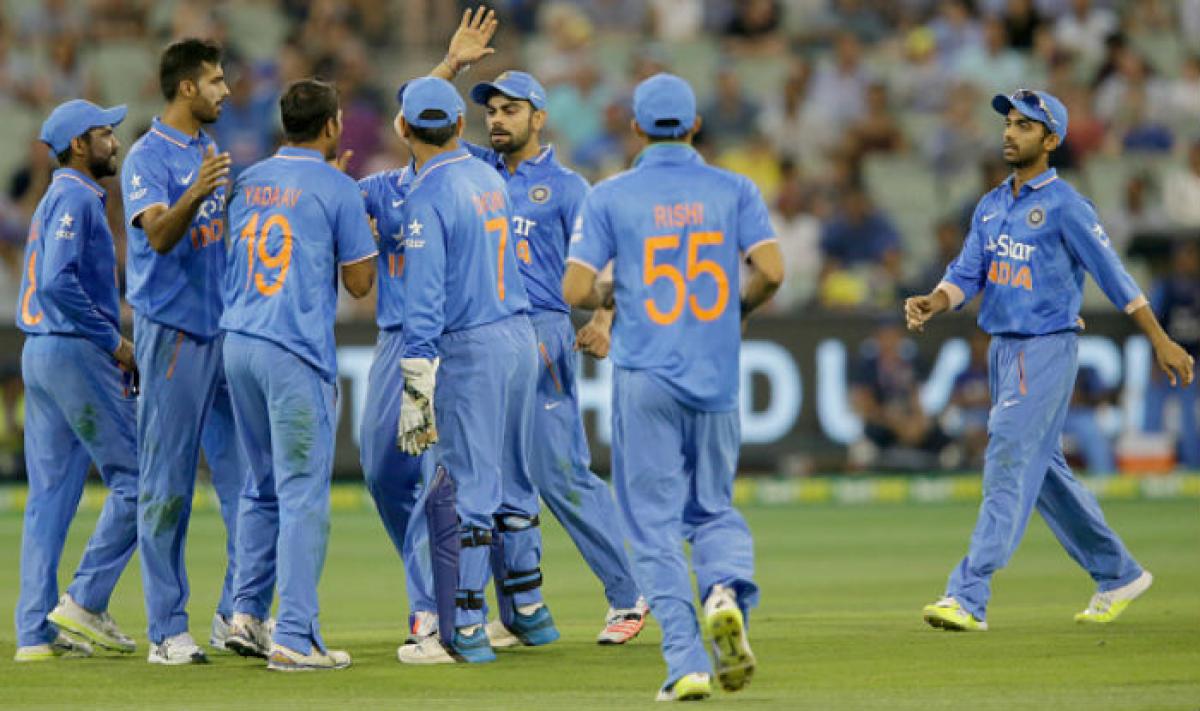 Australia remained in the second position while India, which will defend the ICC Champions Trophy title in the UK in June, has swapped places with ICC Cricket World Cup 2015 finalist New Zealand.

Both the sides have gained points following the update but India’s five-point gain against New Zealand’s increase of three means India are now ranked third with 117 points and New Zealand a notch below at fourth with 115 points in their kitty.

The West Indies are in a spot of bother as per the latest rankings list released today.

The eighth—ranked Pakistan has opened up a nine—point advantage over ninth—ranked the West Indies, which can prove decisive since England plus the next seven highest-ranked sides as on 30 September 2017 will qualify automatically for the ICC Cricket World Cup 2019.

Both Pakistan and ninth—ranked West Indies have dropped points following the update — Pakistan slipping from 90 points to 88 points and the West Indies sliding from 83 points to 79 points. However, Pakistan’s pre-update seven-point gap has extended to nine points.

Bangladesh has surrendered one point and is now on 91 points, but its gap over eighth-ranked Pakistan has increased from two points to three.

Sri Lanka, which was sitting pretty on 98 points prior to the annual update, has slid to 93 points to now lead Bangladesh by only two points. However, Sri Lanka leads the West Indies by 14 points.

Meanwhile, South Africa has gained four points to remain on top with 123 points, while second—ranked Australia stay put on 118 points.

England, which will host the ICC Champions Trophy 2017 and the ICC Cricket World Cup 2019, has retained its fifth ranking but has moved up one point to 109.

There is no change to 10th—ranked Afghanistan’s tally of 52 points, but 11th—ranked Zimbabwe has dropped two points and is now on 46 points. Ireland has gained one point and is on 43 points.