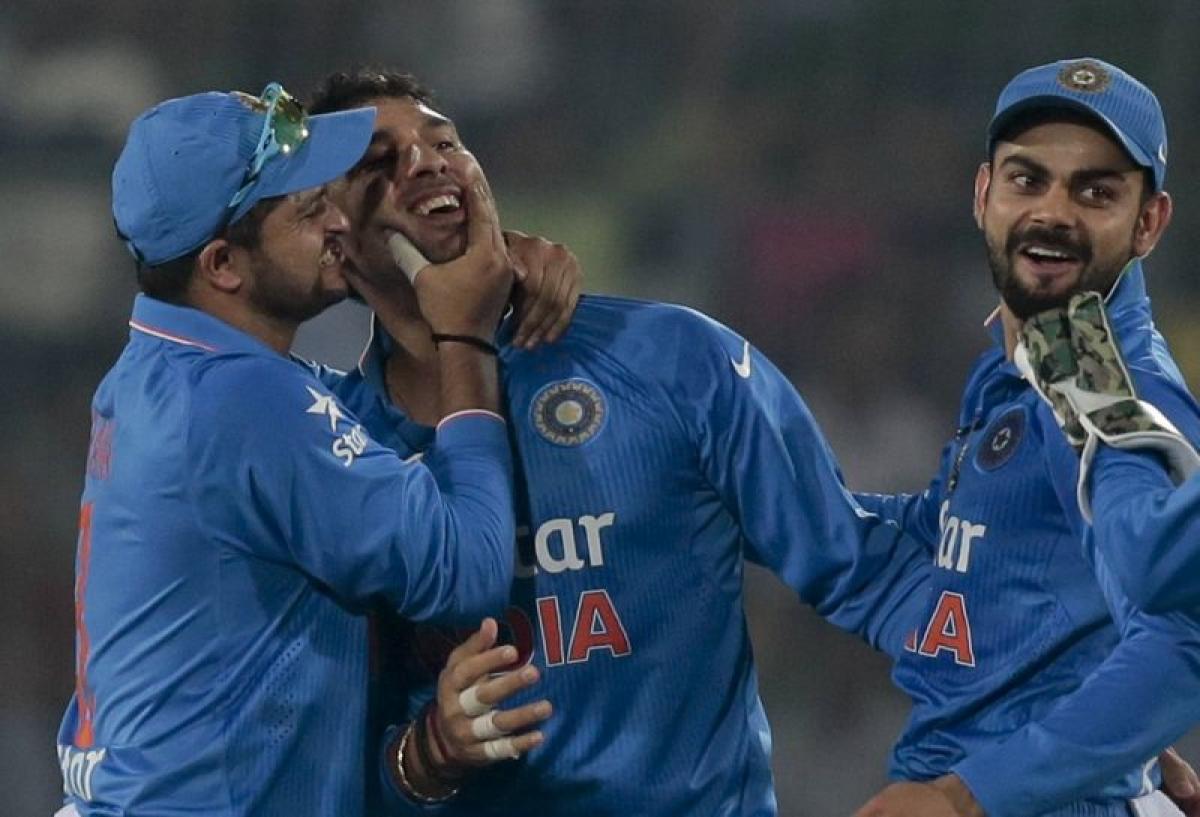 While Kohli is placed in the 13th spot and Dhoni in the 15th, Yuvraj and Raina have been ranked 90th and 95th respectively, said a media release here today.

The list is ESPN?s ranking of the 100 most famous active athletes in the world.

The others in the top ten are: Phil Mickelson, Neymar Usain Bolt, Kevin Durant, Rafael Nadal and Tiger Woods.

The ranking is based on a formula devised by ESPN director of sports analytics Ben Alamar, which combines endorsements, social media reach and other data to create a comparative ranking system, the media release explained.

In February, 28-year-old Kohli joined the likes of Bolt, Rickie Fowler and Thierry Henry as a Puma endorser and his eight-year deal with the shoe company is worth more than 100 crore rupees, the largest ever for an Indian athlete, the release said.

As part of the overall package ESPN The Magazine will dedicate an entire issue to World Fame 100, including features on some athletes, notably Yuvraj, and its slated to hit news stands in the US on June 2, the release said.

After beating a rare form of lung cancer, Yuvraj has given fans someone to look up to when things get tough. In 2015, he launched the YouWeCan foundation to fight cancer.