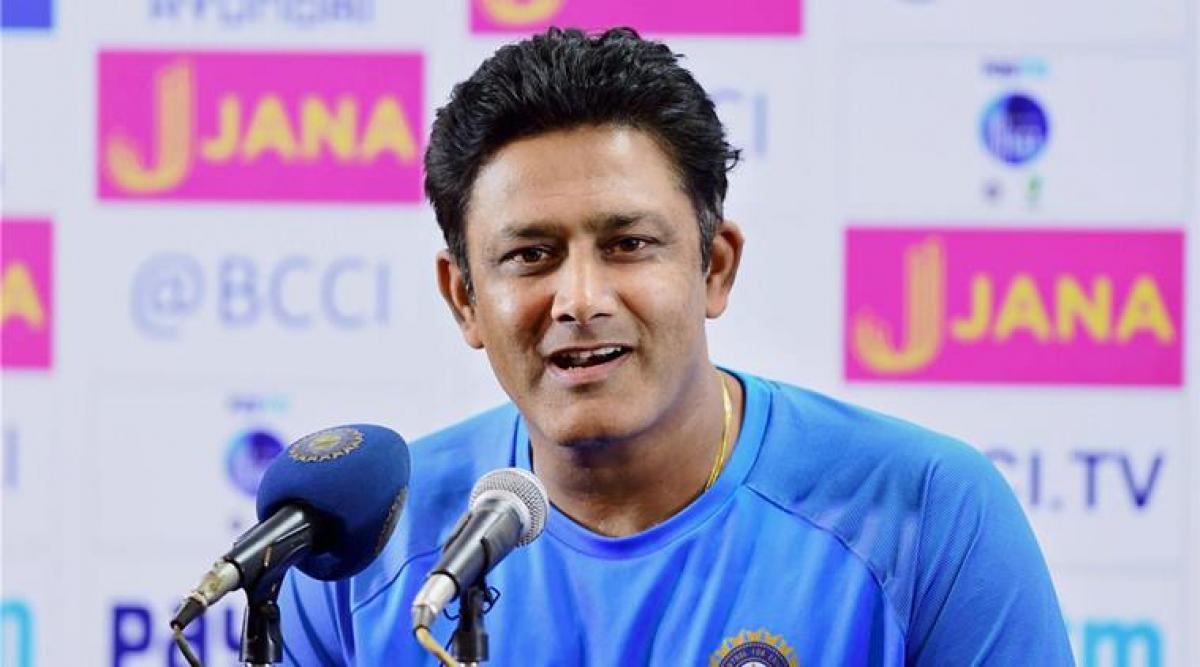 The Cricket Advisory Committee (CAC), comprising of Sourav Ganguly, Sachin Tendulkar and V.V.S. Laxman, of the Board of Control for Cricket in India (BCCI) met and discussed the process with regard to the selection of the head coach of Team India on Thursday.

The Cricket Advisory Committee (CAC), comprising of Sourav Ganguly, Sachin Tendulkar and V.V.S. Laxman, of the Board of Control for Cricket in India (BCCI) met and discussed the process with regard to the selection of the head coach of Team India on Thursday.

After the meeting, it was decided by the CAC to revert to the BCCI, at an appropriate time.

Reports say that the CAC has decided to retain Anil Kumble as the head coach. The decision will now be ratified in a June 26 Special General Meeting.

The BCCI had earlier invited applications for the post of the head coach as Kumble's one-year tenure comes to an end with the ICC Champions Trophy.

While Dodda Ganesh, Lalchand Rajput, Richard Pybus and Tom Moody had submitted applications for the post, Virender Sehwag forwarded a two-line cover letter to the management.

The exercise to appoint a new head coach comes amid reports of a rift between Kumble and skipper Virat Kohli.

Kohli, however, denied the validity of any such rumours and criticised the media for raking up the issue.

The Board had also said it was not under any pressure and was just following a process because Kumble's contract was for one year and the selection process needed to be kept transparent.

The BCCI seems to be all set to retain chief coach Anil Kumble as acting president CK Khanna on Thursday wrote a letter to secretary Amitabh Chaudhary urging him to defer the recruitment process till the end of the West Indies tour.

However a final call can only be taken after Committee of Administrators (COA) give a final nod.

"I have written a letter to the secretary asking him to defer the recruitment process till June 26 when BCCI's SGM will be held. At this point in time, it will not be prudent to carry on with the process when India is playing a tournament," Khanna said.

"Whether it is Anil Kumble retained or anyone else roped in, whoever gets the job will be given a contract till 2019 World Cup," he added.

In fact, IPL chairman and influential BCCI official Rajeev Shukla is also against this hurried process of appointing the new coach.

"The acting president spoke to senior members and we are all of the opinion that the matter be placed before the SGM in Mumbai on June 26. Till such time, any recruitment process should be kept on hold. Majority of the members are of the same opinion," Shukla.

Even the Cricket Advisory Committee (CAC) comprising Sachin Tendulkar, SouravGanguly and VVS Laxman who were had an internal meeting on Thursday wants current coach Anil Kumble to continue as the chief coach of the national team.

It is learnt that trio of Ganguly, Laxman and Tendulkar, who had roped in Kumble in place of Ravi Shastri are not too keen on replacing the legendary leg-spinner.

Save one office-bearer, who is believed to be close to former BCCI president N Srinivasan and is a staunch Kumble critic, the others are against setting a precedent where virtually the Indian captain decides on who will be the coach of the side.

The scheduled meeting of CAC was supposed to take place post midnight (IST) with CEO Rahul Johri expected to co-ordinate the meeting.

It is learnt that CAC members may decide against conducting any interviews with at least two of three are dead against replacing Kumble.

The news of skipper Virat Kohli's alleged difference with Kumble has been making rounds for some time now. The BCCI invited applications for coach's post and even a section of officials, who are anti-Kumble convinced Virender Sehwag to apply for the post.

"The team has had great performances under Kumble. If the team reaches semi-final or say final, the BCCI would cut a sorry figure if they are forced to replace Kumble. On the other hand, cricket teams are essentially run by captains. One needs to respect a captain's viewpoint also. It's a Catch-22 situation for CAC members," a BCCI official present here said.

The magnitude of problem according to BCCI insiders has been blown out of proportion.

"Virat has never come and told any BCCI official that he doesn't want to work with Kumble. And moreover if Kumble and Virat don't get along, what is the guarantee that Viru (Sehwag) and Virat will be on the same page. Everyone in Indian cricketing circuit knows that Sehwag is also a no-nonsense person," the source said.

In fact, many in BCCI believe that Sehwag has the least chance to make it especially after his two-line CV that has not gone down well in some quarters. Tom Moody with his cool demeanour still has a better chance than Sehwag if the CAC decides on going ahead with the interviews.