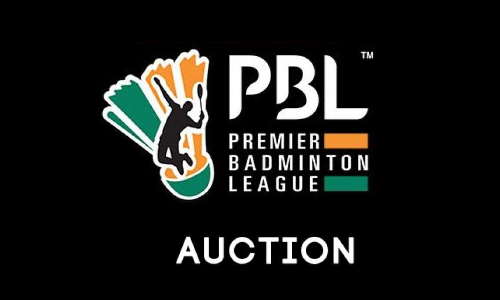 Saina, the London Olympics bronze medallist, was bought as the icon player by the North Eastern Warriors for Rs 80 lakh. She had earlier represented the Awadhe Warriors for the past three editions.

"PBL Season 4 is coming up. I am really happy to know that I am with the North Eastern Warriors. So, really looking forward to play," Saina said in a Twitter video.

Sindhu, the Rio Olympics silver medallist, will feature for the Hyderabad franchise after the defending champions picked her up for Rs 80 lakh, while Rio gold medallist Carolina Marin of Spain also went for the same price to Pune. World No.9 Sung Ji Hyun was snapped up by Chennai Smashers, also for Rs 80 lakh.

Among the big names in men's badminton, former World No.1 Victor Axelsen of Denmark was picked up by Ahmedabad Smash Masters for Rs 80 lakh, while World No.6 Kidambi Srikanth joined Bengaluru Raptor for the same amount.

H.S. Prannoy was bought by Delhi Dashers after a bidding war with Mumbai Rockets for Rs 80 lakh, while South Korea's Sung Ji Hyun and Lee Yong Dae also went for the same amount to Chennai Smashers and Mumbai, respectively.

Teenaged sensation Lakshya Sen was bought by Pune for Rs 11 lakh while another youngster Satwiksairaj Rankireddy went for a whopping Rs 52 lakh to the Ahmedabad Smash Masters.