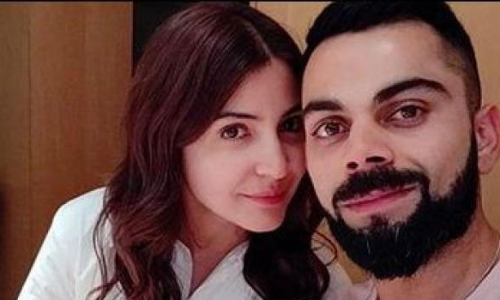 Ishant Sharma, Mohammed Shami and Jasprit Bumrah took 14 of 20 wickets at Adelaide Oval in a fine debut as a pace trio on Australian soil.

Melbourne: India are treating their pace bowlers like prize-winning thoroughbreds after the series-opening win over Australia in Adelaide while cautioning them against straining too hard at the reins when the second match gets underway in Perth.

Ishant Sharma, Mohammed Shami and Jasprit Bumrah took 14 of 20 wickets at Adelaide Oval in a fine debut as a pace trio on Australian soil that helped fire the tourists to a 31-run win on Monday.

Former England captain Michael Vaughan wrote on Twitter that India skipper Virat Kohli and actress wife Anushka Sharma had given up their business class seats to two of the quicks for the 3.5 hour flight from Adelaide to Perth on Tuesday.

India coach Ravi Shastri said all three were being spared net duties on Tuesday in a bid to freshen up before day one of the second Test starting at Perth Stadium on Friday.

“I think fast bowlers are a precious commodity and they need to be taken care of like what you do with a racehorse,” India bowling coach Bharat Arun told reporters in Perth on Wednesday.

Witnessed @imVkohli & his wife give up their Business class seats to allow the Quicks more comfort & space on the trip from Adelaide - Perth !! Danger Australia .. Not only are the quicks more relaxed .. The Skipper is managing his troops with great human touches #AUSvIND

Friday’s Test will be the first played at the new Perth Stadium, which has a drop-in pitch and succeeded the WACA as the city’s premier venue for internationals.

Perth Stadium curator Brett Sipthorpe is keen to produce a fast, bouncy wicket that would not be out of place at the WACA.

“Definitely with a little help from the wicket, obviously the bowlers would love that sort of a wicket,” he said.

“Again, whatever is in the offing, we are happy with it.”

However, he said he would urge his bowlers to stick to the same recipe that brought success in Adelaide — consistency and sustained pressure.

“You can be carried away with the extra pace and bounce but again you need to understand that on any responsive track, what is really going to be successful is your consistency,” he said.

“And that’s exactly what we’re going to work with the bowlers.”

While the quicks were akin to racehorses, Arun likened spinner Ravichandran Ashwin, who took six wickets and bowled a huge load at Adelaide, to a fine wine.

“Spinners mature a lot with age, maybe they’re like wine,” he said.

“He helped us gain control. He gave us the control, bowling close to 90 overs for 147 runs and six wickets, you can’t ask for better.”