Hyderabad Football League to kick off on March 29 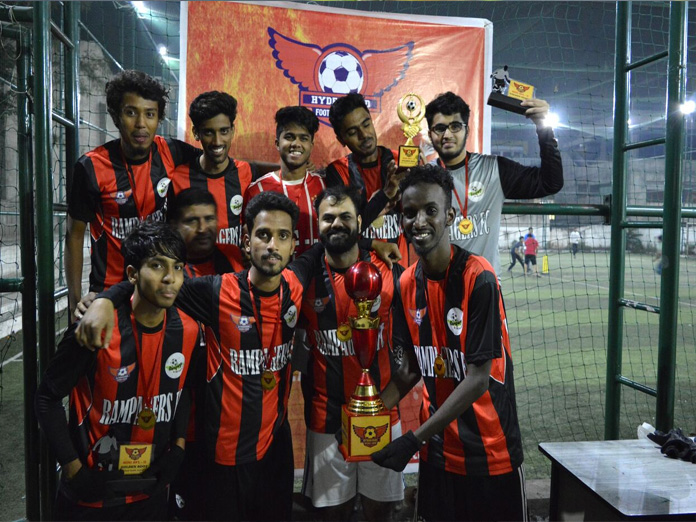 Hyderabad Football League, the only proam professionalamateur league in Hyderabad, is set to launch its fourth season from March 29th

​Hyderabad: Hyderabad Football League, the only pro-am (professional-amateur) league in Hyderabad, is set to launch its fourth season from March 29th.

Season 4 of HFL will be the first season where players will be picked through an auction and all the players will receive contracts from the franchises. This is to ensure that all players get paid to play so that it encourages more people to take up football.

The fourth season will have 12 franchises and the 10-week long event will see 144 players participating in the league. The HFL will give out Rs 8 lakh as cash prize to the winners and Rs 4 lakh to the runners-up.

HFL has an organised structure, including a three-month long duration of the league, with matches on home and away basis, professional AIFF certified referees transfer window and live coverage of all the matches.

The Hyderabad Football League concluded a Mini HFL at Iron Threads Arena, Yousufguda, on Saturday. The Mini HFL is a tournament which is primarily aimed to scout new talent as well as give a chance to the budding players to play alongside professional players in the main season.

This three-week long tournament witnessed the participation of 10 teams with Rampagers Football Club emerging as the winner. The winning team was awarded a trophy and Rs 35,000 while the runners-up team won Rs 15,000.

Responsible for reviving the footballing culture in Hyderabad, HFL was started in 2016 and has hosted three successful seasons so far with cash rewards for the winning teams amounting to up to 9 lakh. The last season saw Telugu movie star and avid sports buff Akhil Akkineni as the brand ambassador for HFL. To top it all, HFL had ace Indian footballer Bhaichung Bhutia as its league mentor.

Murad Jasani, Founder and MD of HFL, said: “We are really happy with how things have shaped up so far. The last three seasons have been hugely successful. With the help of our mini HFL tournaments we have been able to unearth a lot of new talent to participate in the main league. Mini HFL 2 was so competitive that we now feel that HFL 4 will be the best season till date.”