School Football League: Girls Final to be held on Jan 27 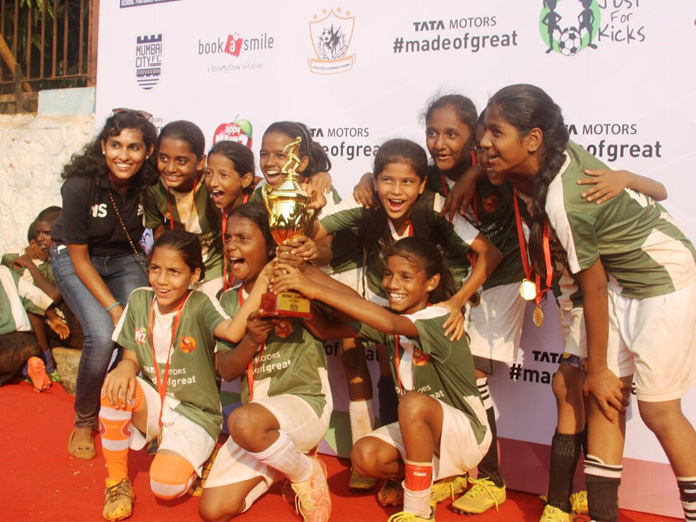 ​Hyderabad: The much- talked about School Football League(SFL)’s Girls Final will be held on January 27 at Birla Open Minds School in Kollur. This is the second edition of the tournament.

Tejo Ananth - Founder and Director for Hyderabad Football Academy and School Football League says: “Boys football is common. But, girls football is not so common. But, surprisingly there’s a rising number of girls playing football and schools are also encouraging them. More girls are playing high school football in twin cities now. SFL is the good indication for this growing trend that girls too can play football. It is a hard, but a worth game to be played by the girls”.

There are more opportunities now than ever before for girls to get involved with the football game at school level informs, Himanshu Charan, Partner & Director of School Football League. The boys semi-finals and finals is scheduled for February 9-10 at Sreenidhi International School in Aziz Nagar.

Over 100 matches resulted in these teams finally coming together to compete for the Championships. A total 13 girls football teams competed in two categories in under-13 and 15 years to reach the finals.
The top seven schools that compete in the Girls Final include: Pudami Karvy Govt, Karavan Govt, Birla Open Minds, Pudami Government, Aga Khan Academy, Rockwell Intl School, Future Kids Intl School.

Each of these teams have played five to six matches in league level over the last two months to reach the final. The top two will compete for Champion’s Trophy, next two for Premier Cup and subsequent top two for Player’s Shield. It is a eleven-side football game. This format actually tests players to their limits on the physical, mental and tactical aspects of the game. With each half 30 minutes, it is an hour game.

SFL is designed so well keeping in mind a comprehensive match experience for the players. Girls matches are held only in two categories, 13, 15, boys additionally under 18 years. 50 School Teams, both boys and girls competed in this long journey.

SFL is one of its kind. A dedicated league that too for Football, which is considers as a poor man's sport and above all in league format is hard to find. Hyderabad Football Academy and Kerala Blasters FC are co-presenting SFC

The city was once the hotbed for football. 8 players out of the Indian Football team defeated Australia on December 01, 1956 in the quarter finals of the Olympics in Melbourne were from Hyderabad. Over the years, the city has produced 14 Olympians and 21 International footballers. The Hyderabad Police Football team is one of the most respected teams. Such was the dominance of Hyderabad on the sport both at national and international football scene.

SFL was born to provide a high quality competitive tournament experience to young players, build and engage communities through football, reignite the passion for football and put Hyderabad back on the national map. It is our endeavour to nurture a generation of players and fans who will carry Indian into FIFA WC 2026, added Himanshu.