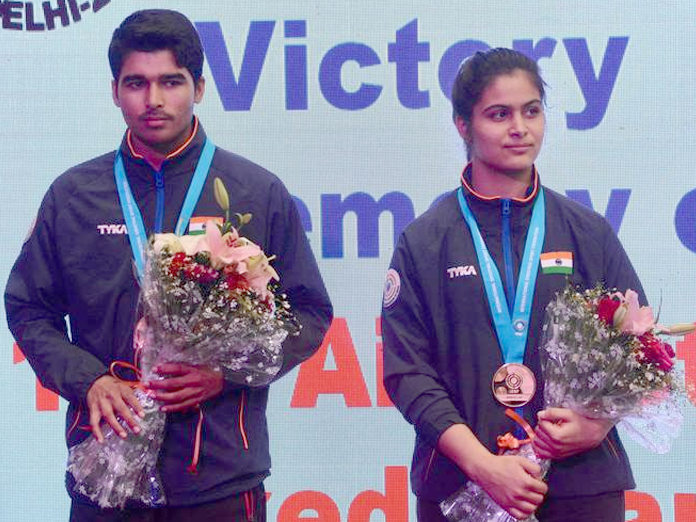 The Indian pair shot a total of 483.4 to finish top of the podium, helping the hosts finish the tournament with a flourish after a few results that did not go their way over the last three days.

The Chinese duo of Ranxin Jiang and Bowen Zhang won silver with 477.7, while the bronze went to the Korean team of Minjung Kim and Daehun Park (418.8) at the Dr Karni Singh Shooting Range.

Such was the Indian duo’s dominance through the final that the difference between gold and silver medallist at the end was a hopping at the end was 5.8.

Having entered the final after equalling the qualification world record, Saurabh and Manu continued in the same vein and once they moved to the top spot, there was no looking back as they consistently shot high and mid 10.

The other Indian team in the fray, Heena Sidhu and Abhishek Verma, could not clear the qualification hurdle after aggregating 770. The Indian shooters in 10m air rifle mixed team event Ravi Kumar and Anjum Moudgil and Apurvi Chandela and Deepak Kumar finished seventh and 25th.