Of places ancient and now 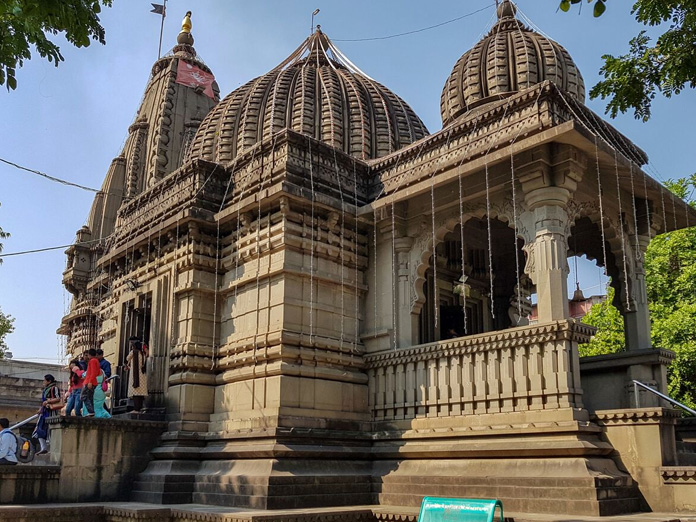 Nashik, only lately fashionable as a tourist destination thanks to its many vineyards, might have come to be in vogue only in the last couple of years But as one of the sites of the fabled Kumbh Mela that happens every 12 years across four different locations in the country, Nashik has always been a special place of mythological and religious significance for Hindus

Nashik, only lately fashionable as a tourist destination thanks to its many vineyards, might have come to be in vogue only in the last couple of years. But as one of the sites of the fabled Kumbh Mela that happens every 12 years across four different locations in the country, Nashik has always been a special place of mythological and religious significance for Hindus.

Add to this the fact that this ancient city is also believed have been the setting for many an important episode of Sage Valmiki’s epic, Ramayana. Even its name, as the legend goes, is believed to have come from the word Nasika - the Hindi word for nose, for here is where Ram’s brother Lakshman cut off Surpanaka’s nose. This is held by many to be the turning point in the tale, where everything began.

In the old quarter of the city of Nashik is Panchavati, a Ramayana site located at a Triveni Sangam - a sacred place where three rivers meet. Starting from this confluence of the Rivers Varuni and Taruni with the River Godavari, that comes from Triambakeshwar is a full trail that runs across the Panchavati area, making a full circuit of all the Ramayana places in the area and their associated temples.

The best way to explore ancient are of Panchavati is by auto. For there are numerous temples dotting the area’s many lanes and by-lanes to mark the spot where scenes from the Ramayana are believed to have occurred. There are specific autos here that do this trail for a fixed fee. Besides being the only way to do this - for taxis are not allowed beyond the Triveni Sangam area, it is also the most convenient, for some of the narrower lanes by Ramkund and Sita Gufaa tend to be packed with people on foot. The most prominent of these temples are the Kalaram Mandir and Sree Kapaleshwar Mandir.

Besides these, the trail takes you to the Vanvaas Sthaan - where Ram, Sita and Lakshman stayed during the latter half of their 14-year exile (vanvaas), Tapovan - where Lakshman did his penance even stopping by at interesting temples like the like the Lamba Hanuman Mandir where a huge, saffron coloured Hanuman stands two storeys tall in a tiny little temple. Don’t miss the Goraram Mandir, just adjacent to Sita Gufaa. Though on the outside it looks like just an often-overlooked extension to the Sita Gufaa Temple, it is considered to be a companion temple to the more famous Kalaram Mandir.

Amongst the newer attractions in the city is Muktidham. A marble temple that is home to countless gods and goddesses, from copies of the 12 jyotirlingas to painted verses of the Geeta, here you will find even the Sindhi God, Jhulelaal.

Other places of interest around Nashik include Shirdi and Triam-bakeshwar. Both significant places of worship, they attract devotees in large numbers all year round. Shirdi for being the place of Shirdi Sai Baba and Triambakeshwar renowned for its ancient Shiva Temple where all the Hindu Trinity of Gods - Brahma, Vishnu and Mahesh are present together as the presiding deity in a single Shiva Lin-gam form.

En route Triambakshwer along the Nashik Road is Anjaneri, the birthplace of Hanuman. Though the trek up the Anjaneri mountain - a popular monsoon trek offering panoramic views of endless lush green forests - might not be for everyone, there is a temple dedicated to Hanuman, easily accessible from the main road, to mark the place of his birth.